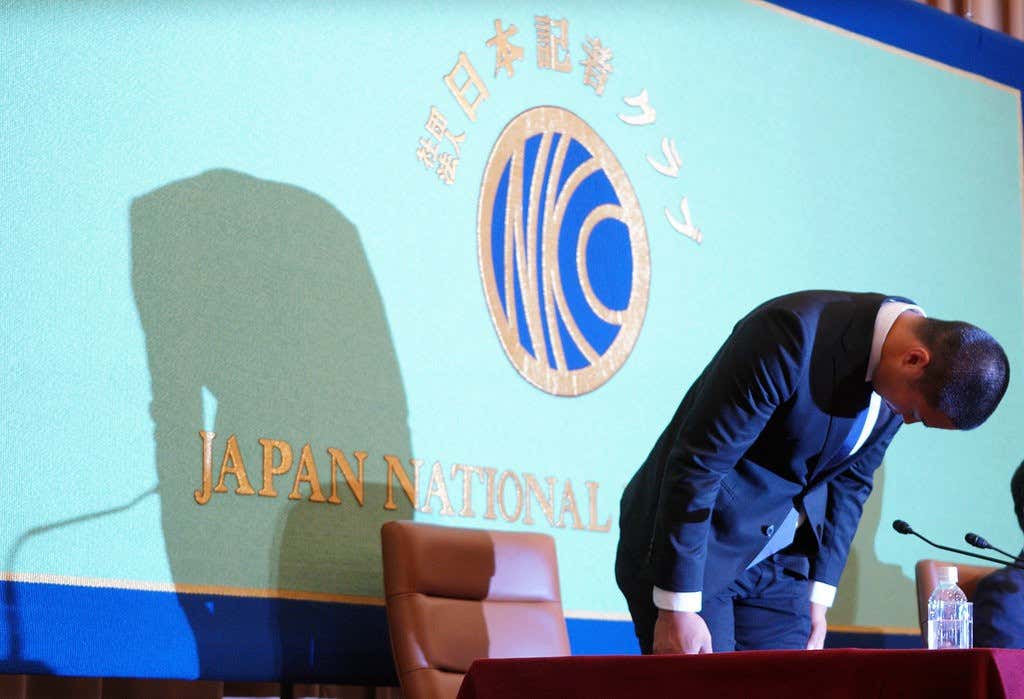 Last week, I blogged about this hit from the world of Japanese college football:

Outside of the ridiculously dirty hit, I came across more surprised that there was college football in Japan than anything else. I didn’t think much more about the hit past last Monday. The people of Japan can’t say the same. 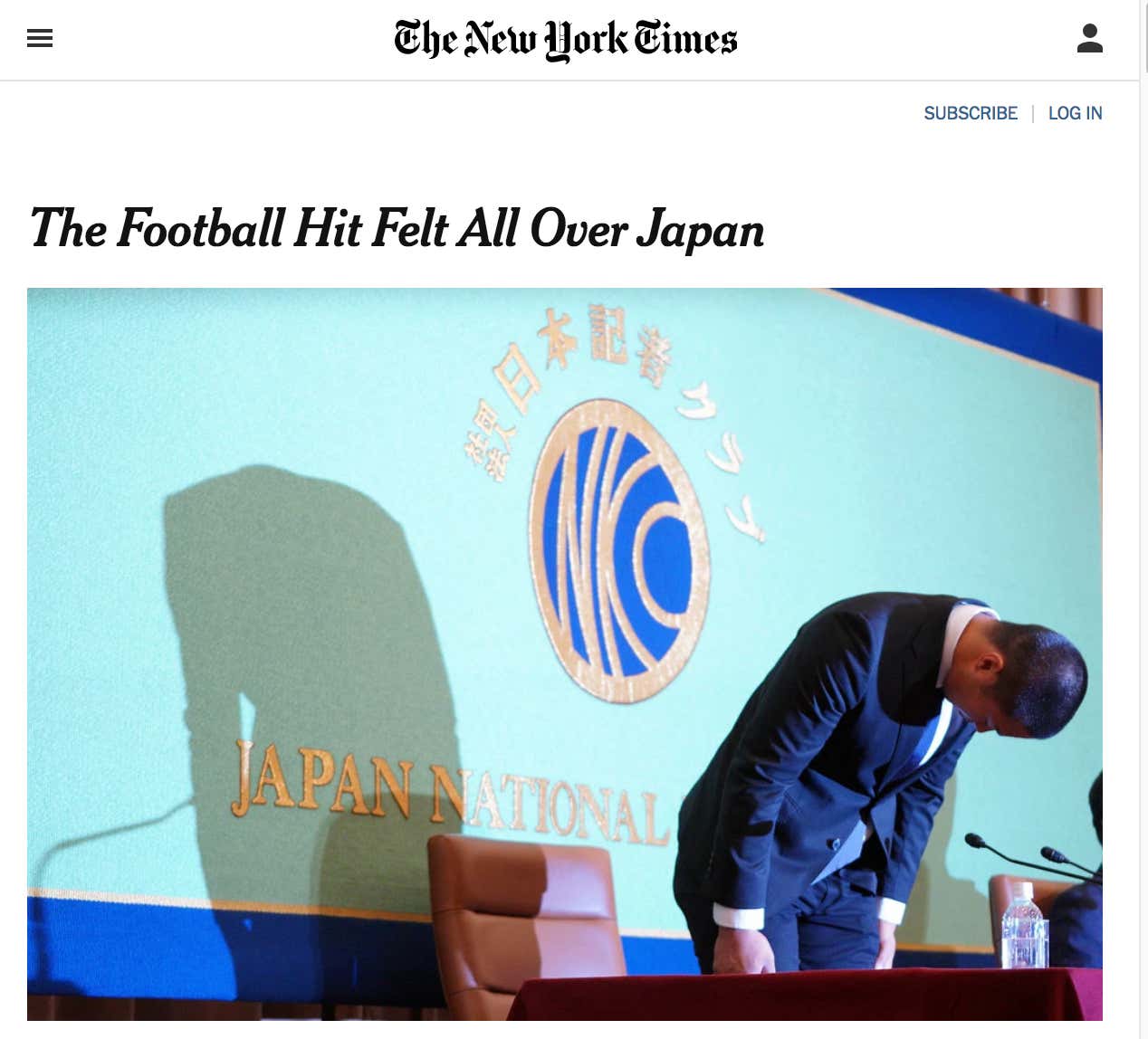 But it happened in Japan, where the play — and what led to it — has touched off nationwide examination of deep-rooted cultural dynamics, including what the Japanese call “power hara,” or harassment by those in power who force underlings to do things against their will.

When asked to explain his actions, the linebacker who crushed the quarterback, forcing him from the game with injuries to the back and knee, delivered an answer that made many recoil: his coaches told him to do it.

Wait…the coach told him to do it?!

The linebacker has been suspended, the coach of the team from Nihon University has resigned, schools have canceled their games against Nihon, and a national conversation about the inherent dangers of the game and its place in Japanese society is at a full boil.

In a stunning, nationally televised news conference in Tokyo on Tuesday, the linebacker, Taisuke Miyagawa, said his coaches ordered him to “crush” the opposing quarterback or risk being benched. Miyagawa said that, along with other comments his coaches made, made it clear to him that he was to injure the quarterback.

He recalled that after he was taken out of the game, he went into a tent on the sideline and cried. He was told he was weak. “You are too naïve,” Miyagawa recalled his coach telling him. “You felt bad for the opponent, didn’t you?”

JAPANESE COLLEGE FOOTBALL IS RAN BY PSYCHOS!!! Look at this guy: 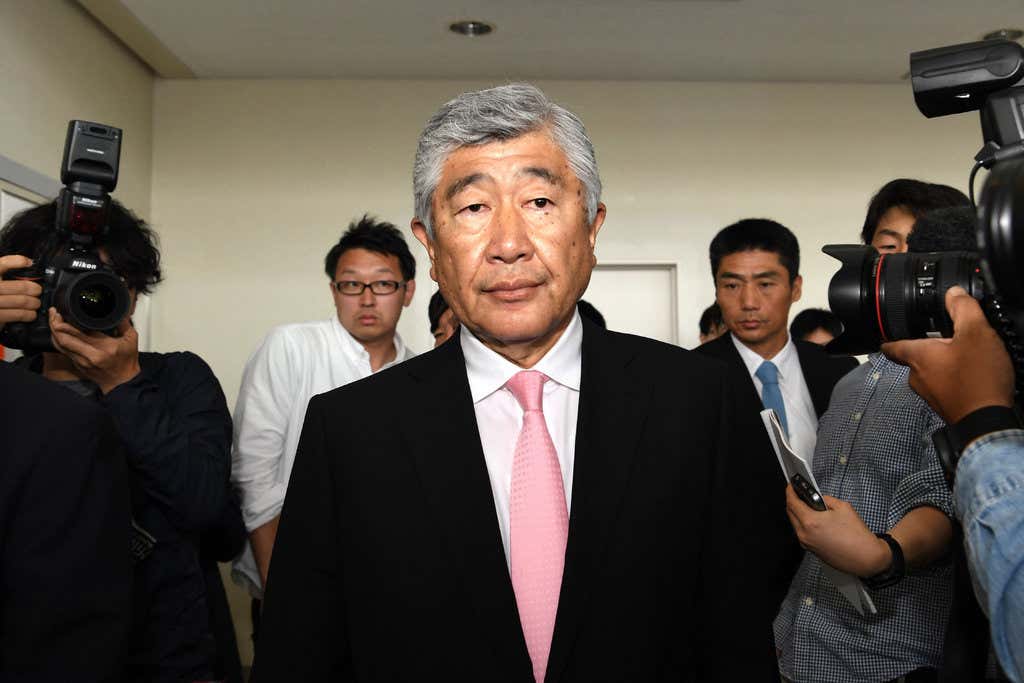 “You felt bad for the opponent?” is such an absurd line I can’t even call it a football guy move. Football guy’s respect the game, they don’t run a damn mafia that calls for players to feel excited after physically assaulting another person.

Miyagawa, his hair trimmed in a close buzz cut, apologized for his actions and bowed deeply for 15 seconds.

A DEEP bow! For 15 seconds!!! That doesn’t happen every day, folks!

Several Japanese media outlets, citing anonymous former and current players for Nihon, reported that Miyagawa was told to “destroy” the opposing quarterback, or risk being benched.

Masato Uchida, the longtime football coach at Nihon, denied ordering the hit, and said he told his team only to play hard.

Seems like Masato Uchida and Greg Williams would get along GREAT:

Even all the way in Japan, college football is causing drama. What a sport.