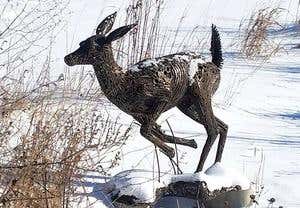 If I were a college football coach, I’d get REAL nervous once spring practice ended. The end of April through July, many coaches have more time to get sleep, but the quality of sleep they get must be way down. September through April, college coaches pretty much control their player’s lives. They pick when practice is, when they have study hall, lifts, dinner, etc. The only time coaches truly don’t have an eye on their players is sometime between April and July. You know what happens during those months? Arrests. The latest comes from Champaign, Illinois.

Who would steal a sculpture from a public park?! Especially that one! Looks like it weighs over 100 pounds! Where would you even put it? Turns out, the answer to my question was right in front of my face: two Illinois football players:

News Gazette-Two University of Illinois football-player roommates who admitted they relocated a steel sculpture from a Champaign park to their rooftop have been charged with theft.

Each man was charged with a single count of theft between $500 and $10,000 for allegedly stealing a deer sculpture titled “Startled” from Scott Park in the 200 block of East Springfield Avenue on April 29.

If convicted, they face penalties ranging from probation to two to five years in prison. 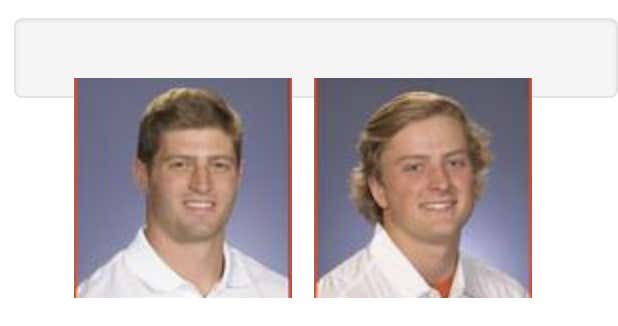 On May 5, Champaign police received a tip that it was on the roof of the apartment complex where the two men lived, just across the street from the park to the west.

Officers went there that day and spoke to several residents, including Marchese and Murtaugh.

Marchese told police that he and Murtaugh were walking home April 29 when they saw the statue lying on the ground and took it to the roof of their building. Murtaugh gave the same basic statement, according to a police report.

This is Illinois Football in 2018. Taking a public park Deer sculpture to throw it on your roof. Led by this man and his beard: 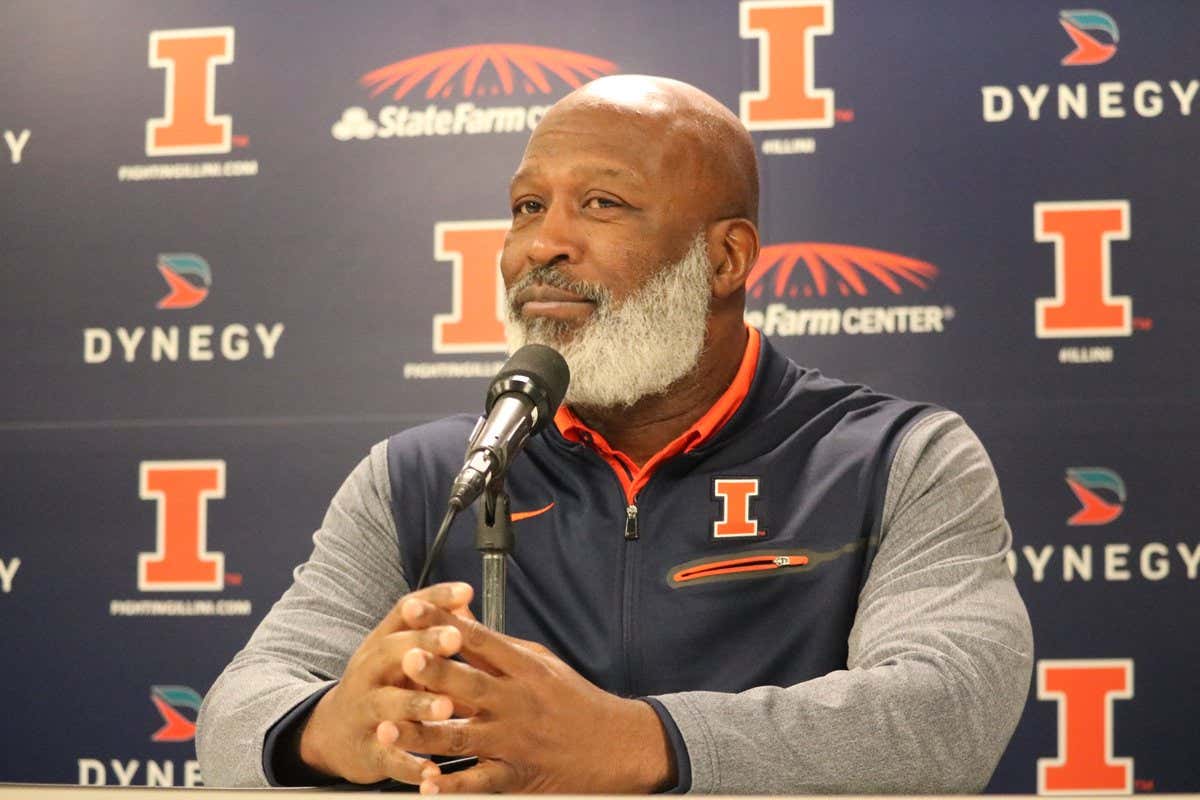 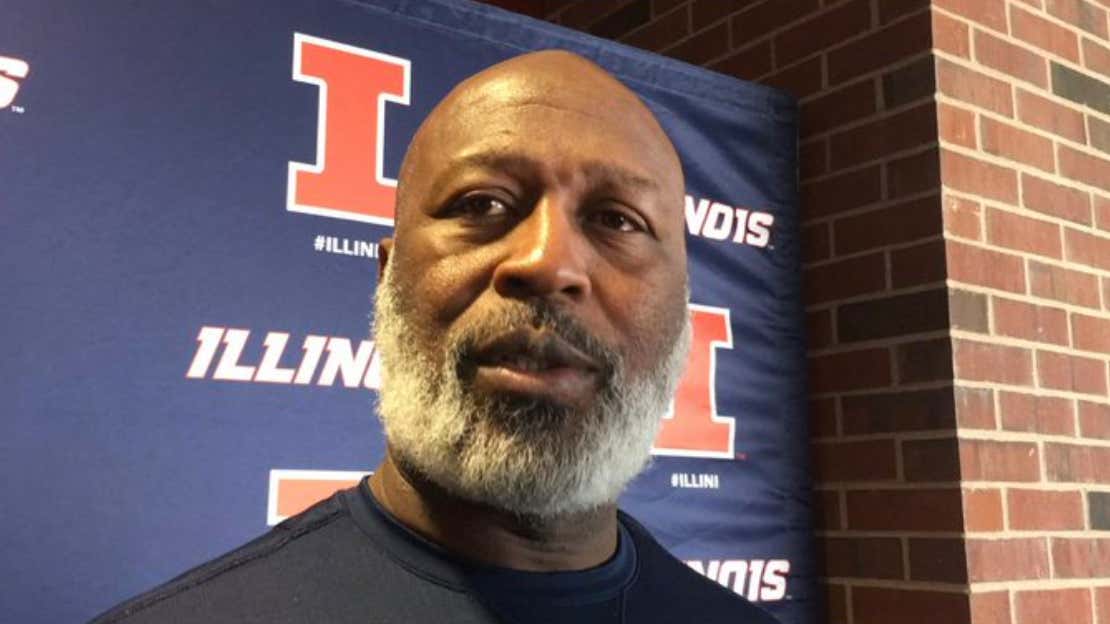 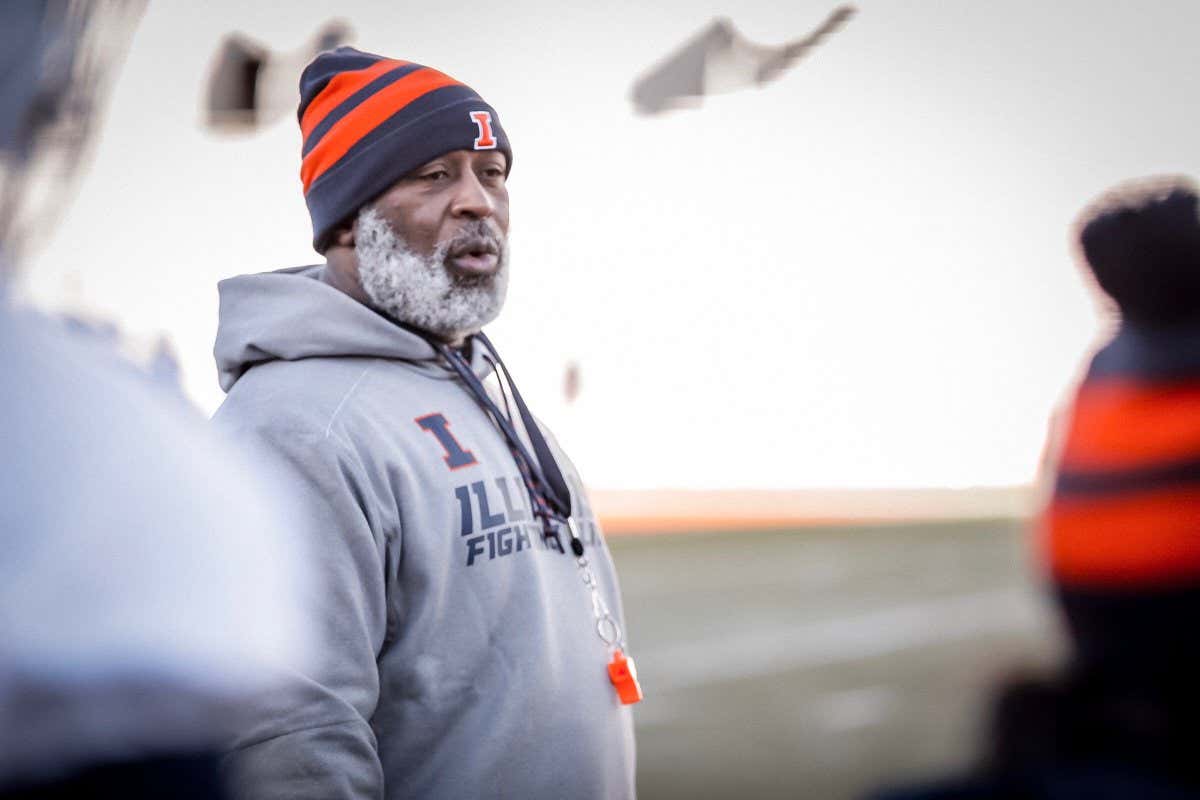 Yes, that is Lovie Smith. He may be 5-19 in his career at Illinois, which includes a loss to Rutgers at home (lol), but he is in the middle of completely revamping the Illini:

Why the change? Thank #LittyvILLe!!!