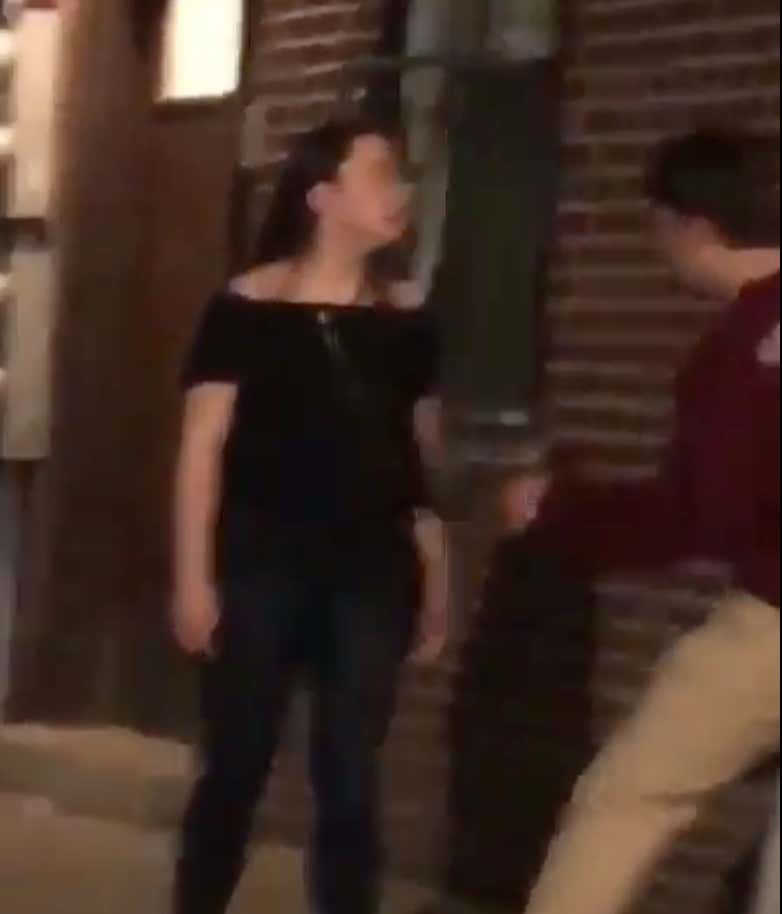 Please watch this video courtesy of the viceroy at Fordham University:

I have never seen such an emasculating event this calendar year. Sure, it’s just May 31st, but this is the leader in the clubhouse for the most preposterous reaction to a breakup in 2018.

At first, I gave this guy the benefit of the doubt and assumed he was laughing. After watching and closely analyzing it about 25 times, I determined he was 100% crying. Being a current student at Fordham, I even heard from a SOURCE, who walked by the scene, that the student was on the ground crying “without a doubt in my mind.” So, let’s get to analyzing the tape.

Before we begin, it is worth noting that this event occurred the night before graduation. Emotions run high as you are anticipating Pomp & Circumstance being played, but there is still no excuse for such an embarrassing event.

The crumbling words from the female that sent the male to the cold, hard concrete sidewalk were “I would have spent SO much more time on school work.” When I say crumble, I truly mean it, look at how this guy fell to the ground:

Being told that your relationship was such a waste that the time spent on it would have been much better put into school work is about as emasculating as it gets. Arguably worse than a girl screaming about you having a small package. That’s happened before and will happen many times more in the future. You can brush that one off your shoulder pretty easily. However, nobody likes spending time on school work. Not even nerds. I’m willing to say “I would have spent so much more time on school work” is up there with “I wouldn’t get with you if you were the last male on this earth.” It’s that bad. I can’t think of worse words to hear the night before you graduate. That’s your lasting memory of your college experience. I’d rather go to the library than fuck you. Absolutely diabolical. 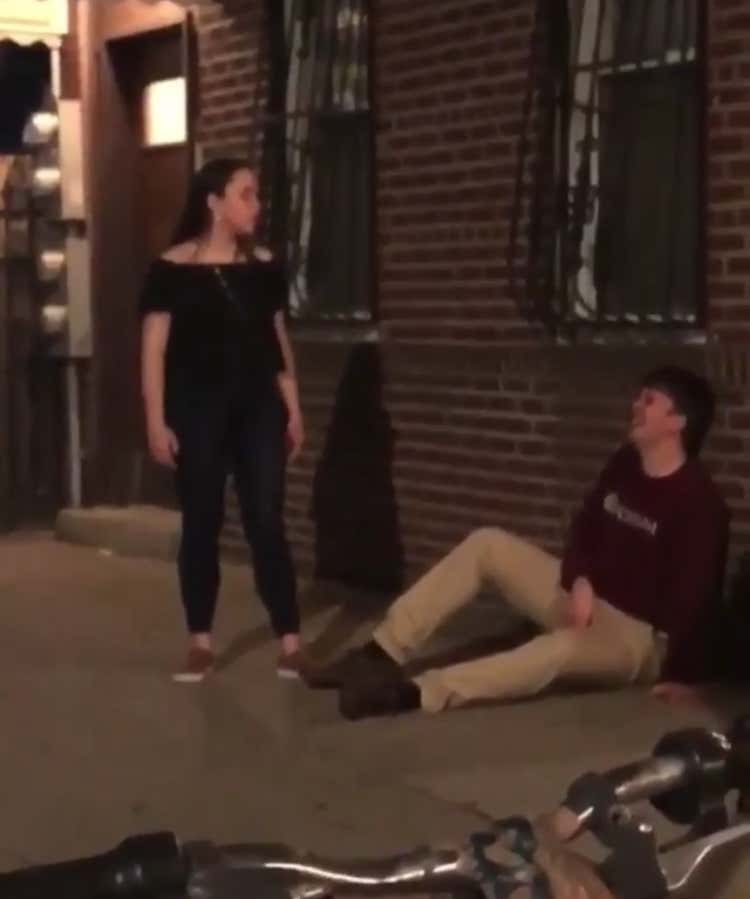 As buddy continues to cry, this girl towers over him like LeBron James did after his posterizing dunk on Jason Terry: 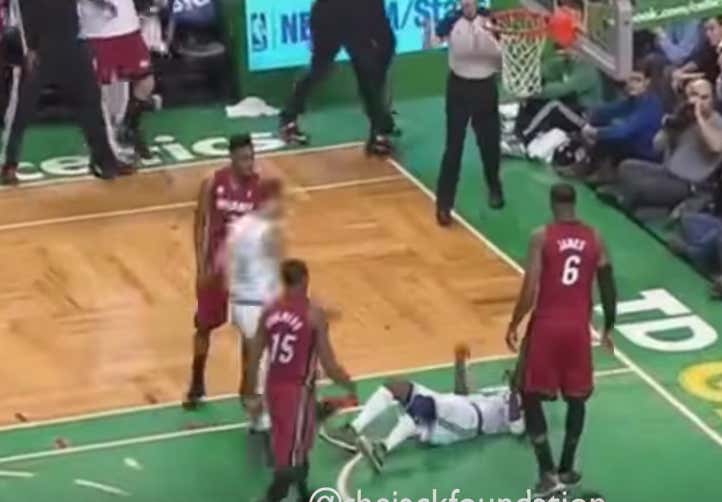 As a graduating senior, this kid is probably around 22 years old. 70+ years ago, if you were a healthy 22-year-old male you were most likely going off to war. Now, 22-year-old males are crying on the street corner after a breakup. I’m not going to be Mr. Guys Can’t Cry hardo, but crying in public after a breakup is unacceptable. That’s not even factoring in falling to the ground. As Vito Corleone once said, “YOU CAN ACT LIKE A MAN!”

As a Fordham student, this is a tough look for our #brand. Ater some good momentum was building with Tommy Smokes and Intern Hot Sean, this is definitely a step back. As a school located in the Bronx, we need to show a little bit more balls. That’s the least we can do considering our current street cred.