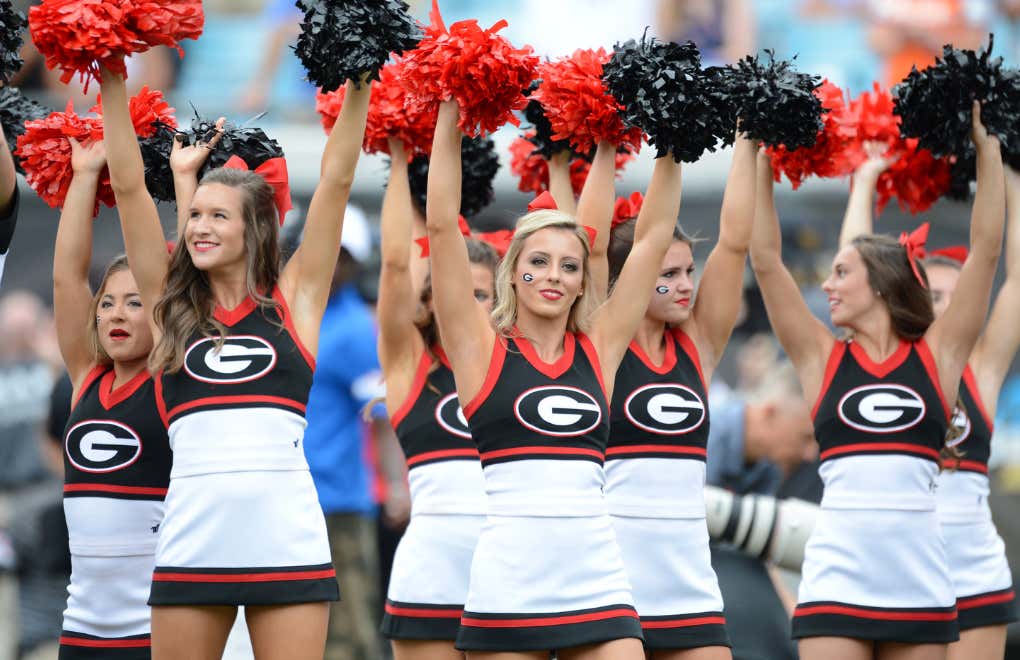 South Point Casino in Vegas released their win totals for 129 teams earlier this week. Unless you are in Nevada, you will not be able to bet these numbers immediately, but South Point sets the market when it comes to win totals and these numbers will be very close to what is offered at your own sportsbook when they release win totals: 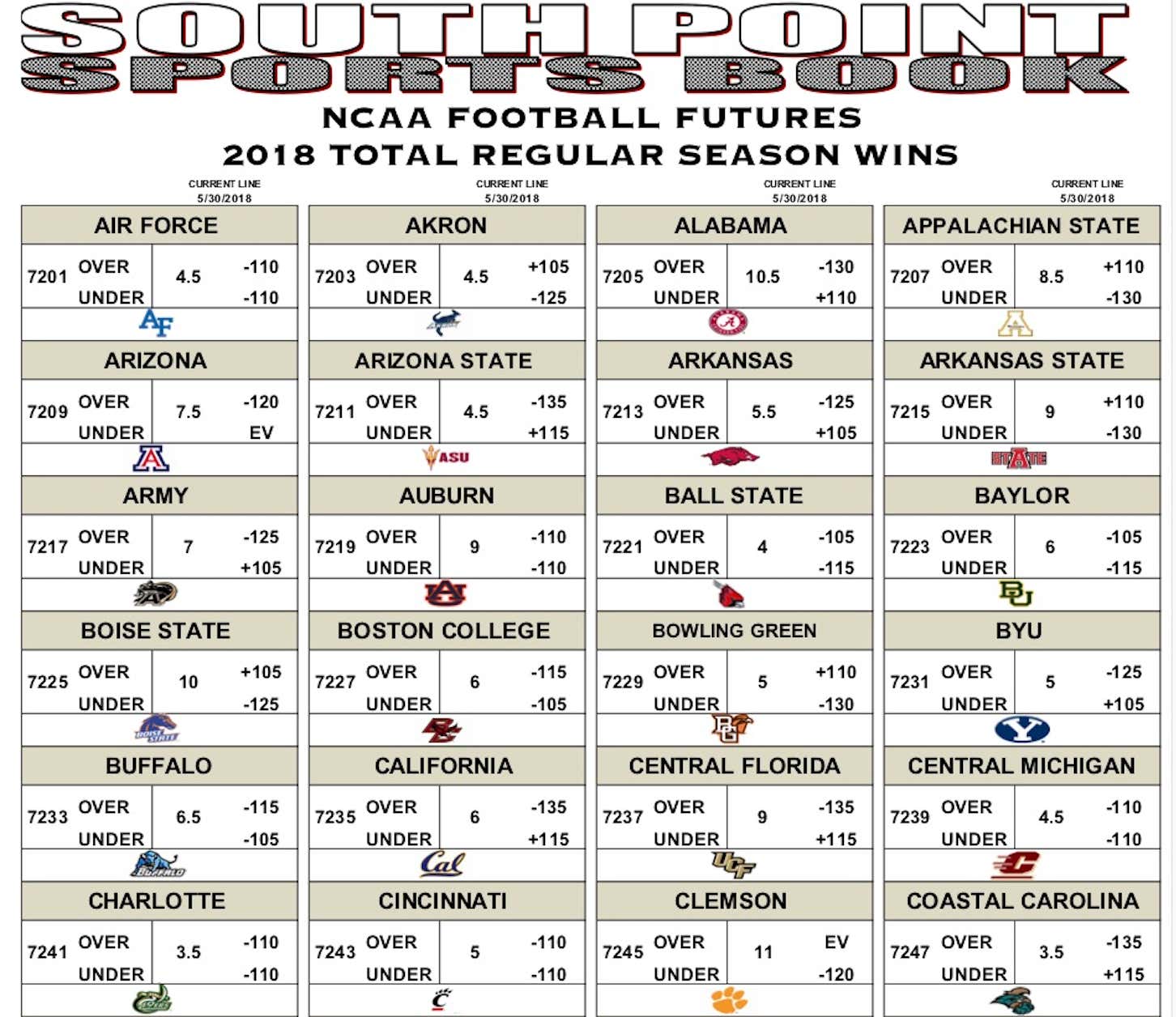 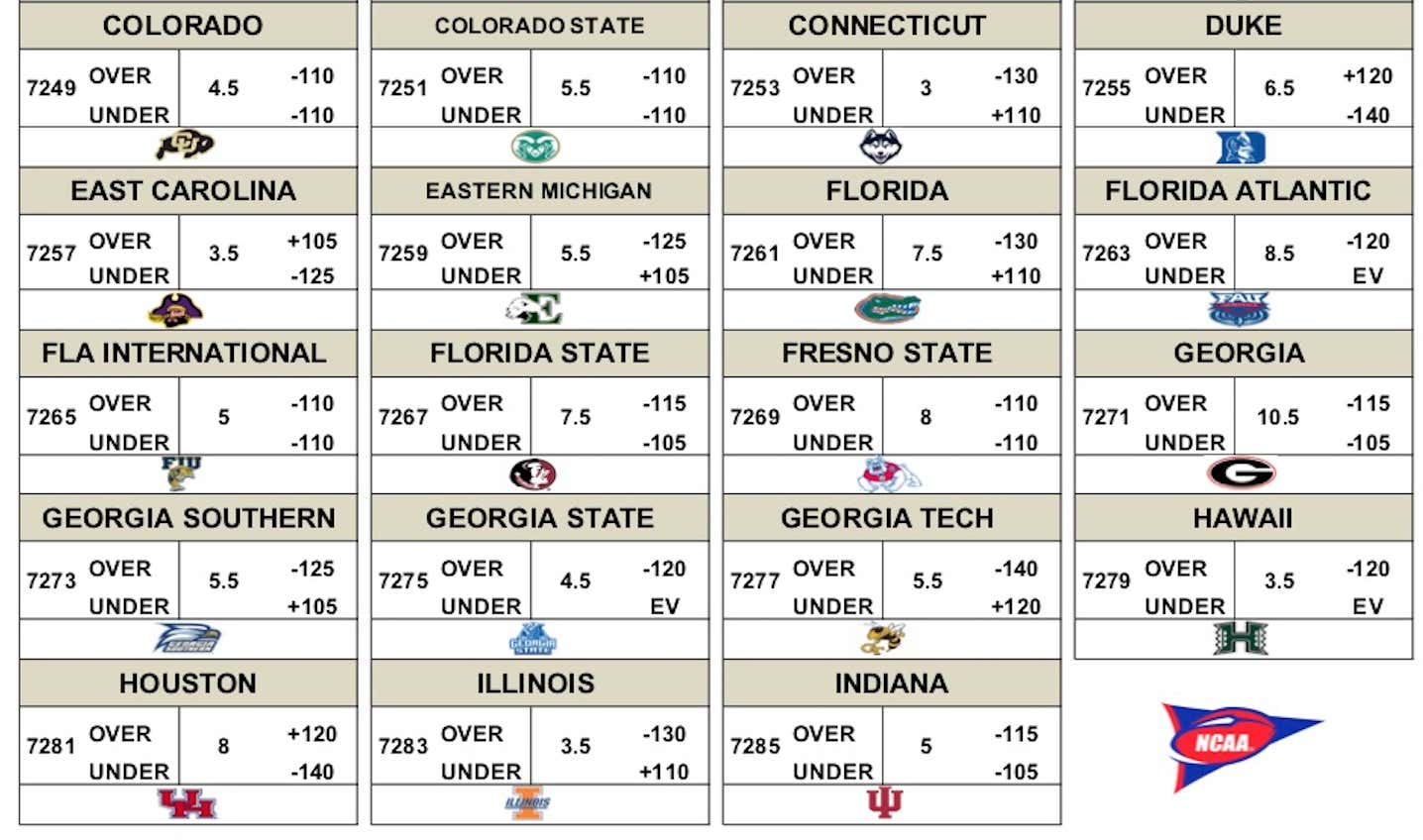 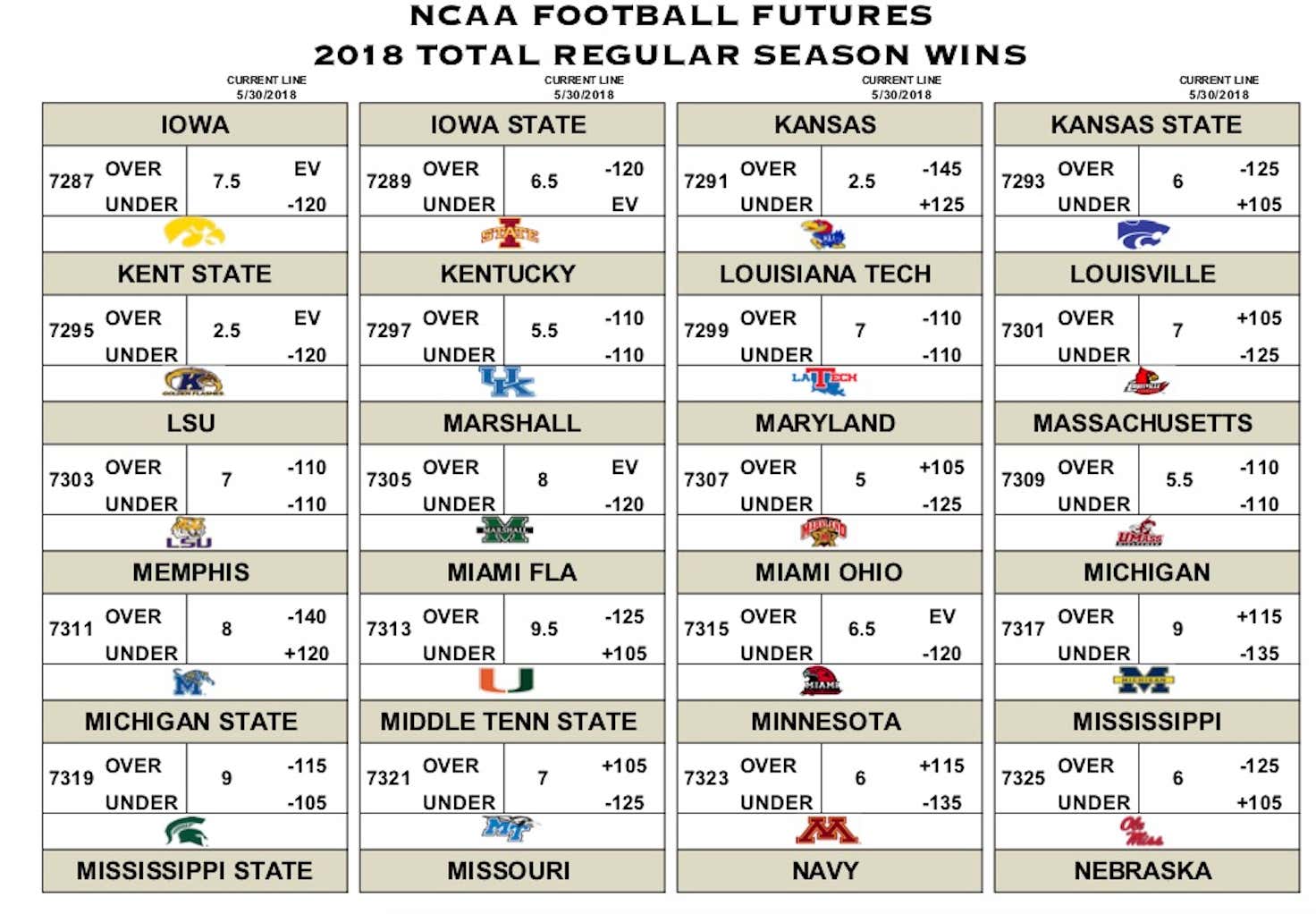 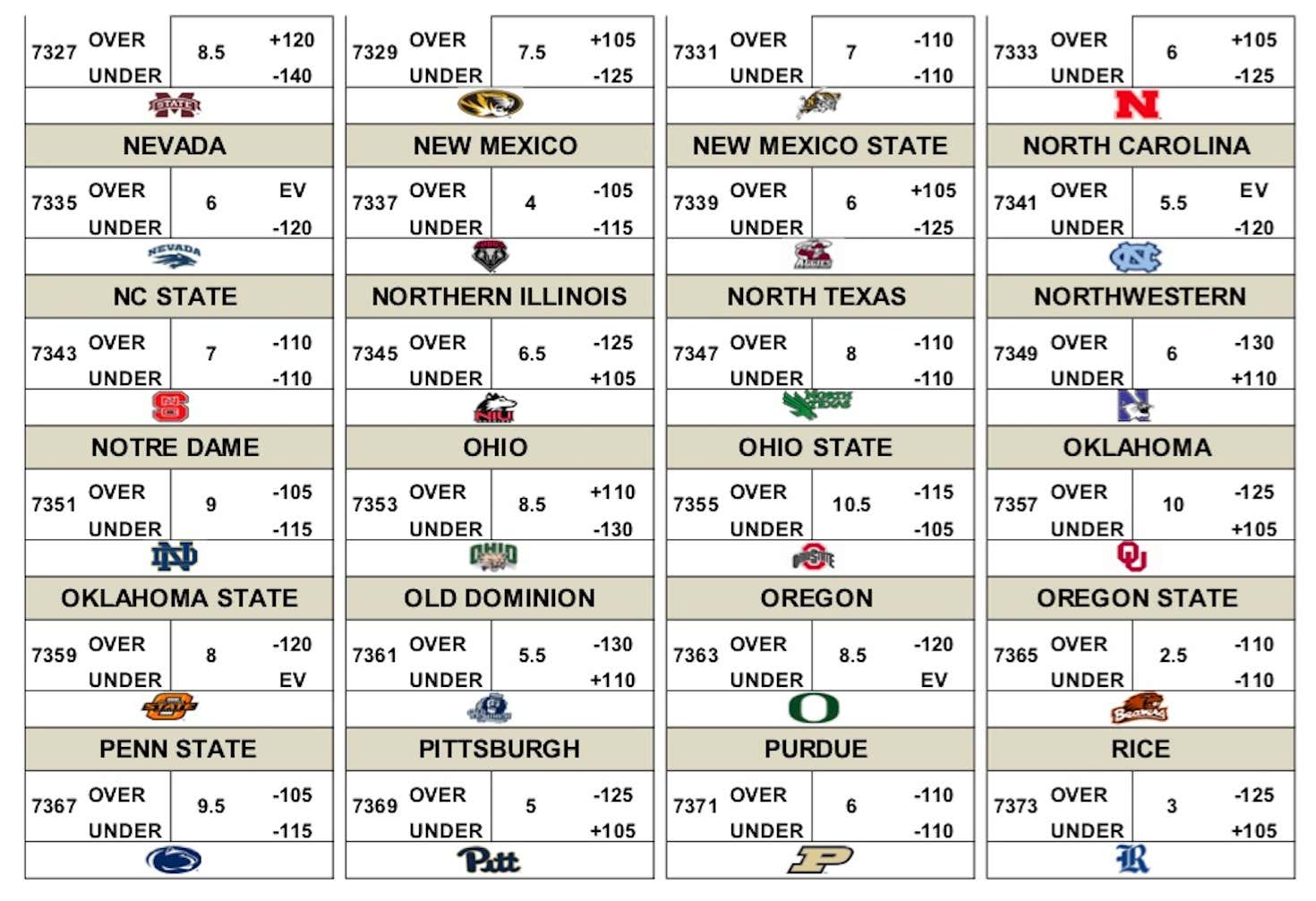 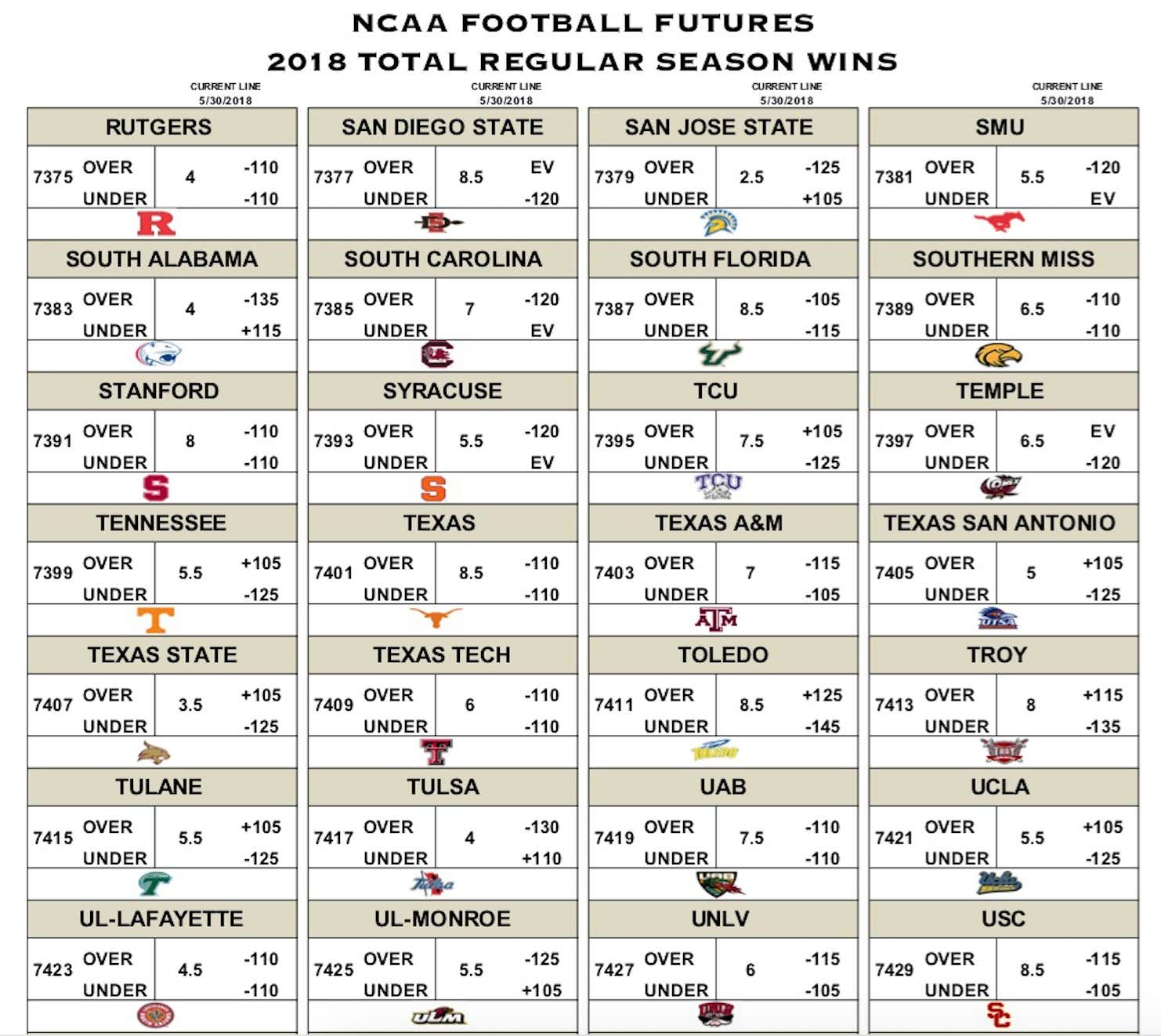 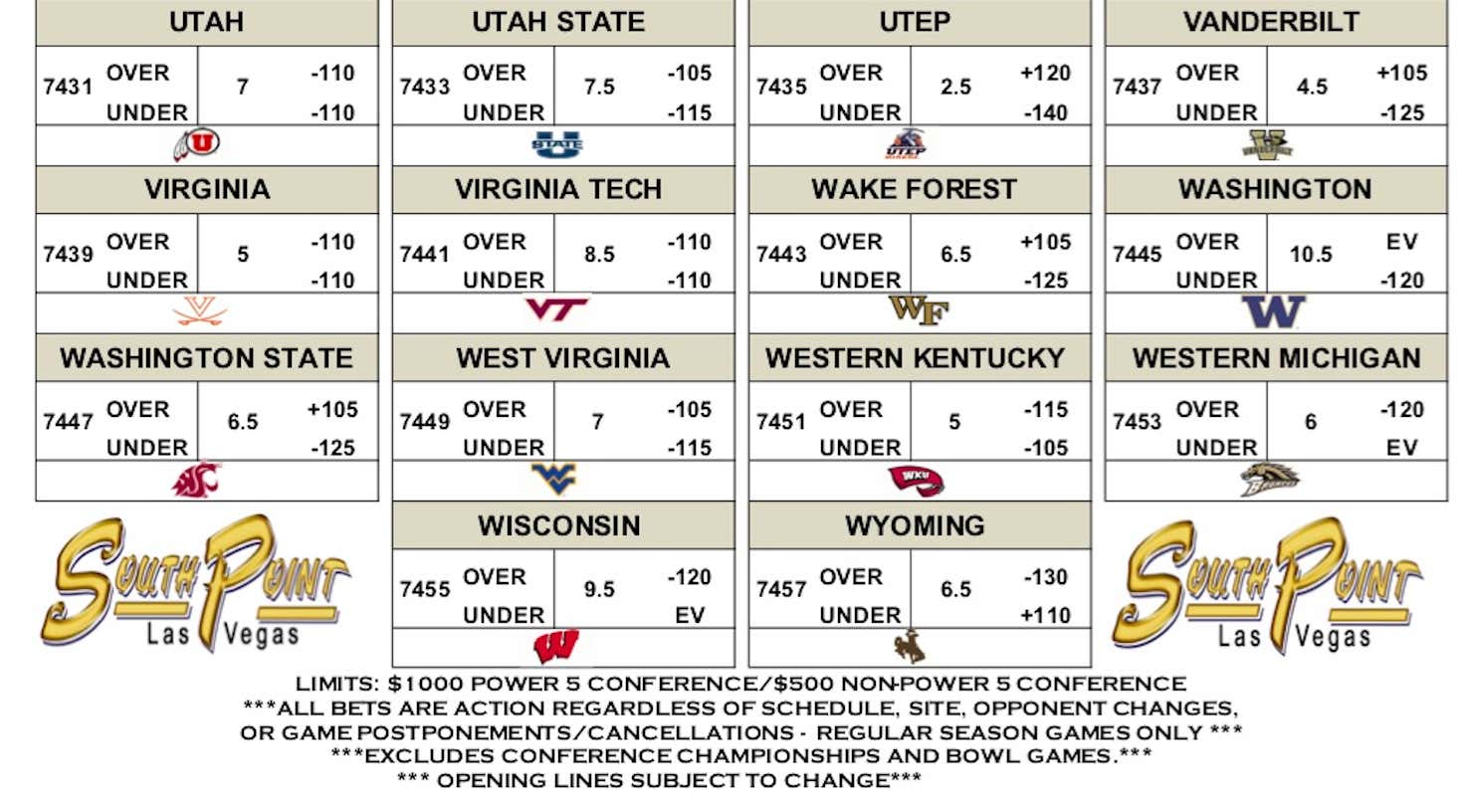 Throughout the summer, I will be posting preview posts that are gambling focused. There will be multiple posts focused on individual team totals and that’s where my official plays will be. However, here are five plays that caught my eye.

Sorry, Darren, but I do not like Northwestern prospects this year.

What Pat Fitzgerald has done at Northwestern has been phenomenal. The Wildcat alum has slowly built Northwestern into a legitimate football program. Northwestern finished 9-3 last season, including two wins in overtime. Overall, they were 3-0 in one-score games. That number may be sustainable because of Fitzgerald’s great coaching, but the Wildcats luck came in forms of catching Michigan State before their big game against PSU and winning a bowl game on a missed two-point conversion attempt. Will they be as lucky this year?

For 2018, Northwestern ranks 72nd in returning production. That number doesn’t factor in star QB Clayton Thorson potentially missing some of the season, as he still recovers from his torn ACL in their bowl game. Their schedule gives them no help either, as it features four games they have little hope of winning: Michigan, @ Michigan State, Wisconsin, Notre Dame. That brings them down to a ceiling of 8 wins. After that, they have a handful of 50-50 games: @ Purdue, Duke, Nebraska, @ Minnesota, @ Iowa. After those games, you are looking at Akron, @ Rutgers (could lose), and Illinois. I see 1 guaranteed win on their schedule and 4 guaranteed losses. Can they go 6-1 against @ Rutgers, Illinois, @ Purdue, Duke, Nebraska, @ Minnesota, and @ Iowa? I’m going to say no. Hopefully, you’ll be able to get under 6.5 by the time these numbers are more public. If not, under 6 is still a good bet.

Everybody knows they lost Saquon Barkley, but ranking 116th in returning production is bad news for the Nittany Lions. That ranking doesn’t even include the loss of offensive coordinator Joe Moorhead to Mississippi State. Yes, the offense still looked magnificent in the Fiesta Bowl, but losing the mastermind behind what was Penn State’s offense the past two years will be costly. People often forget that before Joe Moorhead came to town, James Franklin was on the hot seat. Many can argue that Moorhead had a lot to do with Penn State football being saved over the past few years.

On top of losing a lot, Penn State will have to go at least 2-2 against Michigan, Michigan State, Ohio State, and Wisconsin to cover their win total. That also depends on them not slipping up against their 8 other opponents. Can that happen? Sure, but I won’t be betting on it.

I feel like this is a sucker play, but I’m rolling with it.

Georgia may lose Sony Michel, Nick Chubb, Roquan Smith, and others, but Kirby Smart’s roster is still loaded with 4 & 5-star athletes. For example, take a look at their RB situation after losing two of the best running backs in school history, there isn’t much concern. De’Andre Swift is back after a great Freshman year, Brian Herrien has some buzz, 5-star freshman Zamir White will get some playing time, and then there is this guy:

You know Kirby Smart is going to put out a great defense as well. I haven’t even mentioned Justin Fields, the 5-star QB who could Tua Tag (the new Wally Pipp) Jake Fromm at some point this season. Now, let’s take a look at this schedule: 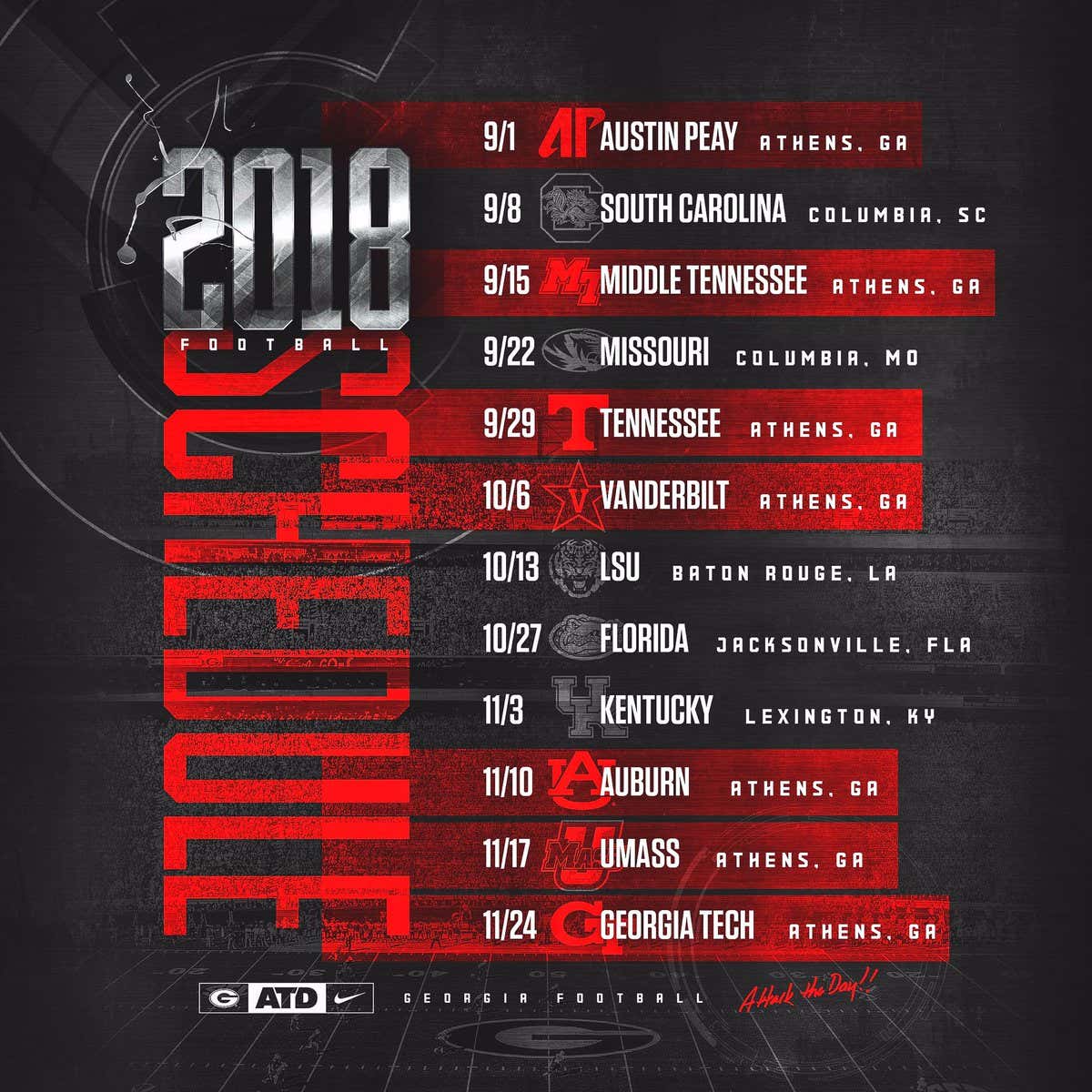 Show me two losses on that schedule. Please. Their four toughest games are @ South Carolina, @ LSU, @ Florida, and Auburn. South Carolina comes in week 2, so the bodies will be fresh. @ LSU, where things are not looking good right now, comes after playing Vanderbilt and before a bye. After the bye is when they face Florida, a team going through a rebuild. They catch Auburn at home after playing Kentucky and before they play UMass (lol). This is what a perfect schedule looks like. Give me over 10.5 all day.

You probably don’t watch a lot of Sun Belt football, but I love this play. The Jaguars will have a new coach and it couldn’t have come at a more perfect time. Under Joey Jones, South Alabama often would win a big game and then blow the next one against an inferior opponent. There was no consistency and it was time for a change.

New head coach Steve Campbell will have plenty of tools to play with on offense, as they return the 24th most production in the nation. Steve Campbell comes from Central Arkansas, and had quite the reputation as an offensive guru, leading his team to a ridiculous 67% on passing attempts and 15+ yards per catch. The defense lost a lot up front, but they may have the best secondary in the Sun Belt, which is huge in a league that features so many high powered passing offenses. On top of that, Joey Jones recruited two straight top 3 Sun Belt recruiting classes in 2015 & 2016. Both of those classes will have major roles this year and have a bunch of talent.

The Sun Belt is always a wild league and has a bunch of variance. However, I do like this South Alabama play a bunch and can’t wait to be #JagginOff all season. Hopefully, it will get up to 4.5 and we can get a better price.

Just like I’m sure you don’t watch a lot of Sun Belt, I’m positive you don’t watch any C-USA. For those of you still reading, I will give you the only thing you need to catch up on about the C-USA: UTEP stinks. It’s that simple, they are just not good at the football thing these days.

2017 saw UTEP go 0-12 and 2018 will feature a new coach, Dana Dimel. I wish the Bill Snyder disciple nothing but the best in El Paso, but 2018 is going to be a season to forget for the miners. Dimel comes into a situation where there are not many good football players. It can be argued (lol who is arguing about UTEP football) that the starting 22 have some talent, but any injuries will absolutely ruin this team. Here’s another secret: injuries happen in football.

In 2017, UTEP was the least explosive offense in the country. The Miners lost their top passer, receiver, and 4/6 lineman, including 2nd round pick Will Hernandez, due to graduation. The defense has decent experience, ranking 43rd in returning production, but if you are returning from one of the worst defenses in the country does your experience matter at all? The special teams unit ranked 3rd worst last year as well. Imagine driving down the field by the luck of God and then watching your kicker miss another 33-yard field goal. Talk about demoralizing.

Maybe they win @ Rice? Steal one from New Mexico State at home? Even their opener against Northern Arizona isn’t a guaranteed win. Since 2012, NAU has been ranked in the Top 25 at least once a season. A lot has to break right for this team to even win 3 games. I like this play under 2 and would even be intrigued by an under 1.5.