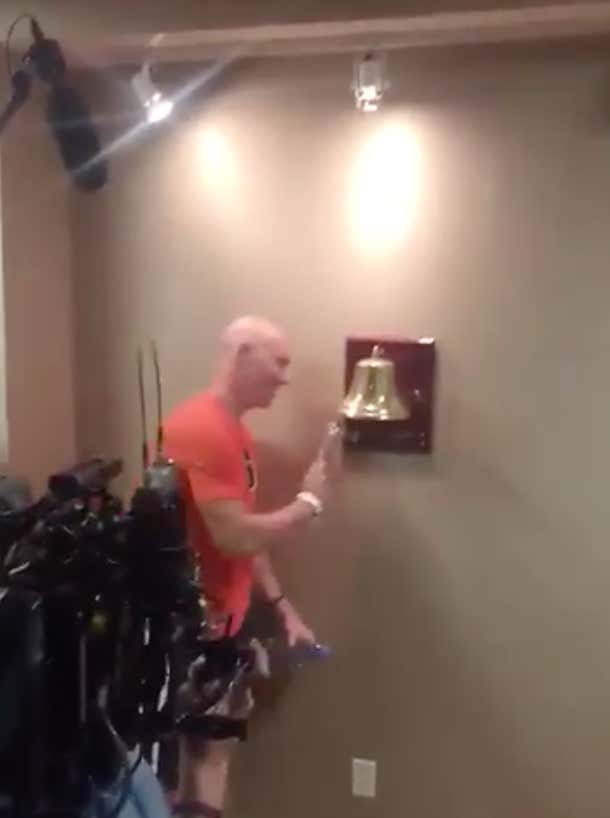 ESPN-Syracuse quarterback Rex Culpepper was given a clean bill of health Friday after completing his final round of chemotherapy for testicular cancer, his father, Brad Culpepper, told Syracuse.com.

Culpepper’s tests came back clean after he completed 100 total hours of chemotherapy at Moffitt Cancer Center in his hometown of Tampa, Florida. He celebrated by ringing the bell at the cancer center, a trademark celebration for cancer patients who have finished their treatment regimen.

Culpepper revealed he was diagnosed back in March. In his words, “the good news is, my situation is very treatable,” but completing a 10-week chemo treatment should obviously be celebrated.

Culpepper started the final game for Syracuse last season against Boston College, going 24-for-34 for 280 yards with two touchdowns. He was expected to backup Eric Dungey again this year, but he’ll have to pass check up tests in around six weeks before being completely cleared.

Culpepper was apart of an awesome moment during Syracuse’s spring game. After not expecting to play due to the cancer diagnosis, Dino Babers put Culpepper in for the final drive:

Congrats, Rex. Now go out there and throw some more TD’s. You can’t be a bad football player with the name Rex Culpepper.