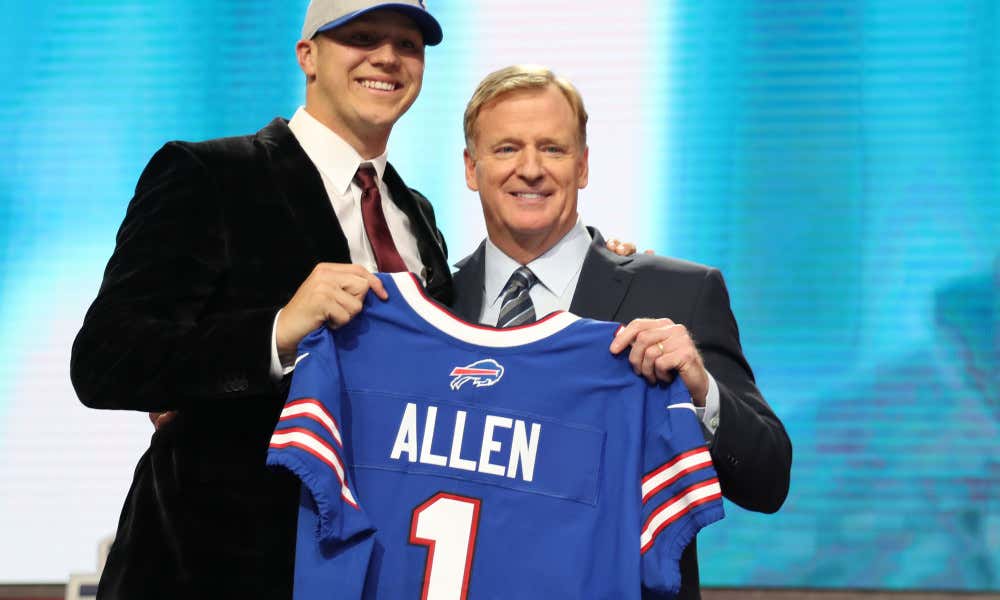 After the Bills traded Tyrod Taylor away, a radio producer for WGR 550 in Buffalo, typed and sent out this tweet:

Guarantee’s like this one are never a good idea. Especially in the era of old takes exposed, a tweet like this one is pretty much a death sentence. That’s not even considering how accurate Josh Allen is on his knees:

It’s like you are just daring Josh Allen to strangle you with his large hands.

As we all know, Josh Allen was drafted by the Bills. That was a while ago, but as of June 1st, Ryan Gates had not quit his job as a radio producer at WGR 550.

I’m sure there are other factors at play, but you always have to respect a man who pays up on his bet. You can’t say the same about the Cleveland sports radio host who said he would eat horse poop if the Browns drafted Baker Mayfield:

Always pay up for your horse poop bets. Always.

Back to Ryan Gates…if Josh Allen does turn out as a bust, he can hold the flag as the guy who was the first to get fired because of Josh Allen. He would be the leader of the exclusive club of Bills coaches and front office guys who got the ax because of the Wyoming QB who looked really, really good in sports.