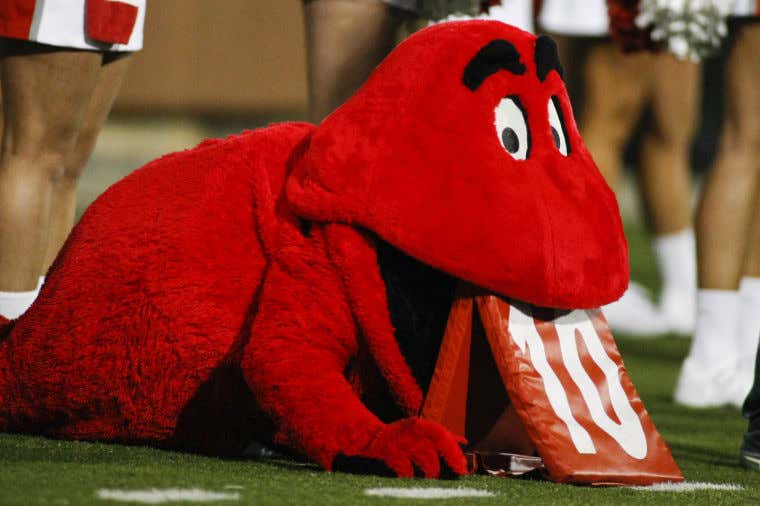 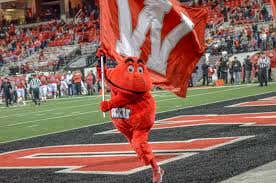 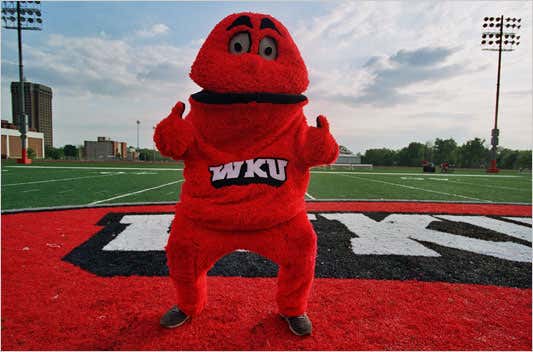 He is known throughout the college football and basketball world ironically as the best mascot. The mascot that is essentially a fat Elmo is so bad that it’s good. 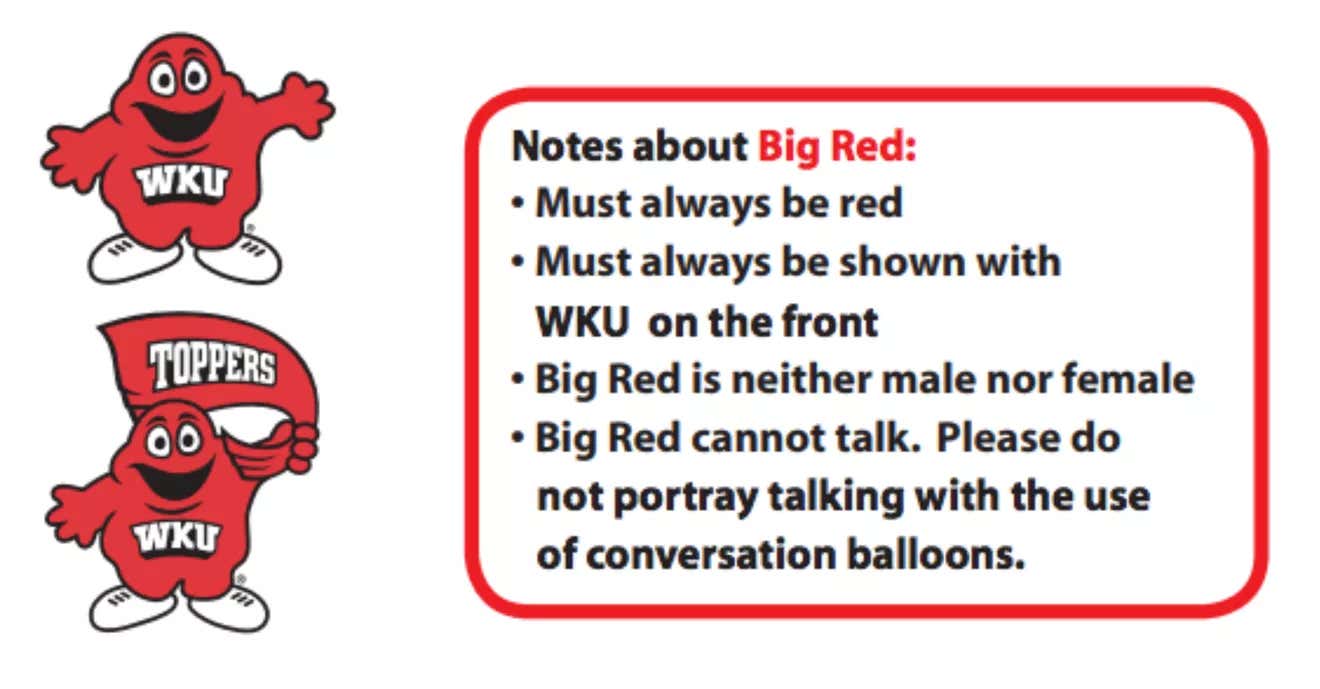 What not a lot of people know is that Big Red has an evil cousin located in Italy:

Wikipedia-Gabibbo is an Italianmascot for the Mediaset-controlled channel Canale 5, created in 1990 by Antonio Ricci and operated by Gero Caldarelli. Gabibbo’s main role has been in the programs Paperissima and Striscia la notizia, but he has appeared in several other Canale 5 programs. 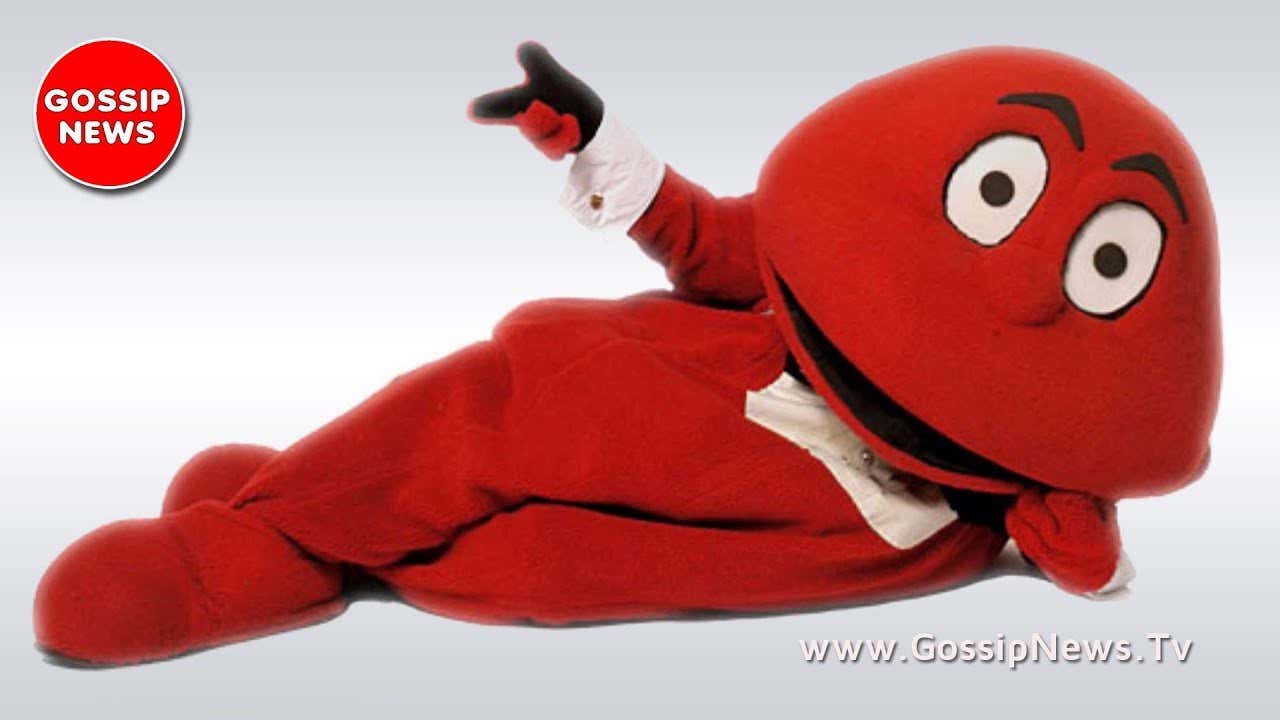 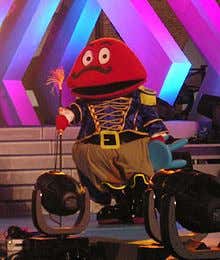 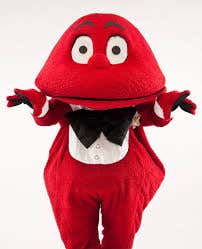 Back in 2003, Western Kentucky sued the Italian media company for taking their idea of Big Red, The Big Red Blob:

ESPN-Western Kentucky and companies that had bought the school’s international merchandise licenses originally sued Silvio Berlusconi’s Mediaset and Antonio Ricci, the creator of a similar-looking character named Gabibbo, for $250 million in 2003.

They didn’t end up winning, but recently, the creator of Big Red refiled the case and to say we are BACK is an understatement:

When the school didn’t prevail, the case was refiled by the parties with Ralph Carey, who created Western Kentucky’s Big Red character in 1979.

In the suit that matched the school’s complaint, Carey contended that not only did Gabibbo look like a copy of Big Red, but an incriminating newspaper article pointed to the fact that Ricci, a well-known Italian public figure, admitted to taking the idea from the university in a newspaper article.

In a 1991 interview in an Italian newspaper, Ricci said that Gabibbo — referred to by some as the “Barney of Italy” — was previously “a mascot for a basketball team in Kentucky.”

The craziest part is the evolution of Big Red. The creator of Big Red, Ralph Carey, created Big Red with a scribble in the 70’s.

Bowling Green Daily-Soon, Carey had dreamed up a sketch of the future of Hilltopper athletics – a large, fuzzy, red blob he scribbled on a piece of paper while meeting with future school president Gary Ransdell, who was then working in the office of alumni relations.

“It started, actually, there was a drawing at one point in time, and I have it, of a bear in a sweater with a big ‘W’ on the front of it,” he laughed. “I got through with that drawing and said, ‘This is not where this thing needs to go.’

Now it is at the front of a $200 million court case involving two separate countries. That’s the power of Big Red, folks: