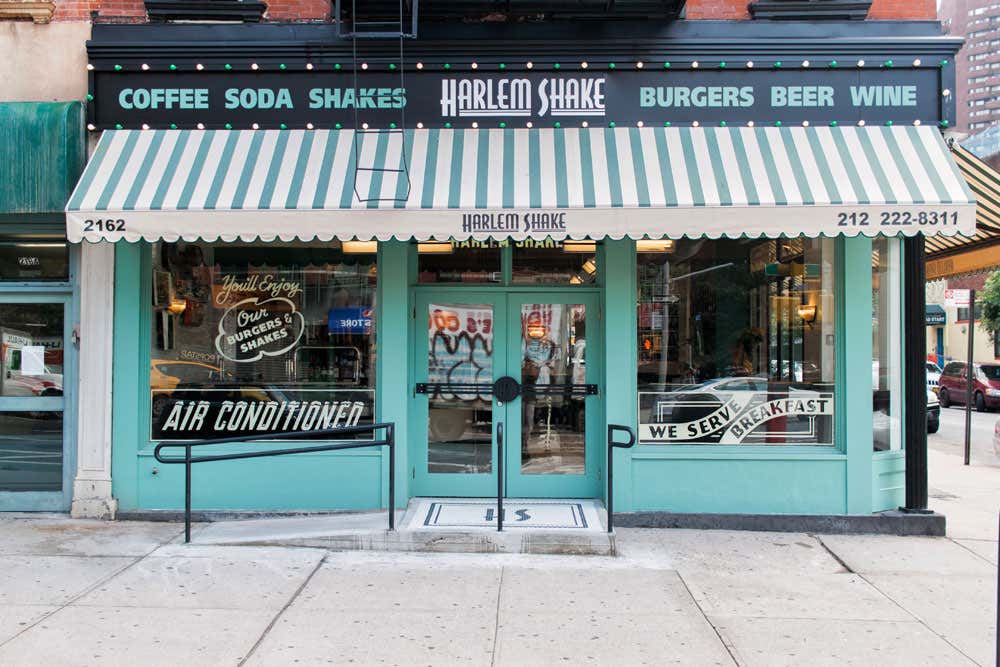 Sad news for all the Caucasians out there as a member of their race has unexpectedly resigned after seeing a young child eating a burger:

NJ.com-Rutgers University is investigating whether a white professor who took to social media to condemn “little Caucasian a–holes” broke university policies for discrimination and harassment.

The history professor, James Livingston, ranted on Facebook on Thursday night after getting a burger to-go at Harlem Shake in New York, according to a screen shot published by The Daily Caller, a conservative website.

He continued to say the burger shop was “overrun with little Caucasian a–holes who know their parents will approve of anything they do.”

“Do what you want, nobody here is going to restrict your right to be white,” Livingston wrote. 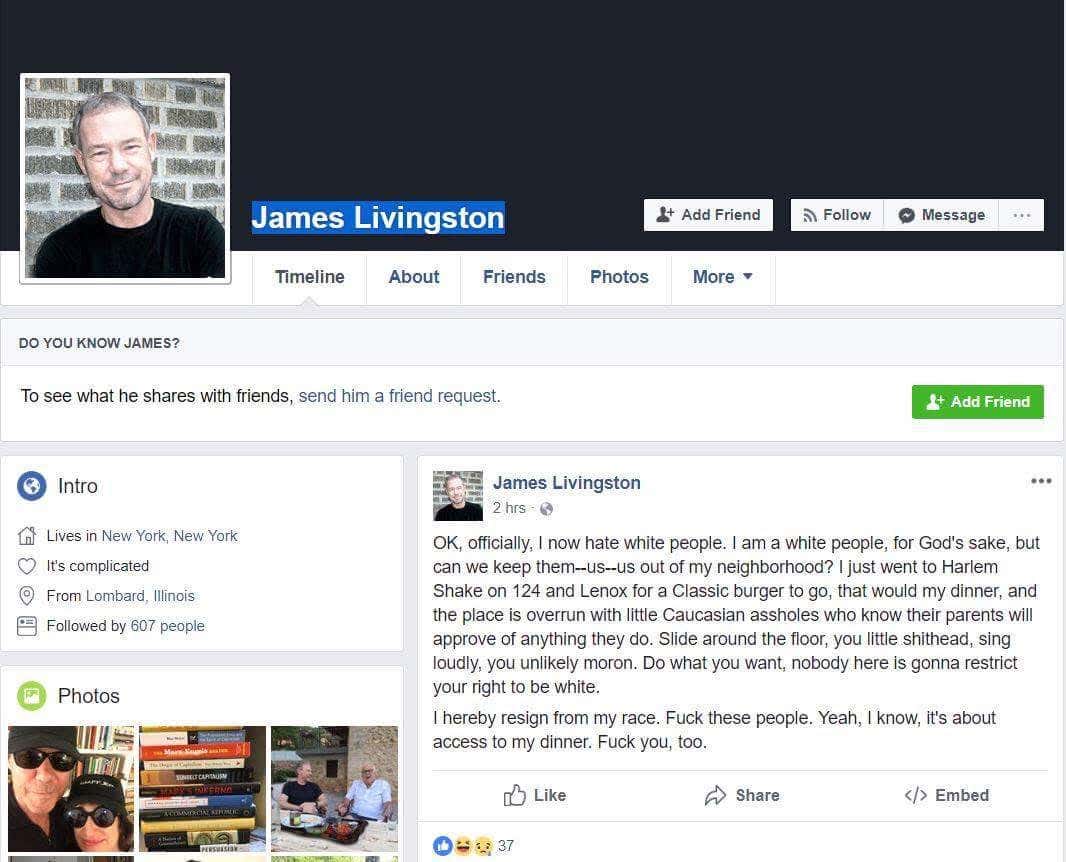 There are often points throughout the day when I think I am a certified crazy person. I won’t subject you to the thoughts that trigger that feeling, but when I read a post like this one from Rutgers finest James Livingston, I take a deep breath and let out an “at least I’m not that crazy.”

A little background: Harlem Shake is on 124th and Lenox. If you were to look at a map of Manhattan, this is where the Burger store is located: 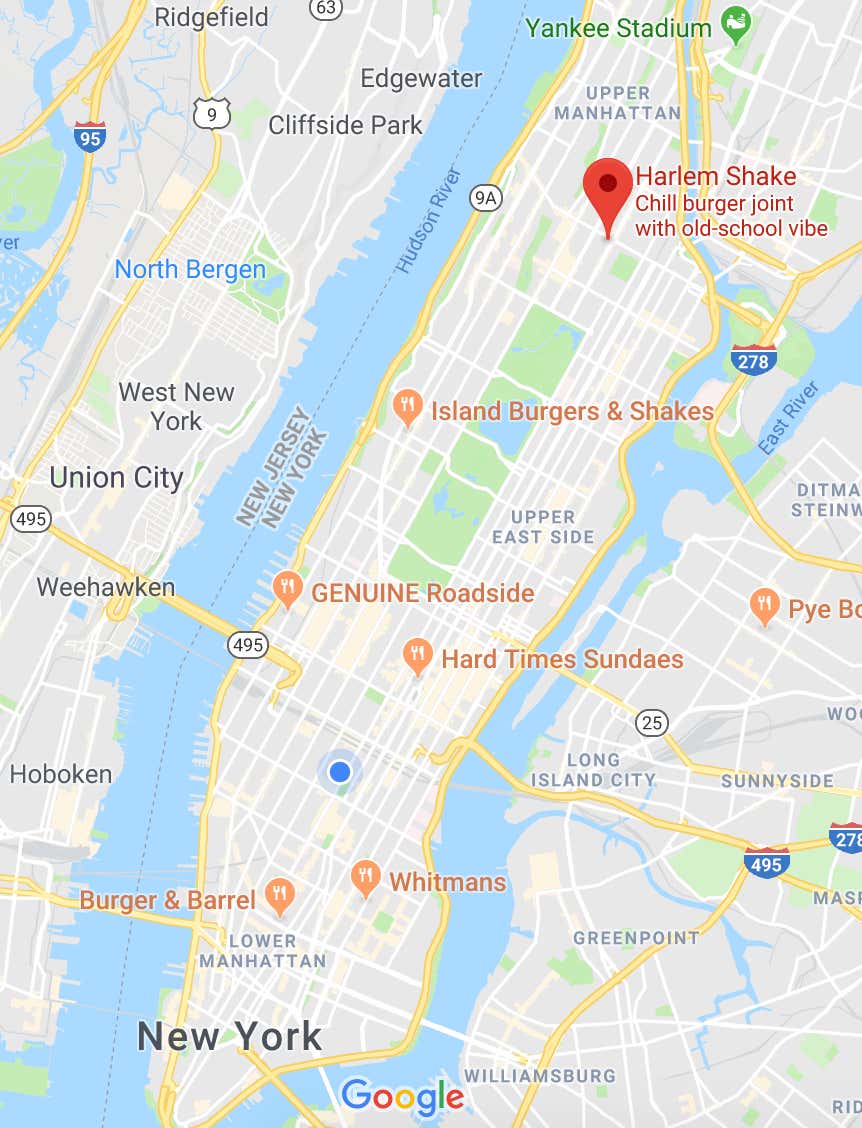 If you are visiting NYC a good rule to obey is to not go past 125th Street in Harlem. You are a tourist and the area you will enter if you do not obey, is not the safest.

Anyways, Harlem Shake is a decently known restaurant. It’s a tourist destination and also a popular destination for those who live in NYC. That’s all thanks to James Livingston not being in charge of the diner because you could bet your ass that he wouldn’t be serving any “little caucasian ass holes” any burgers if he was!!!

The irony Livingston shows is quite funny if you were to ask me. I know he later goes on to “resign” from being white (I didn’t know you could do this), but why is he as a cisgender white male that is a part of the patriarchy allowed to get a burger from Harlem Shake but the “little caucasian ass holes” aren’t? Seems a little agist to me. I haven’t checked in on how to properly check my white privilege recently, so maybe if you just do take out, gentrification and all is completely fine?!

Harlem Shake responded to the controversy, which was awesome: 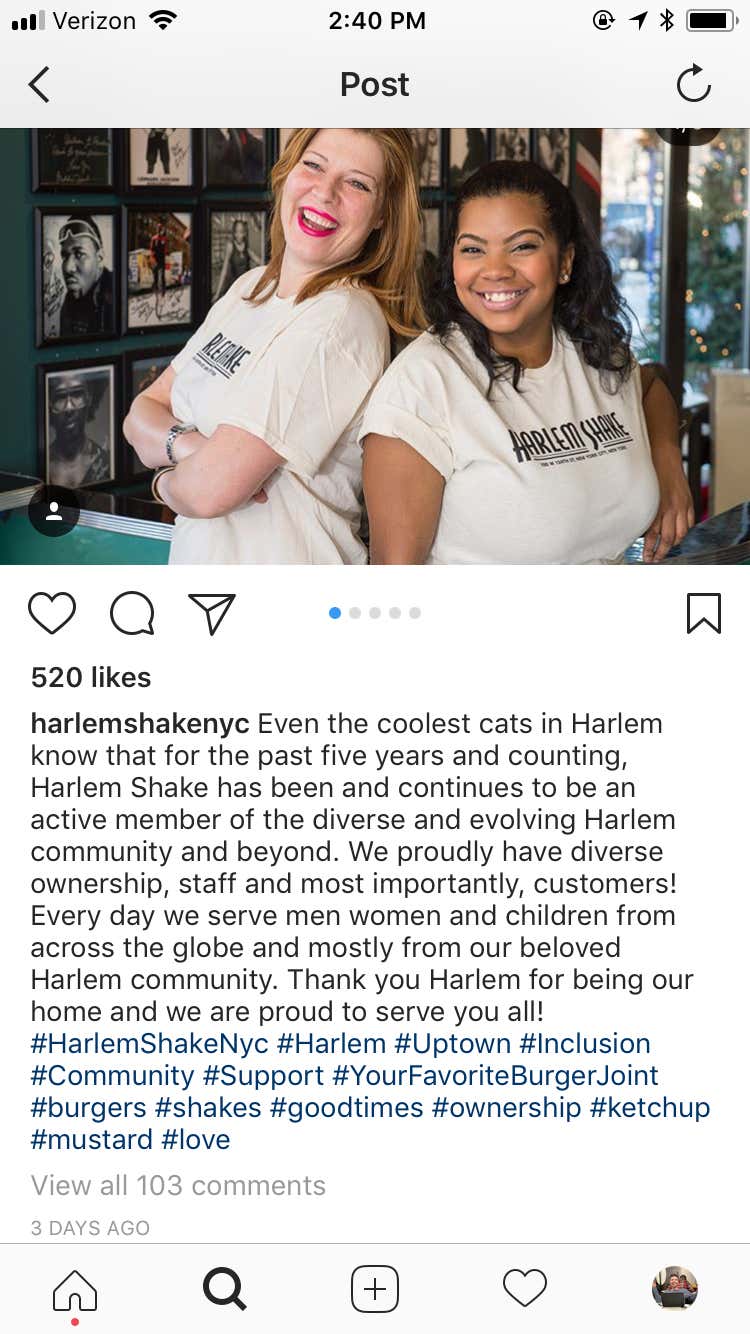 Harlem Shake may not be woke enough for Professor Livingston, but they seem like a fine establishment that every normal person wouldn’t mind dining at.

The professor is under investigation at Rutgers:

University officials are reviewing the Facebook rant, according to statement from Rutgers.

“There is no place for racial intolerance at Rutgers,” the statement said.

Rutgers continues to take tough L’s on and off the football field. Brutal time for the birthplace of college football. At least it’s football season