Hell, that’s the way Jesus wanted it, ain’t it?!? You think JC had running water? Nope.

247Sports-“I like playing golf. I love the lake,” Saban said at Old Overton Country Club. “I swim in the lake, take a bath in the lake every day. Everybody kills me over that. People don’t take baths in the lake. I try have Ivory soap so it floats, you know? Miss Terry doesn’t, but I like that.”

You’ve got to hope that Nick Saban doesn’t get stuck ashore Lake Tuscaloosa like he did this past weekend with his players:

The ivory soap anecdote is interesting. As I’ve said before: Nick Saban rarely will say something in a press conference without a reason. Why say ivory soap? Is it truly because it floats? Or is it because he is recruiting a 5-star currently that absolutely LOVES ivory soap. Or maybe Nick has a stake in an ivory soap company, which will increase it’s sales 500% in the state of Alabama due to that simple comment.

I don’t know how effective bathing in a lake is, but living on a lake like Nick Saban does would definitely entice me to try it: 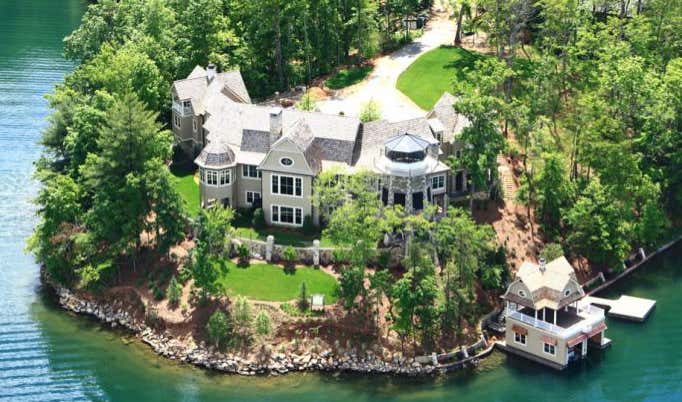 “I just think that there’s some myths about Alabama football that we sort of fight all the time in recruiting,” Saban said. “Things like, ‘It’s no fun. It’s all business,’ and that’s not true at all.