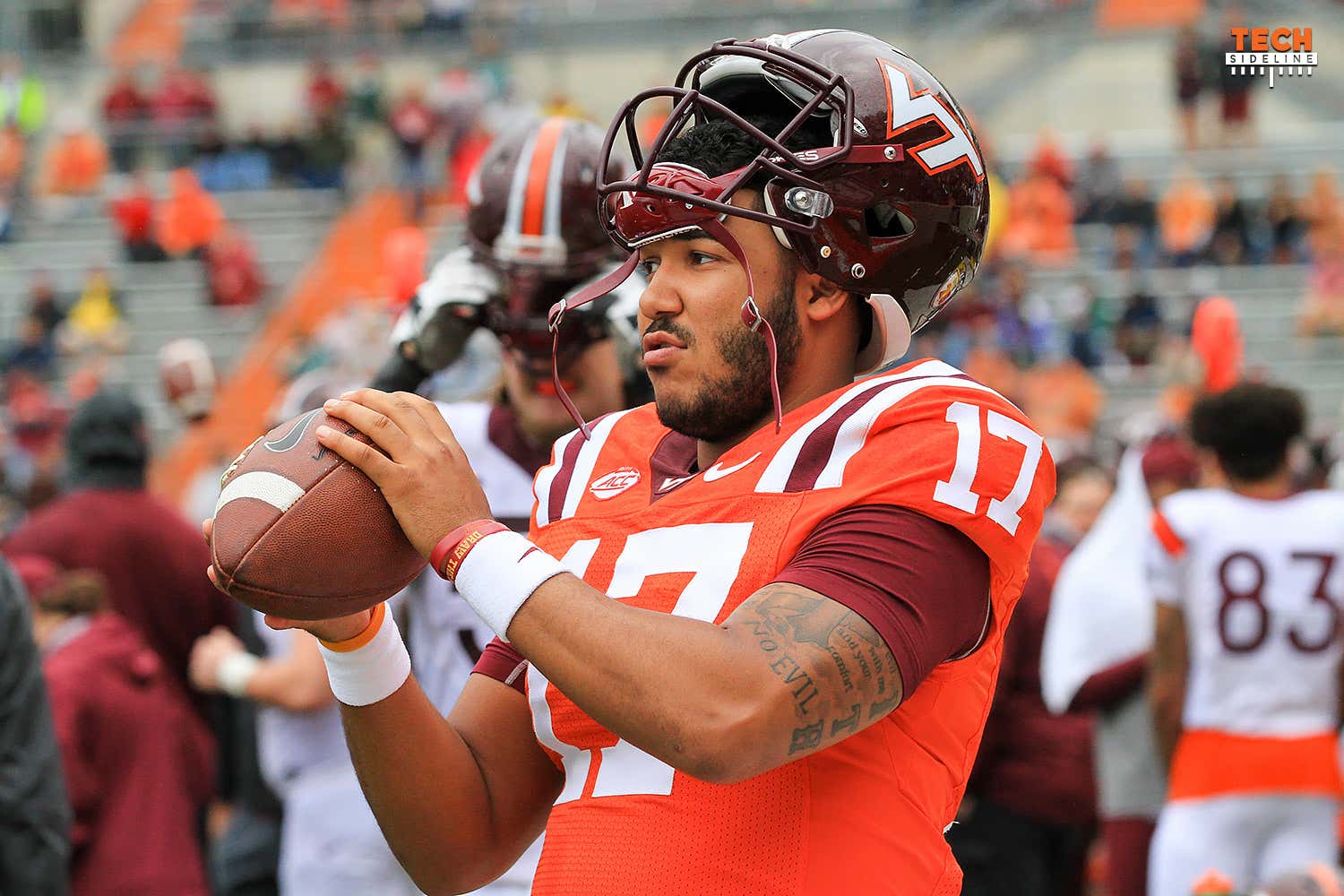 Yesterday, it was reported that Virginia Tech QB Josh Jackson was suspended:

A big loss for Virginia Tech. Josh Jackson had a decent year as a Freshman in 2017 and was looking to take the next step. Virginia Tech lost a lot on their defense from last years squad, and an improved offense in 2018 would do wonders for Justin Fuente’s squad.

It turns out that the report of a suspension may not be true:

Although, it doesn’t look like Josh Jackson is completely clear:

Oh colleges and the NCAA take a long time to figure things out? No way!

Richmond Times-Dispatch-“As of right now, Josh is still a member of the Virginia Tech football team,” Fred Jackson said Thursday by phone. “We’ll know more in two days. It’s too early to talk about this.”

An interesting storyline to keep an eye on this offseason. Speaking of the wretched offseason, it has not been kind to the Hokies:

The Athletic-Last week, incoming junior college transfer defensive back Jeremy Webb had surgery to repair a left Achilles tendon injury. Fellow defensive back Adonis Alexander’s departure from the team became official last week, too, with Alexander announcing he would apply for the supplemental draft after being ruled academically ineligible.

Keep in mind that the secondary already was undergoing massive change heading into 2018, with cornerbacks Greg Stroman and Brandon Facyson graduating and coordinator Bud Foster having to turn to a group of mostly freshmen and sophomores in their place. And the Hokies’ linebacker corps does not have a scholarship junior or senior.