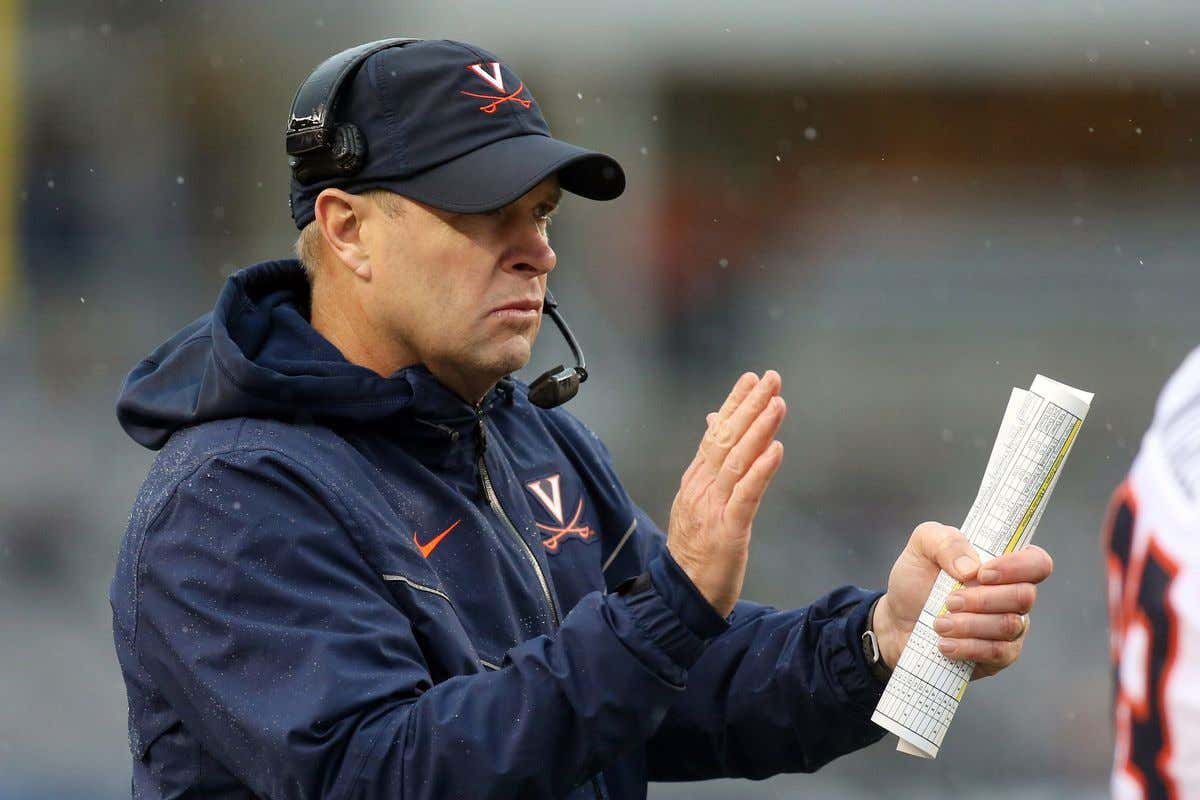 Daily Progress-Virginia football coach Bronco Mendenhall believes that only about one-third of the players on the Cavaliers’ current roster are ACC-caliber football players.

“I believe we have 27 ACC-caliber football players on our roster today,” Mendenhall said.

Mendenhall made the frank comment, and many more, during an unscheduled UVa Board of Visitors speech on Friday morning. He dubbed it a “State of the Program” address, noting that he preferred to relay his philosophy directly as opposed to going through, in his words, an unreliable press.

If Bronco Mendenhall wants to become the Donald Trump of College Football, I am BEYOND in. Just pointing out random journalists in pressers, calling them fake news:

Soooooo, Rutgers? Illinois? How many worst Power 5 teams are there than Virginia?

Daily Progress-‘Mendenhall listed two unverifiable statistics to discuss his reasoning for not wanting his players to solely focus on an NFL future.

“Knowing that statistically … 85 percent of the makeup of the NFL, those young people all come, 85 percent from single-parent homes,” Mendenhall said. “So that’s one dynamic.”

Then, Mendenhall discussed another statistic.

Going to need more of these Mendenhall “State Of The Programs,” because I am LOVING this. Really embracing his crazy Mormon side at Virginia now. Sounds just like a guy who loves living with his family in an RV: 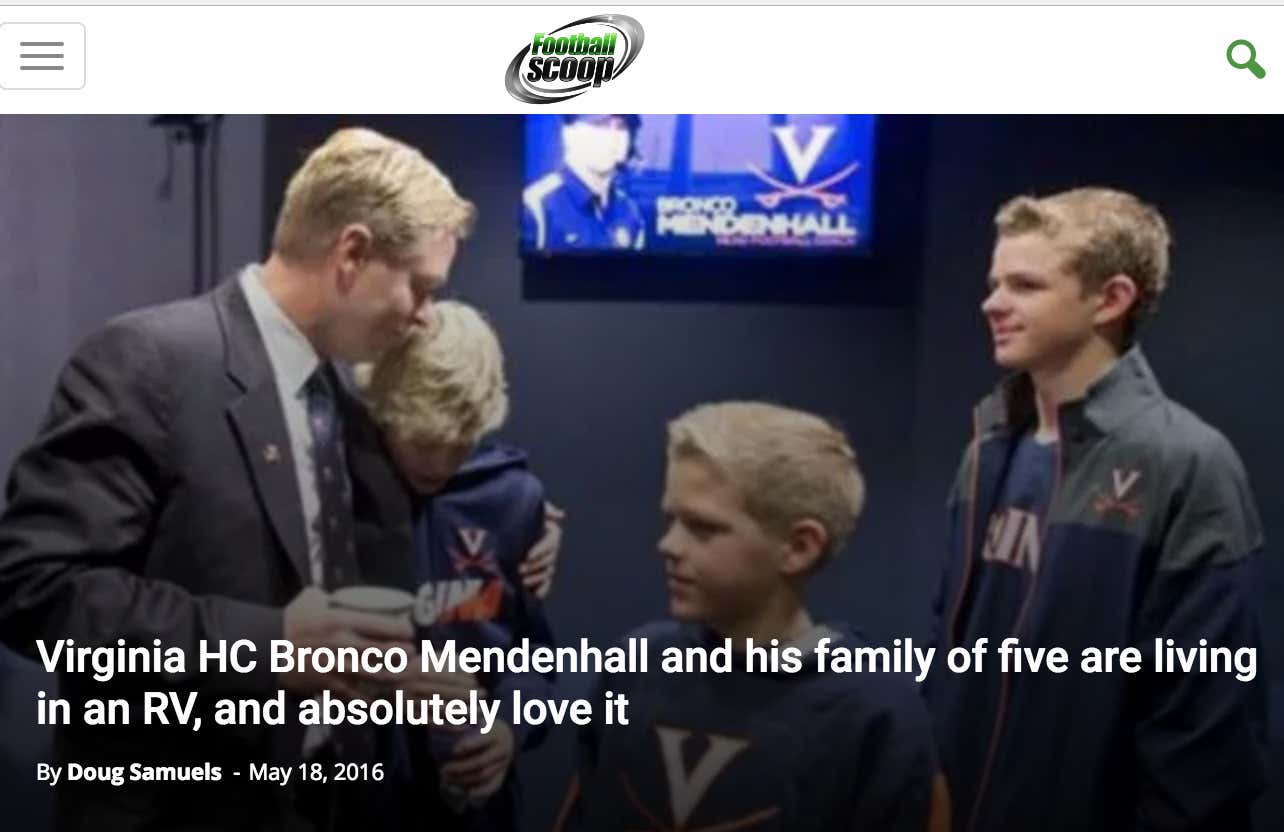