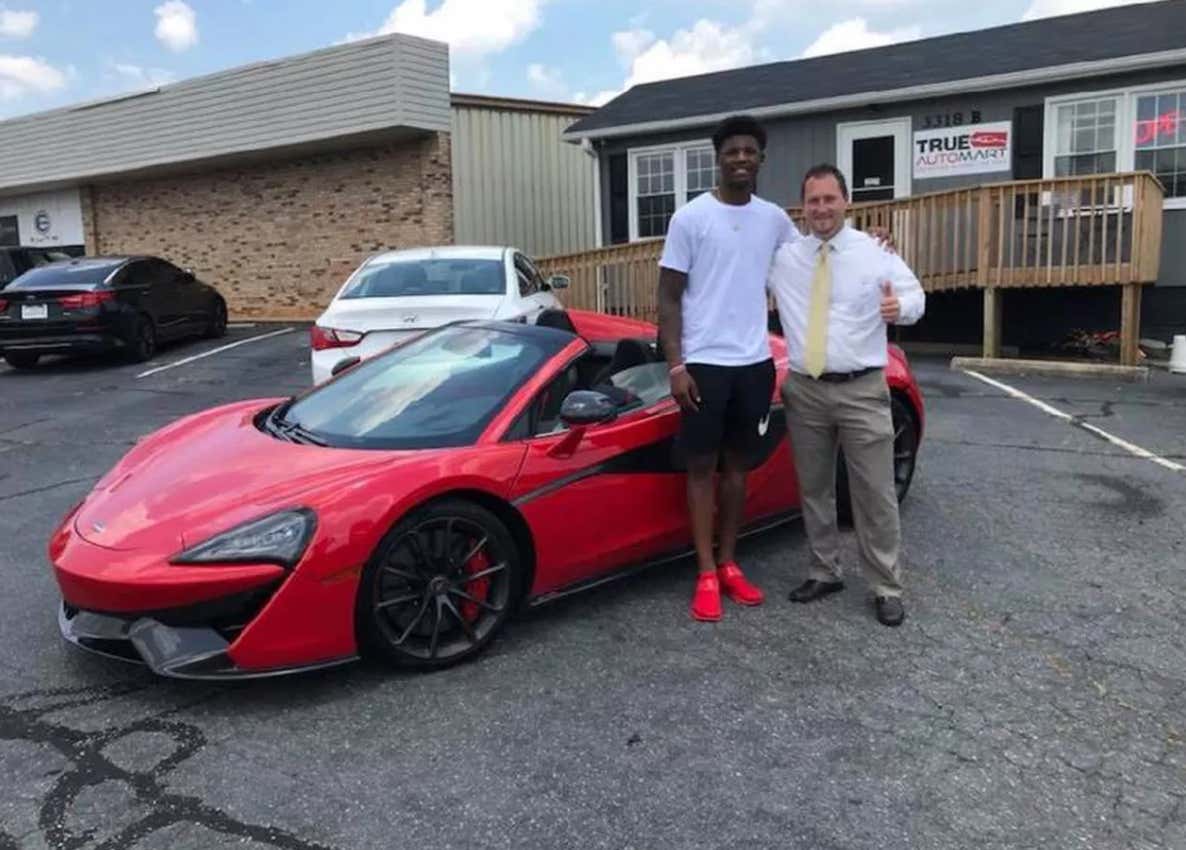 Tee Higgins is one of the best wide receivers heading into the 2018 college football season. The Sophomore WR is preparing for the season and took a trip to a car dealership this past week that is around 30 minutes from campus: 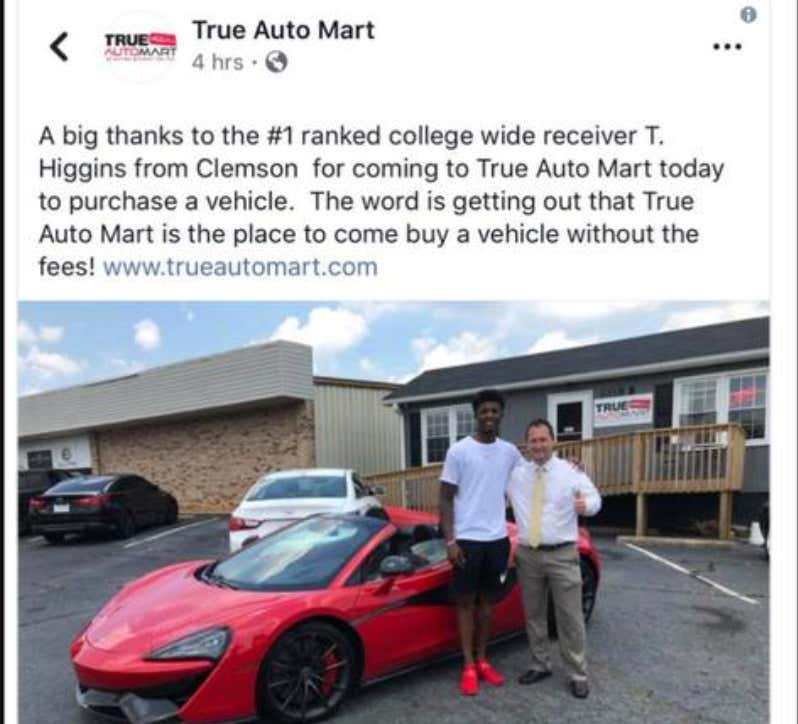 The car in the background of Tee Higgins and the owner of True Auto Mart is a McLaren 570S Spider. There aren’t a lot of college kids out there that can afford a $208k car, so when South Carolina, Tennessee, and Florida State fans saw this photo their Alex Jones senses started to tingle:

(This did happen lol) 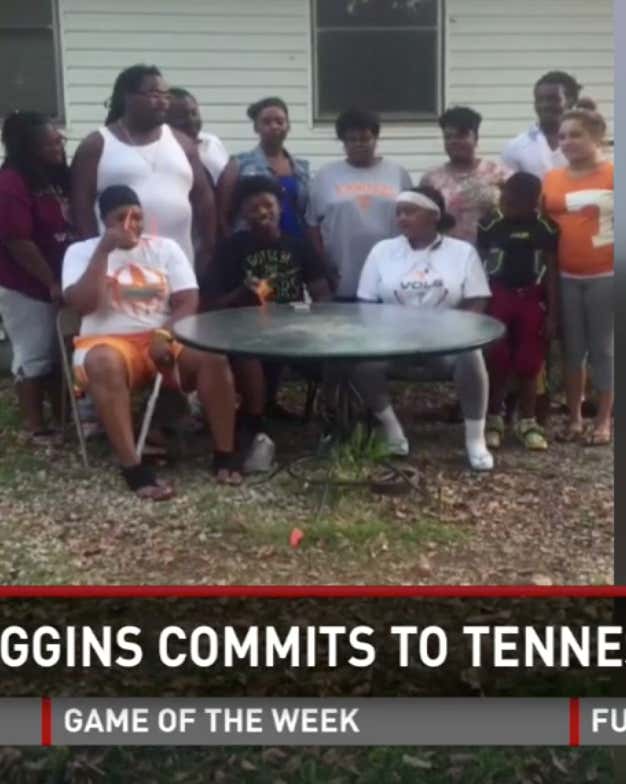 There was quite the shit storm on social media surrounding Higgins and the car he may or may not have “bought.” So much so that Tee Higgins mother had to get involved to do a little damage control: 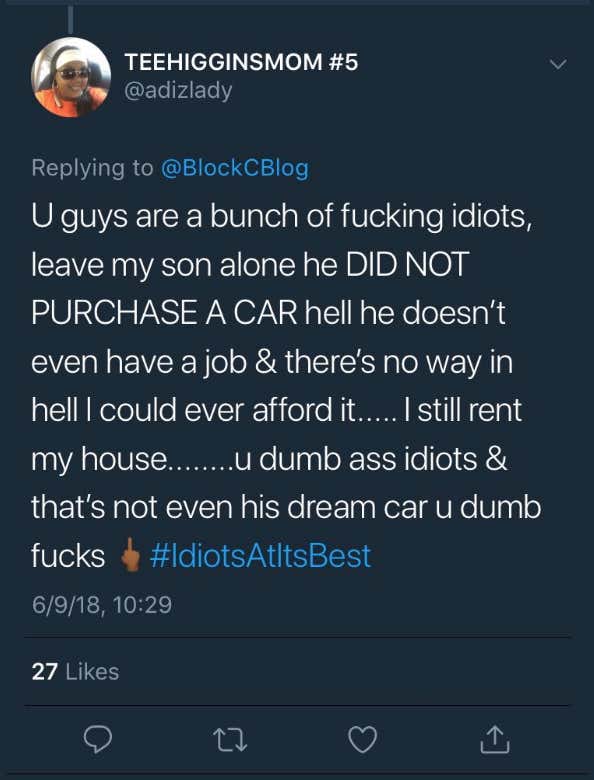 So did the car dealership:

FITSNews-“Mr. Higgins didn’t purchase the car in the picture,” a subsequent post from the dealership clarified. “However he did love the McLaren and went for a ride in it. It gave him a lot of inspiration to be even better so he can get one with his signing bonus when he gets drafted to the NFL.”

“We took the picture down at the request of Mr. Higgins,” another subsequent post from the dealership added. “We did not want to cause any problems for him even though there has been no wrong doing from him or us. We just wanted to post a picture with him in front of a nice car. We are working on getting him in one of our cars currently. We never said he bought the car he was standing in front of. Our other pictures we have of customers states the car they bought. This picture never stated what car he bought if any. People are always quick to judge and come to a false conclusion. It is a shame that a lot of people just want ridicule instead of saying something nice.”

-Car dealership posts that photo and with the caption that Tee Higgins “purchased a car.”

-Both car dealership and Tee Higgins mother perform damage control on social media, said Higgin’s didn’t buy the car, but the auto dealership is “working on getting him in one of our cars.”

Does Tee Higgins still have the car? Or am I just supposed to believe that Higgins drove 30 minutes to a random car dealership for a photo? I need some random South Carolina fan from their most popular online forum to spend his next month investigating this, because there is MUCH more here than just a photo.

When big-time recruits come on campus, head coaches should hold a specific meeting centered around telling them to never post a photo on social media of themselves in front of a nice car, unless you want to give a gift to your rivals fan base. Recruits and players are getting smarter about this stuff, but that strategy cannot be emphasized enough. There is nothing your rival fan base loves more than a player in front of a possible impermissible benefit.

The State-The dealer, True Auto Mart in Piedmont, placed the picture on Facebook and it went on to appear on other social media outlets. That, of course, got the attention of fans across the state, if not the country, and it also got the attention of Clemson’s compliance office.

“We sent a cease and desist to the dealership and they took down the post,” Clemson spokesman Joe Galbraith said Monday afternoon. “He did not buy any car there from that dealership. His eligibility is not going to be impacted at all. The picture was used without his knowledge or permission and so the dealership took it down and that was that.”

What a ridiculous world the NCAA is. A player took a photo in front of a nice car he (allegedly) wasn’t given, it got posted to an obscure car dealerships Facebook, so a Clemson lawyer had to get involved with a cease & desist to take the Facebook post down. I feel like this could all be solved with two simple steps: fire Mark Emmert and allow “student” athletes accept endorsements. Crazy idea, right?