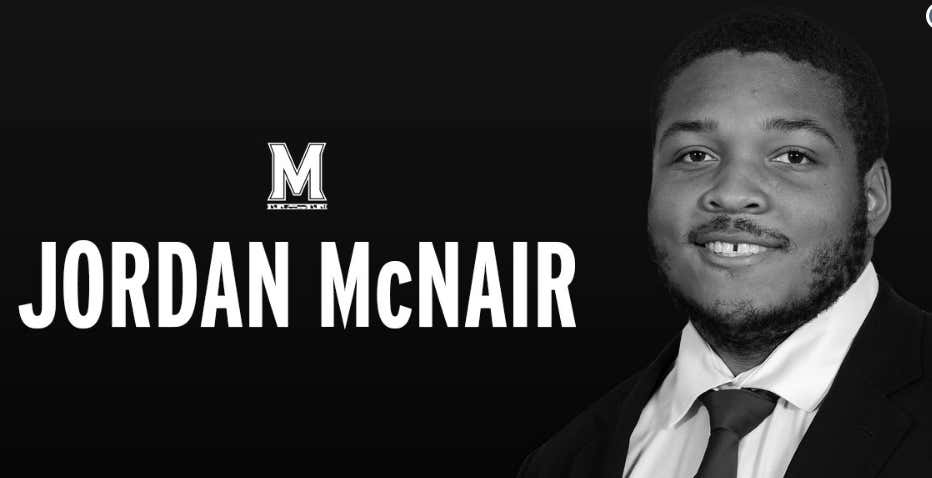 Sad story out of Maryland:

McNair, of Randallstown, Maryland, was 19. His exact cause of death was not immediately available. According to a GoFundMe page created on behalf of his mother, Tonya Wilson, McNair was airlifted to the R Adams Cowley Shock Trauma Center in Baltimore, where he received a liver transplant and was “fighting for his life this past week.”

There are a billion potential factors of what happened here, but this isn’t the first time an offseason workout from a P5 team resulted in a hospitalization. Last offseason, Oregon held a workout that resulted in three players being hospitalized:

Offensive linemen Doug Brenner and Sam Poutasi and tight end Cam McCormick are in fair condition and remained at PeaceHealth Sacred Heart Medical Center at Riverbend in Springfield on Monday, a hospital spokeswoman said. They have been in the hospital since late last week after workouts that occurred during the team’s return from holiday break.

Since 2000, 22 players have died due to overexertion. That number does not include head injuries. That’s a problem. Overexertion is the main cause of death in college football in the 21st century. There are a multitude factors in every single one of those deaths, but no player should have his life taken away during sprints after practice or a ridiculous workout in the offseason.

Should there be more oversight of these workouts? I guess, but giving more power to the NCAA is something I wouldn’t be the biggest fan of. In the instance of Oregon’s case, there should be a rule that strength and conditioning coaches must have specific degrees: