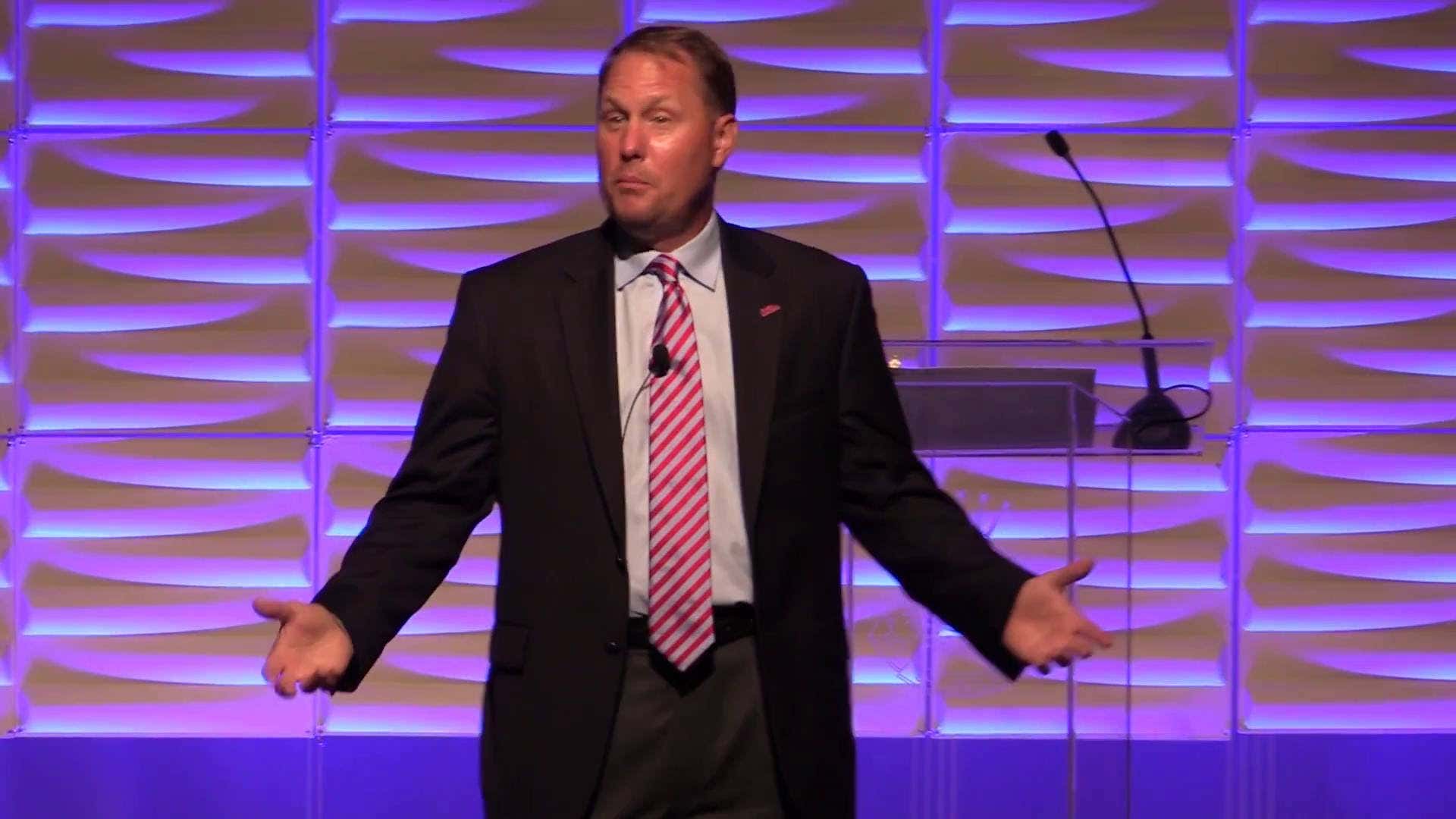 We are almost a year since Hugh Freeze lost his job as Ole Miss head coach. Freeze is still out of coaching, so to keep paying the bills, the former Rebels coach has ripped a page out of Jordan Belfort’s book and taken to the speaking circuit with his wife to discuss topics such as faith, learning how to “bounce back,” and handling national criticism: 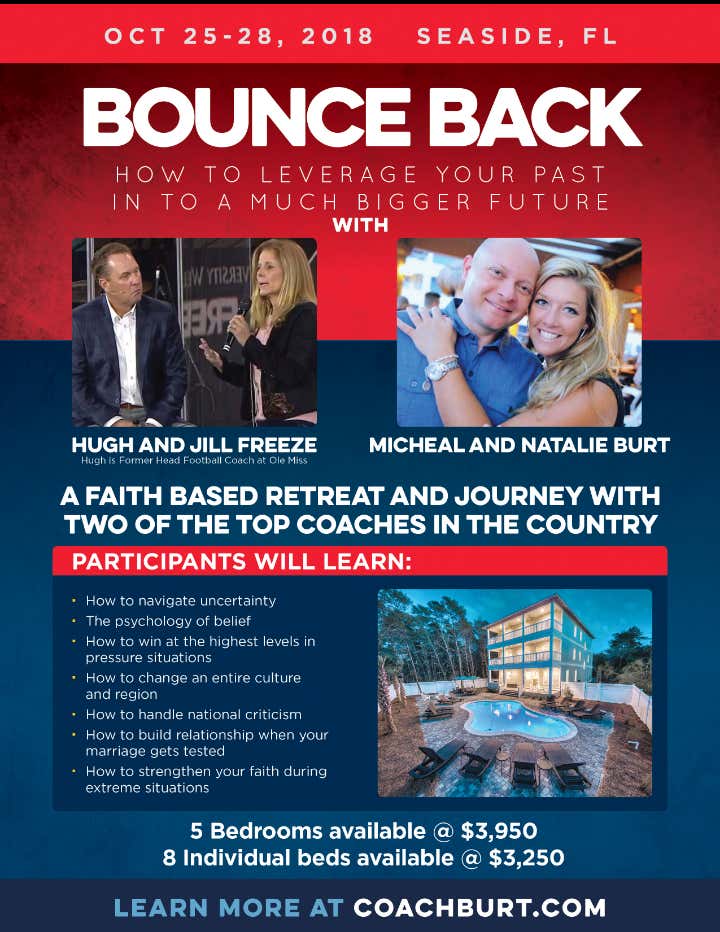 That’s right, folks. For a low price of just $3,250 you can listen to Hugh Freeze discuss “how to build a relationship when your marriage gets tested.” Don’t ask for too much with that $3,250, as you will only receive an individual bed. If you want a bedroom, you better be ready to drop an extra $700. Burner phones are not included in that package, as we all know Hugh Freeze prefers to use state-issued cell phones when discussing pivotal measures, like calling escort services.

You may be wondering why a human would drop over 3G’s for a bed to listen to Hugh Freeze talking about his marriage. Unfortunately, I don’t know the answer either.

Hugh Freeze does know a bit about “how to change an entire culture and region.” You don’t need to pay $3,000 for that, though. I’ll give you the answer now for free: boosters, duffel bags, and paying recruits.

The “Bounce Back” summit isn’t the only reason Freeze has been in the news recently. Steven Godfrey, at SB Nation, recently published his five-year report on the NCAA investigation into Ole Miss. The piece is long and full of interesting tidbits about Hugh Freeze. The most interesting has to do with how close the NCAA was to not spending all their man power on tearing down Ole Miss. If the NCAA hadn’t blown the Miami investigation in 2011, there wouldn’t have been a complete overhaul of their enforcement staff. The combination of a new enforcement staff looking for a victory and this infamous tweet by Hugh Freeze, Ole Miss may still be pulling in top 5 recruiting classes and throwing around hundred dollar bills like it’s nothing: 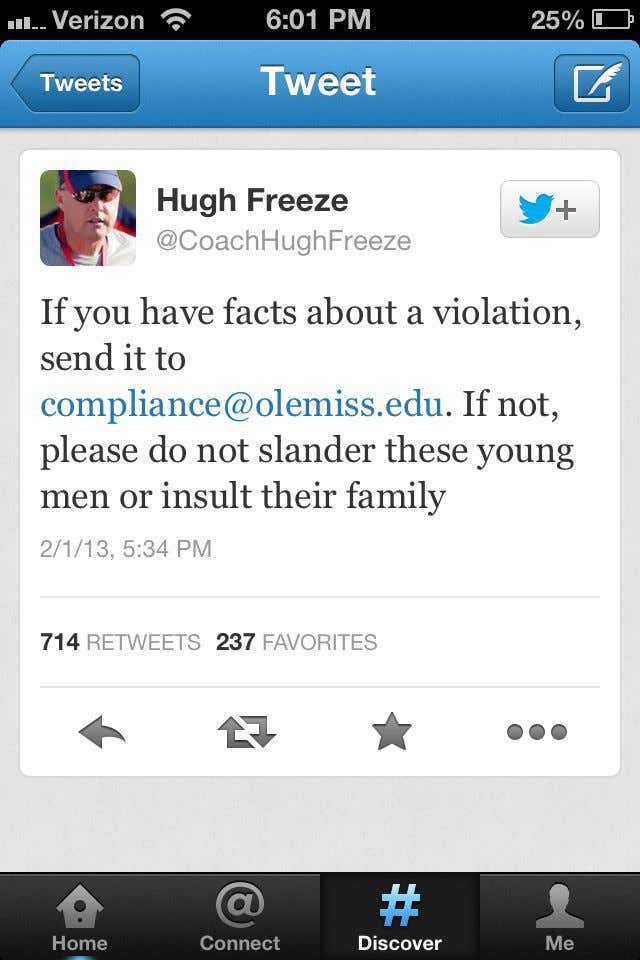 The importance of this tweet cannot be overstated. Hugh Freeze told the NCAA to come and get Ole Miss, and that’s what they exactly did:

SB Nation-“The problem at Ole Miss was that the head coach was searching his own name on Twitter every damn day,” a former staffer in the Ole Miss program said. “He became fixated on the criticism. He never got it, never understood it’s just part of the job. And most [head] coaches don’t give a shit about what’s said about them on social media because they aren’t reading it anyway.”

Rather than ignore that somewhat customary noise, Freeze made the biggest public relations gaffe of his career. In a since deleted tweet, Freeze wrote, “If you have facts about a violation, send it to compliance@olemiss.edu. If not, please do not slander these young men or insult their family.” [sic]

“Nothing will haunt us more than that stupid tweet,” a source at Ole Miss said.

I guess the $3000+ won’t go towards learning about safe social media habits.