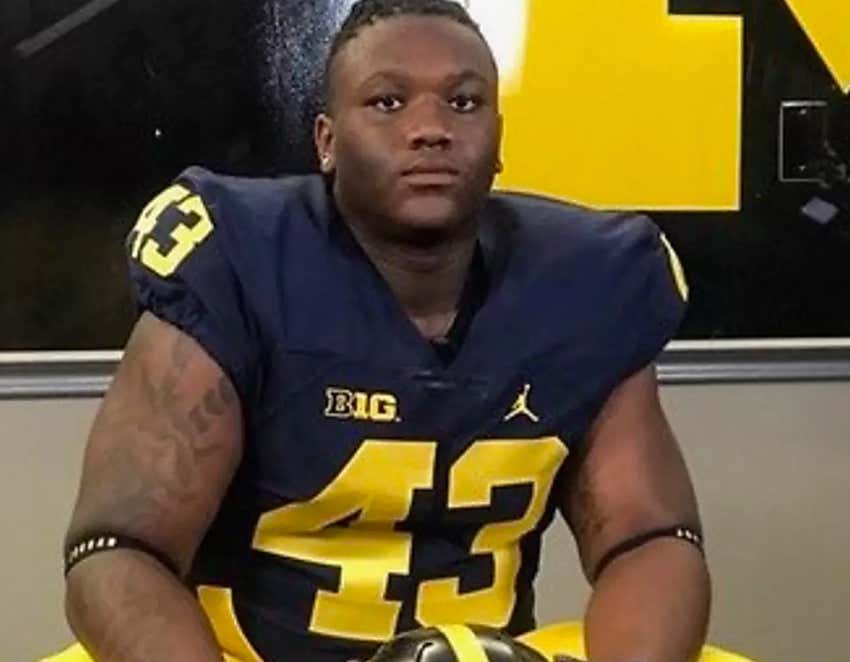 Meet Denver Warren, a class of 2020 DT from Illinois: 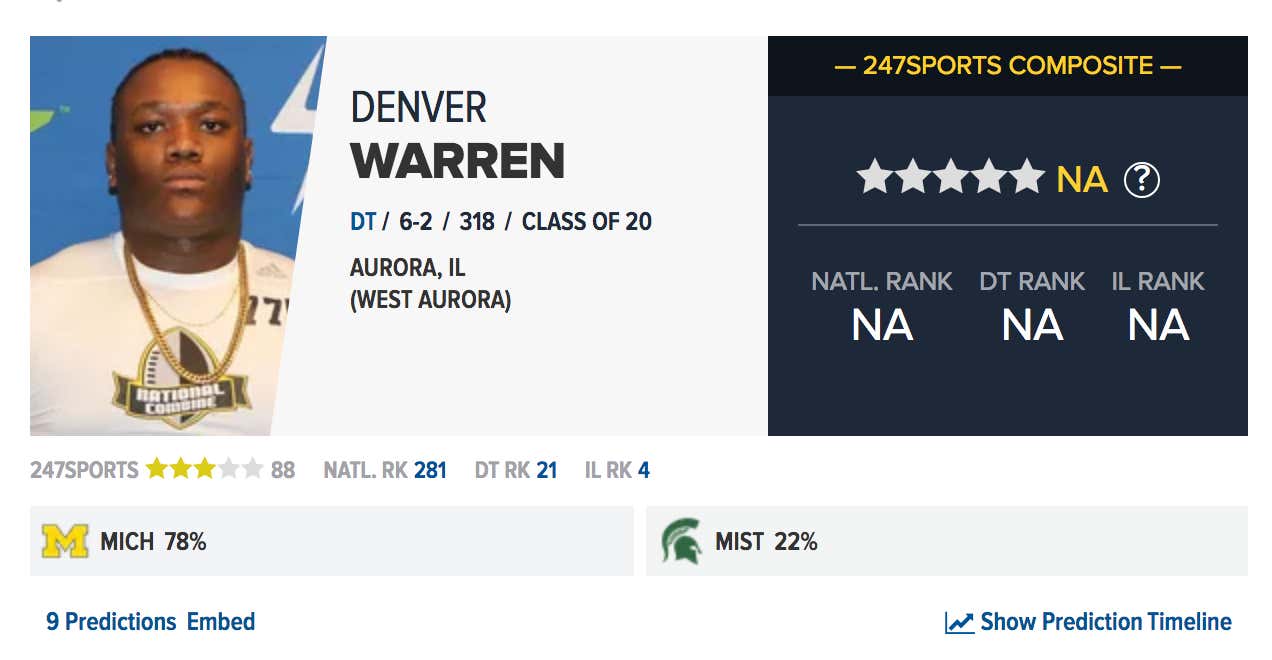 Warren is a rising Junior, so he is spending most of his summer visiting schools that have expressed interest in his footballing ability. One of those schools was Jim Harbaugh’s Michigan: 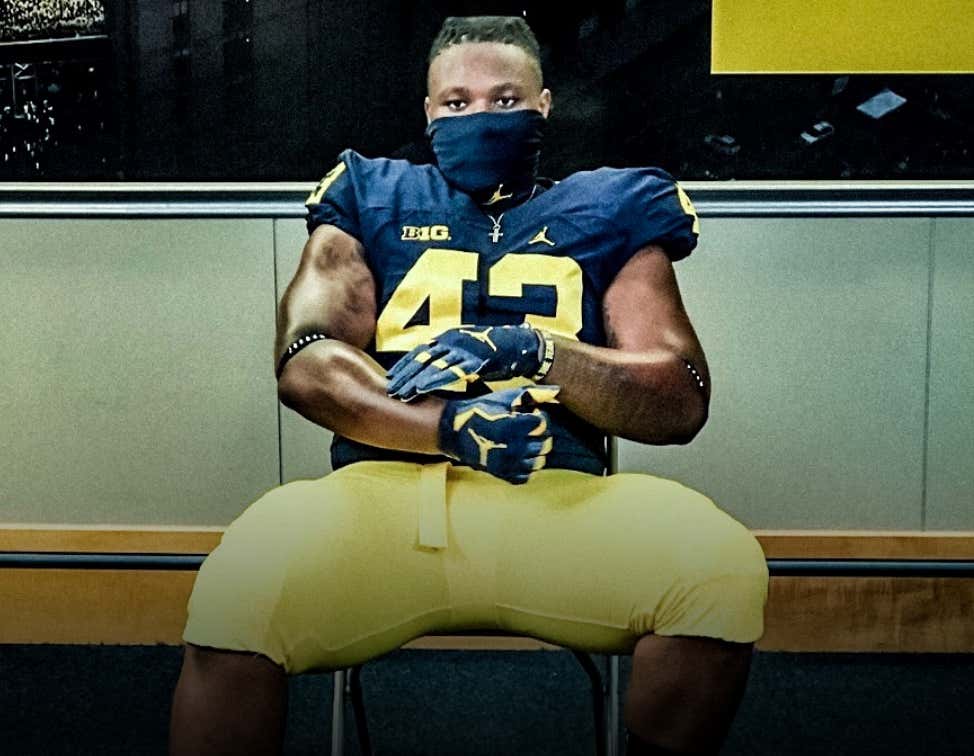 Warren was blown away by Michigan, according to his interview with Wolverines Wire:

Wolverines Wire-“And it won’t be my last!” he enthusiastically told WolverinesWire on Sunday, as he winds down from his weekend visit.

“It was just amazing,” Warren said. “It was just so much love and so much excitement. On a day that wasn’t even game day, it was so much energy and so much love all around. The whole town (is) just a college football town. You can just tell – how people dress, everybody’s wearing Michigan gear (even though it’s not) football season.

Outside of Michigan, the only other school that Warren showed true interest in was Michigan State. Apparently, a weekend in Ann Arbor has squashed that interest and resulted in him turning completely heel on the Spartans:

2018 will be a big year for Michigan football. Both Michigan State (10/1 to win Big Ten) and Michigan (6/1) are expecting big years.  October 20th shall be an interesting game in East Lansing.

P.s. Last week on the rundown, Tommy Smokes had himself a memorable voice crack:

Many people made fun of him, but what many might not know is that great broadcasters have all had their fair share of voice cracks in big moments. Listen to Sean McDonough’s famous “trouble with the SNAP!” call: