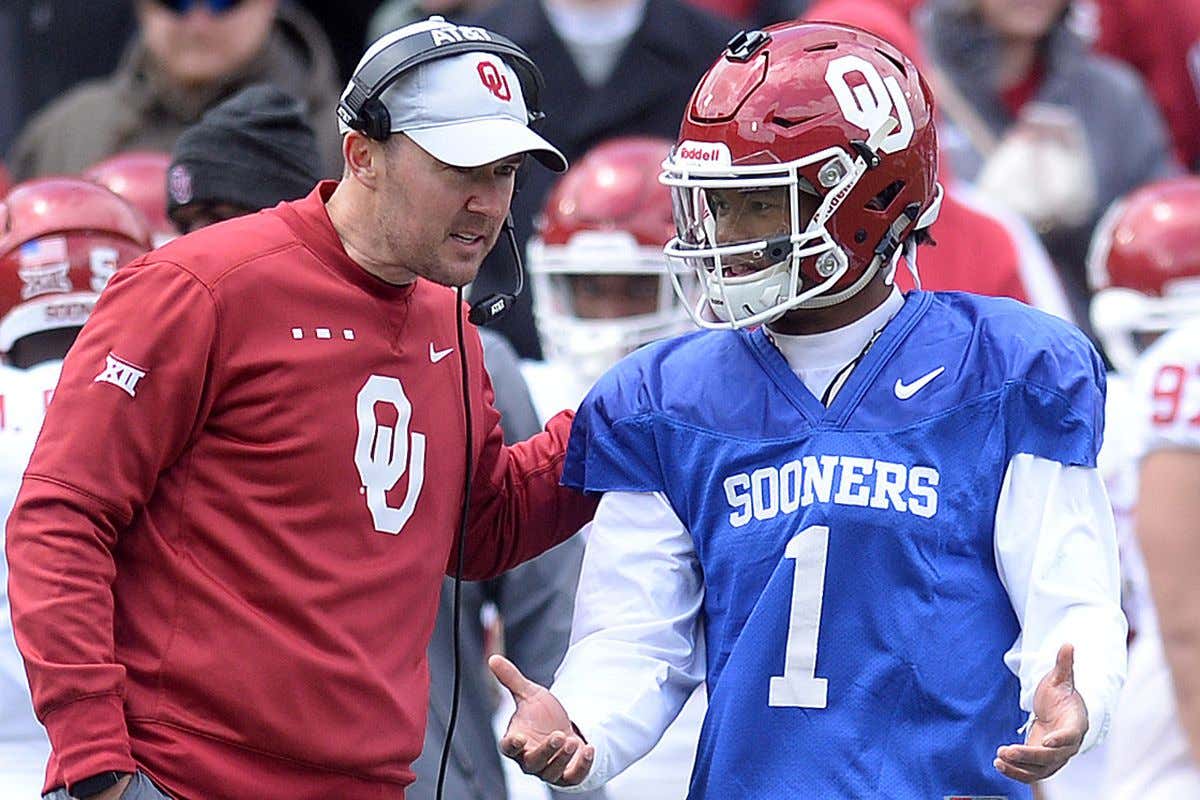 After Kyler Murray was drafted 9th by the Oakland A’s, rumors started to swirl about the assumed starting QB for the Sooners in 2018. Would he stay? Would he follow the money and leave for the A’s? Turns out he did both and signed a $4.66 million contract:

The multi-million dollar bonus made Murray one of the highest paid men in college football. The $4.66 million mark was almost $1,500,000 higher than his own coaches salary, Lincoln Riley. A player making more than his coach?! In the NCAA?!? What is this anarchy!!

Is it just a coincidence that Riley’s contract is “just” 100k more than Murray’s? Yes, it is definitely a coincidence, but why call it a coincidence when we can assume there is more here than there actually is?! Lincoln Riley doesn’t seem like the diva type, but who knows, I could see him storming into the AD’s office and yelling about getting paid less than his QB. Then to stick it to him, Oklahoma gave him just a tiny bit more than Kyler.

In other news, the dean of students at Oklahoma will now be the director of operations?! Never seen anything like that before:

In other, other shocking news, Oklahoma decided to give a raise to Mark Stoops, whose defense gave up 54 points in the CFP semifinals against Georgia and ranked 101st according to S&P+ in 2017.