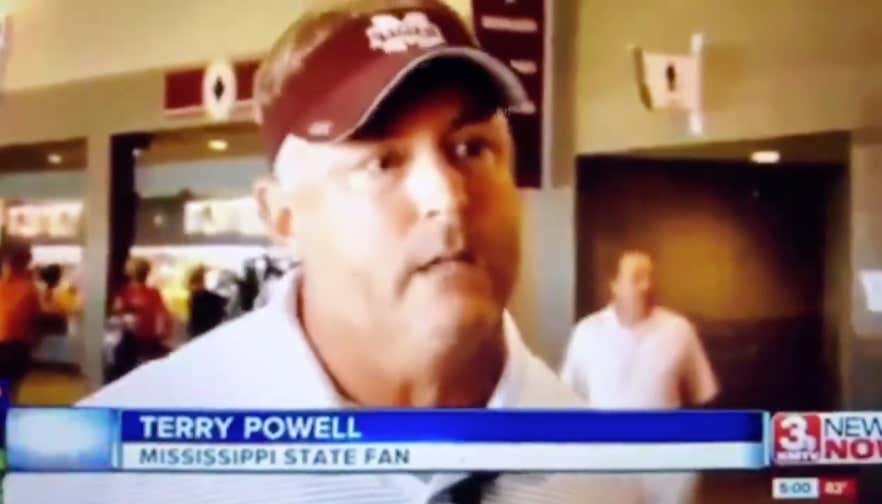 From absurd crimes to random interviews, local TV newscasts are one of the best-kept treasures in America. If a media organization could watch every newscast, put together a 30-minute segment of the best moments in them every day, I’d pay $20 a month for it.

Mississippi State is currently in the College World Series in Omaha, Nebraska. Starkville, Mississippi is around 13 hours away from Omaha via car. Thousands of Bulldog fans shipped up from Starkvegas to Omaha, including this fine fella:

Yes, that man did say:

“My wife’s boyfriend sold his prosthetic leg on Craigslist for me to be here, but they get alone time and I get the chance to be in Omaha.”

Obviously, we have quite the lie on our hands here, but let’s not lose sight of the fact of how great this performance was by Terry Powell. The way he kept face throughout, without any ums or ahs should be celebrated. Give this man free tickets behind the plate for the rest of the CWS. Upgrade his hotel. He deserves it all. Such an absurd story it’s believable. Elite troll.

It appears the prosthetic leg isn’t worth very much as he doesn’t have his own room in Omaha:

I have found his wife on Twitter, and she is apparently very proud of her husband:

As always, it just means more: