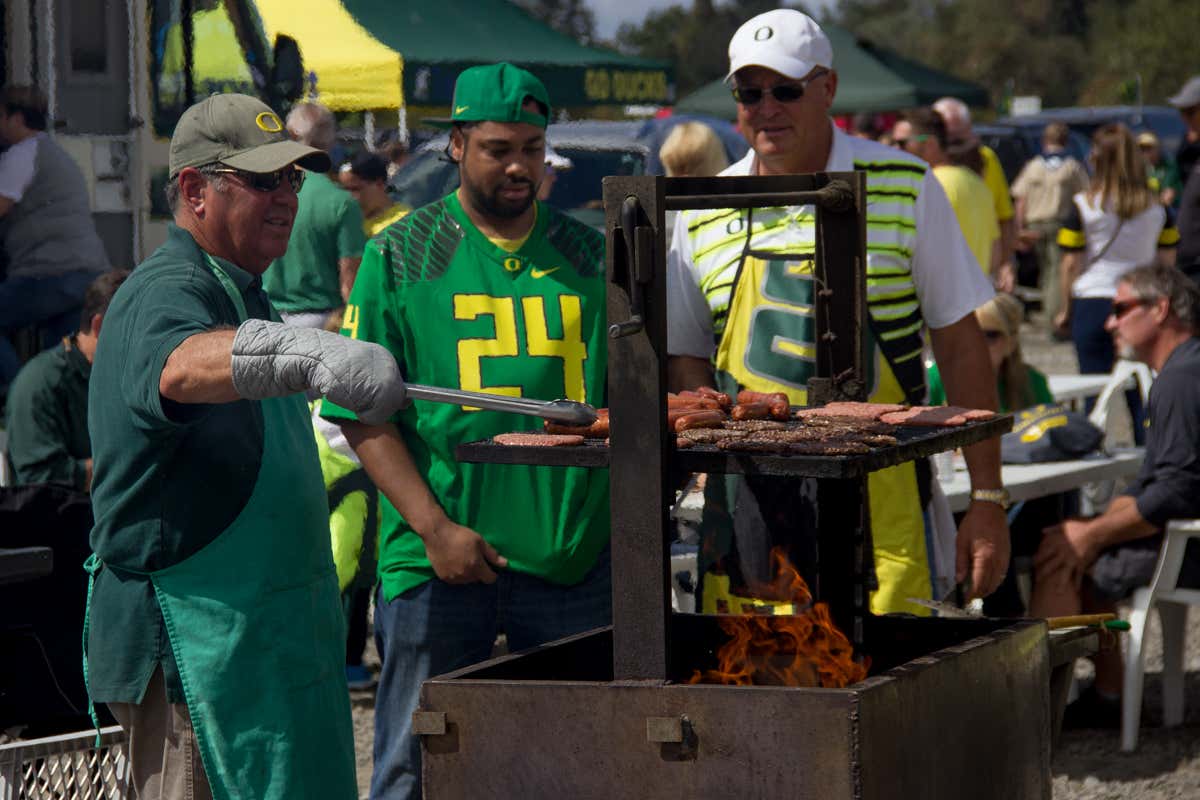 The atmosphere behind college football is the most fun of any sport in my opinion. The fans, the rivalries, the tailgating, the drunk college kids all come together to produce countless great moments. Unfortunately, the NCAA does it’s best to destroy the fun in the name of “amateurism.” Administrators at Oregon are going against the trend of their superiors to extend the fun for their fans:

Register Guard-What would you do with more tailgate time?

The University of Oregon wants to add two hours to the time before games where it’s legal to consume alcohol in parking lots around Autzen Stadium. Football fans now can drink legally in the lots for four hours before kickoff.

The Eugene City Council would have to change city code to extend the time that alcohol can be consumed in tailgate reserved parking lots to a total of six hours before games.

Depending on when the game starts, tailgating activities could start as early as 7 a.m.

UO athletic department officials say the additional time will enhance the experience for fans and decrease traffic congestion before games, including on Interstate 5.

“Sixty percent of our current football season ticket base comes from beyond Lane, Linn and Benton counties,” Roedl said. “Which means they are driving a significant distance, often three to four hours round trip, to come to Oregon football games. So, it’s truly an all-day commitment to come.”

Refreshing. America is college football and college football is America. This is a free country after all, right? If want to crack a cold one or take a shot, goddamnit you should be able to. There should be no restriction. Who cares if it’s 7 AM? Your pretentious friend may call you an alcoholic, but there is no such thing on a college football Saturday. Say hi to the haters as you take the shot.

This is also a time for SEC and ACC fans to express a bit of gratitude for how they are fortunate enough to tailgate in states that allow them to start drinking at 7 AM for an 8 PM kickoff. Not everyone is as fortunate.

Fun has come to Oregon in more ways than one this offseason. Remember this guy from the National Championship game? 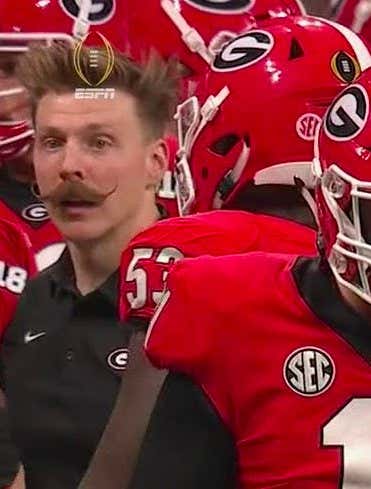 Fittingly, the state of hipsters, Oregon, hired him: 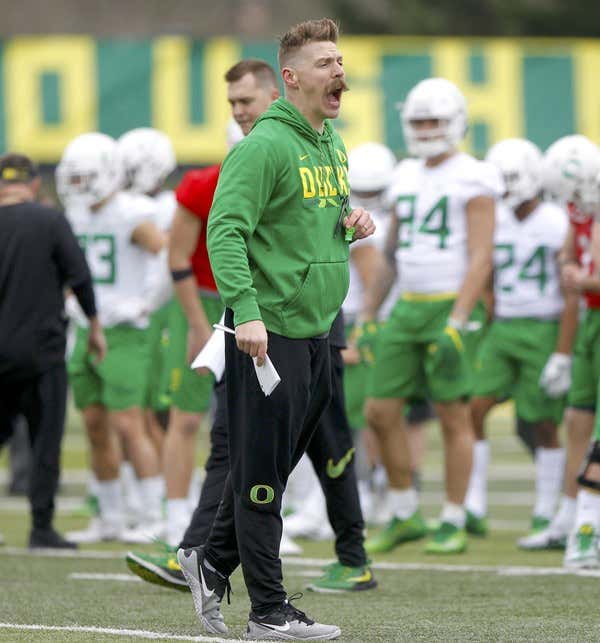 IPA’s on that guy.