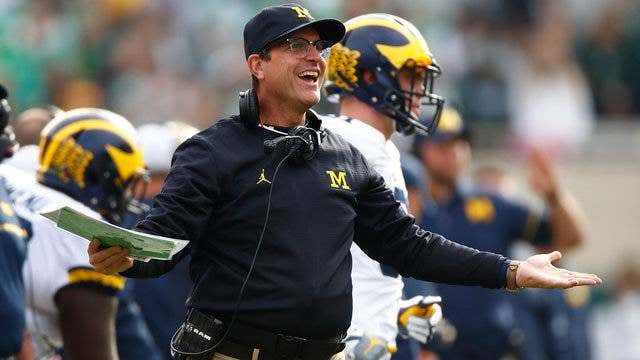 Last week, Michigan Athletic Director Warde Manuel presented the Wolverine’s budget to the Michigan Board Of Regents. Within the budget, the distribution Michigan received from the Big Ten was revealed: $52.1 million.

The Big Ten’s new television football and basketball agreements last year gave Michigan a big chunk from the conference. Michigan received $51.1 million in conference disbursements, a significant increase from the $36.3 million in 2017.  The Big Ten moved to multiple television partners in the new deal with ESPN/ABC and Fox.

A few things of note here:

1) In 2013, that number was at just $25 million to all the Big Ten schools. That’s a big chunk of change, but that number is up 108% in half of a decade. These are the numbers that matter, not the narrative that college football is failing because of too many bowl games or the lack of attendance. College football is alive and prospering.

2) A big part of that $51,200,000 is the success of the Big Ten Network. How the Big Ten has handled their TV network and rights deals will be a great blueprint for the ACC, who should have their own network before we know it. The ACC should, however, NOT follow how the Pac-12 has handled their network. The Pac-12 will distribute just $33.5 million.

3) If you ever hear that “there isn’t enough money to pay the players,” show them these stats and call them lazy for speaking that fake news nonsense. That goes for you too, Mark Emmert!!!!!

If you are looking for an idea on how to find a little bit extra change to pay these athletes making schools millions, maybe shut down the whole “AD/coach search firm” thing, especially when you are going to hire from inside your own school: