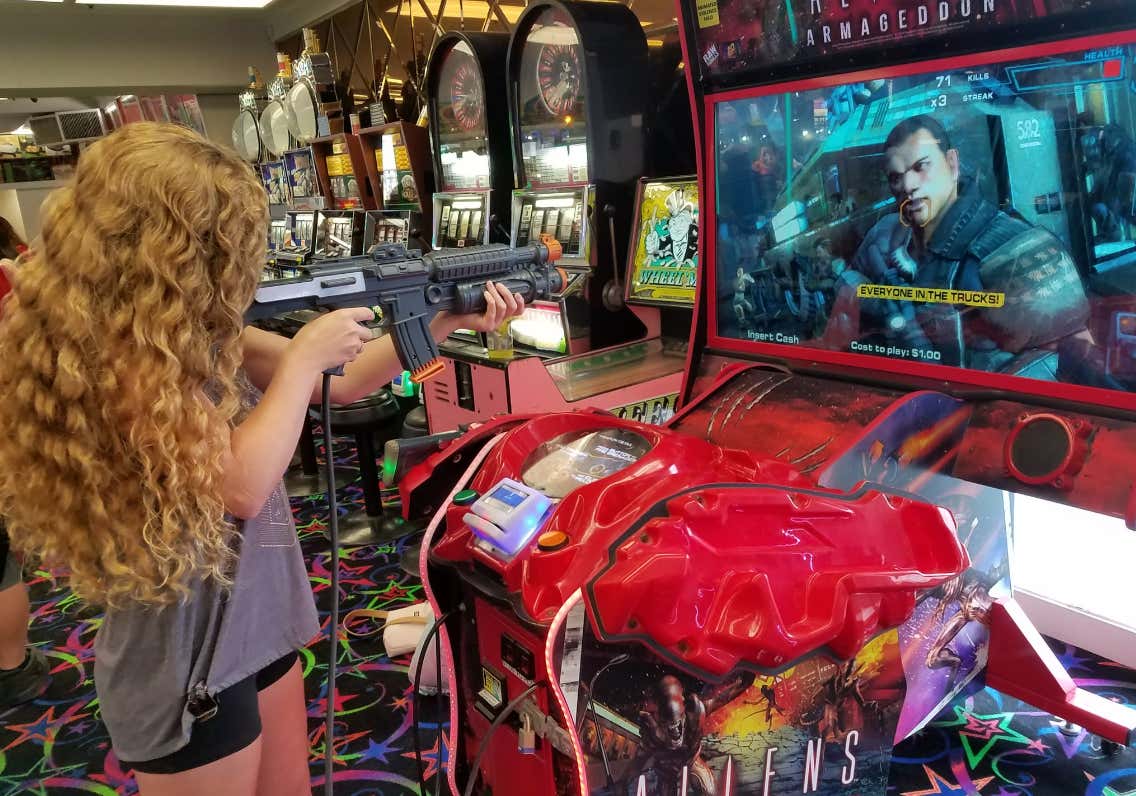 You may or may not remember Kaitlin Bennett:

From her infamous gun photo post graduation to her challenging David “Twigg Arms” Hogg to an arm wrestling competition for the fate of the 2nd amendment:

Kaitlin spent the past week in the NYC area and to OWN THE LIBS of the metropolitan area, she decided to take to Twitter:

Nothing like going to the arcade to own the libs, amiright?

One thing is for sure, Kaitlin is a very obnoxious young lady whether you agree with her politics or not. You do have to admire her countless trolls on Twitter.

This girl went from a nobody on Twitter with 639 followers on May 13th to 86,000 followers today, while putting up some of the most impressive ratios in Twitter history: 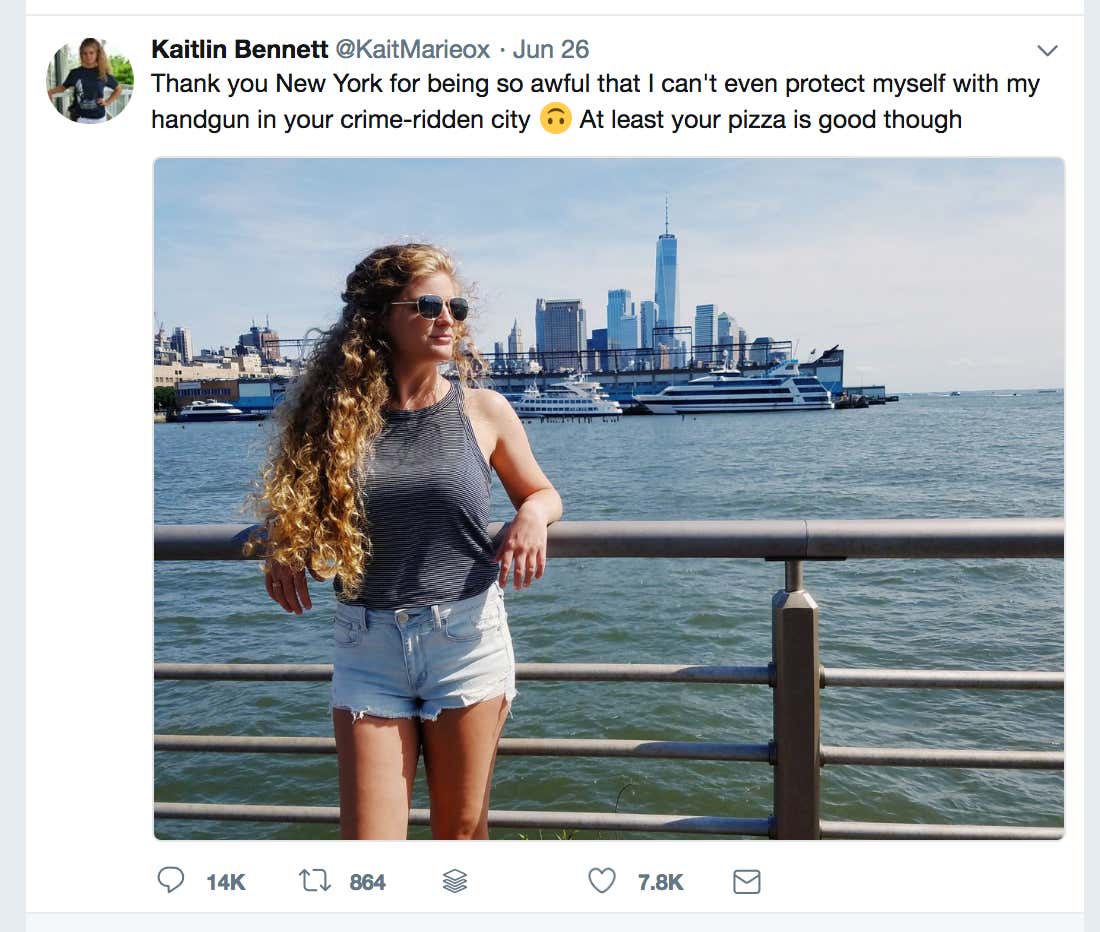 Here’s the thing, she came for New York, and it turns out that there’s nothing a New Yorker hates more than an outsider attempting to shit on their city (even if it’s true):