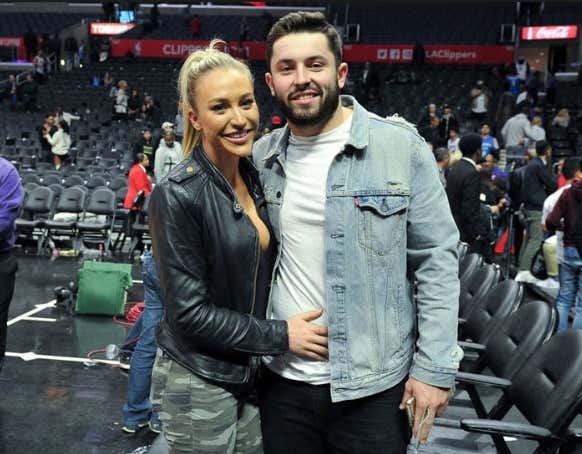 We are slowly approaching the dog days of summer as a sports fan. NBA/NHL free agency and the World Cup are helping, but July & August are a boring, boring time for sports fans. The combination of the lack of sports and the rise in temperature results in folks starting to go batshit crazy:

Baker Mayfield got engaged to an absolute rocket over the weekend:

Most would be happy about such a big moment for the Cleveland Browns #1 pick, but not Twitter check mark user David Hookstead:

Smoke Room-First off, congrats to Mayfield and his future wife. I’m always happy to see other people living their best life and being happy. Getting married is obviously a huge stop in a person’s life

Having said that, I’m not sure this was such a smart thing to do. Mayfield has known the blonde bombshell for about six months. That’s not exactly a long time. Second, he’s about to be the face of one of the most depressing franchises in all of pro sports. He hasn’t even thrown a pass yet, and he’s already focused on marrying a woman he’s known for a few months. Seems a bit quick.

When I first clicked on the article I was expecting a piece of meta-satire. Maybe the guy wanted to expose the Twitter world for what they often are: a group of people who read the headline, not the article, and jump to conclusions. Evidently, I was giving way too much credit to this check mark, because he took out his shovel and started digging for clicks with this hot take:

If I was the Browns general manager or head coach, I wouldn’t be loving this at all. I want Mayfield focused on slinging touchdowns. Now, I’m not saying he shouldn’t get married. I’m simply stating that maybe he should slow down a little bit. Let’s focus on getting a year of football under our belt before we rush off to get married.

I wish nothing but the best for Mayfield and Wilkinson. At the same time, let’s take some time to evaluate the situation. Focus on football above all else at this point of his very young career.

Stick to football and FOOTBALL only, young sir. When others are thinking engagement rings, I want you thinking about the engagement the Ravens nickel CB does when they are lined up man-to-man pre snap. You’ve got a big game week 3, son.

I really hope that Baker gets a whim of this tweet and replies to it with this smirk: 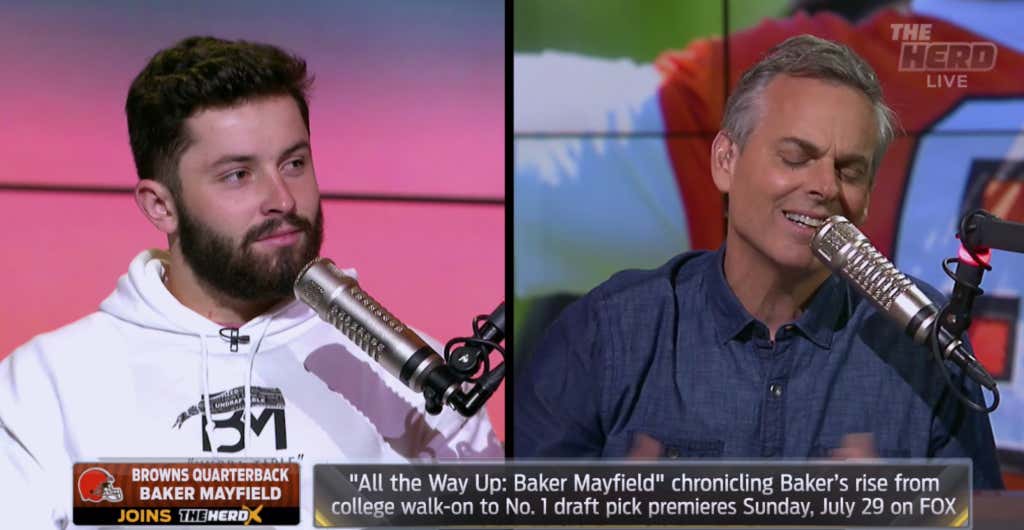 Just an all around bad take by this writer for the “Smoke Room.” It’s July 2nd, and I can respect him wanting to get his page views up early in the month (name of the game), but if we are taking his opinion serious, why would the Browns be nervous? I feel like they’d be the opposite of that. Why would you want your QB of the future out on the town (nightlife in Cleveland must be something with LeBron gone) looking for a Cleveland bachelorette, when he could be engaged?

With LeBron gone, Baker Mayfield is the main guy in Cleveland now. We will all be witnesses: