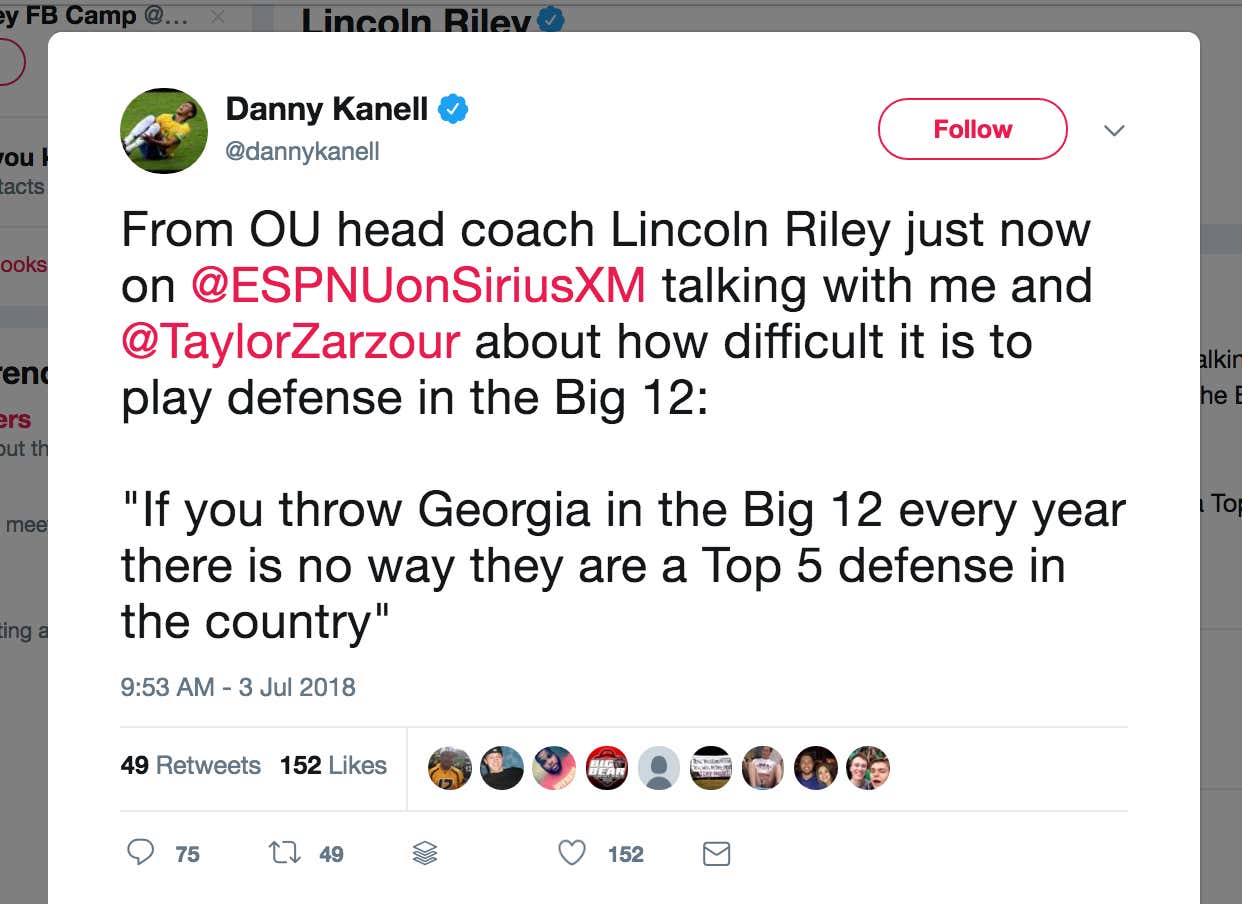 Football Scoop-However, Oklahoma head coach Lincoln Riley, whose squad played Kirby Smart and Georgia in the Rose Bowl semifinal on New Years Day, let his thoughts be known on Sirius XM’s ESPNU channel, saying that Georgia’s defense wouldn’t be a top five defense annually if they had to play in the Big 12.

As you will remember, Georgia and Oklahoma played against each other in the Rose Bowl. Georgia won that game 54-48 in an absolute classic that saw a combined 1048 yards. Oklahoma fans may never get over the sting of a loss in a game they were up 21-7, 31-14, and 45-38 with the ball with just 5:00 on the clock (sorry for the reminder, Sooners).

A lot of people are calling this a shot from Lincoln Riley for fair reason. However, he doesn’t agree: 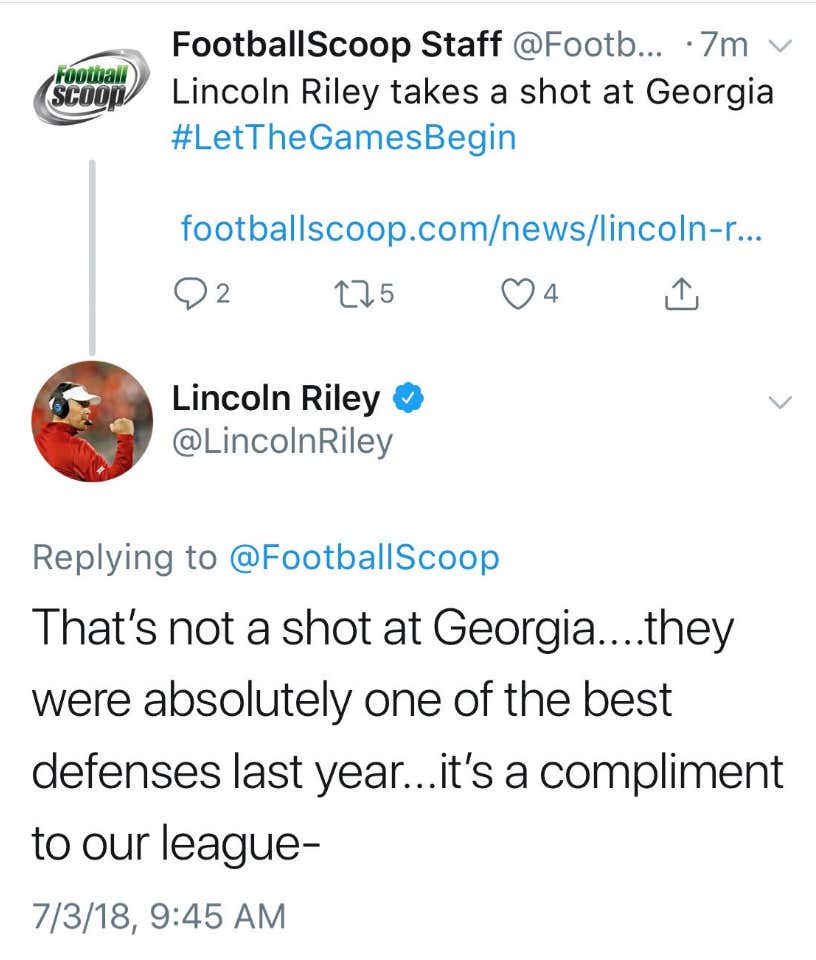 Nobody defends the Big 12 like Big 12 fans, coaches, and players do. Yesterday, I tweeted out the video of Neymar flopping around like a fish out of water in the Brazil-Mexico game and captioned it “Why isn’t soccer more popular in America?” Soccer Twitter came out with their pitchforks. I chuckled to myself thinking about the similarities between soccer Twitter and Big 12 sympathizers.

Does Riley have a point, though? Sure, if Georgia was in the Big 12, they wouldn’t rank in the top 5 of total defense or points allowed per game. That’s a dumb way to look at how good a defense is, though. Last year, SEC teams saw an average of 69 plays per game (nice) while Big 12 teams save an average of 75. That may not look like much, but when you are facing teams that average around 6 yards per play, you are most likely going to face about 36 more yards per game just because of your conference. The difference between the 11th ranked team in yards allowed per game and 33rd ranked team is 36 yards for perspective.

Bill Connelly’s S&P+ metric aims to take out the variance in college football and assess all teams on a level playing field. Last year, Georgia’s defense ranked 11th in S&P+ defense, while Oklahoma’s ranked 101st. On average, the Big 12 ranked 71st in S&P+ defense, while the SEC ranked an average of 54th (this includes Ole Miss and Arkansas, both bottom 20 defenses in the entire country, you take those two out and the number drops to 44th). SEC defenses are just, on average, better than Big 12 defenses and that, in theory, would translate to the Big 12.