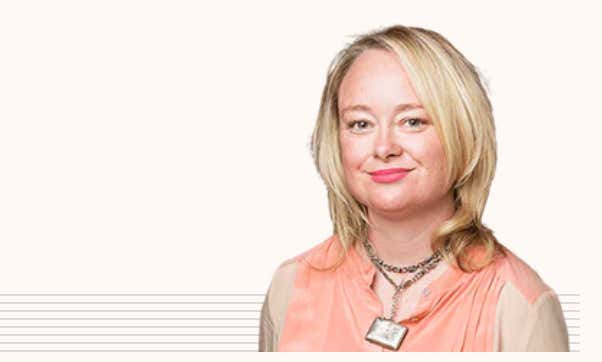 A sad story out of Australia from this past week:

Meet Brigid (that is not how you spell Bridget) Delaney, a capital J Journo out of Australia, who writes a weekly “Diary” for The Guardian. Her work includes explaining how to play Fortnite, about 6 months after the game became popular:

And exposing the FRAGILE masculinity of frat guys everywhere:

Her most recent work, posted on July 4th to really STICK it to America/Trump, is truly something:

The Guardian-It was November 2016 and the only person I knew who believed Trump would win the US election was the owner of my gym. This was clearly a ridiculous prediction so, seeing the chance for some easy money, I offered to bet him $100 that Hillary would win.

But the gym owner, clearly not wanting to do his dough, pointed at this horrible thing in the corner with the name “sled” and said: “If Trump wins you have to pull 70kg on it.”

It was double what I could usually pull. And, if I won the bet, the gym owner would pull double his personal best.

Pretty cool of the gym owner to not take his clients money, but instead, inspire Brigid to accomplish a feat of strength. That’s what it’s all about.

After Trump claimed victory, I went up to the gym in a foul mood. “Just fucking load up the fucking sled, all right, and let’s get it over with,” I said without much grace as I strapped a belt around my waist.

I pulled the sled like a human oxen while being filmed and the gym staff cheered. I did it. But the Trump victory soured my successful show of strength.

What an awesome environment for somebody to work out in. Some gyms are filled with grumpy staff members, but Brigid seems to have found an outlier. More reason to go back and improve your health, right? WRONG!

Hungry and sore, I repaired to a restaurant down the road that I had never visited and where I had never seen anyone come or go from. The silent restaurant – no background music, no other diners – seemed like the perfect place to welcome the end of the global liberal order.

What new political order had been born tonight?

An elderly waiter appeared and handed me a menu. Most things on it were not available. The one dish that was was unspeakably awful and the colour and texture of cement.

I never went back. But I also didn’t return to the gym. I associated it now with Donald Trump, the bad meal and pulling the sled.

I have ZERO idea what the restaurant has to do with this whole story about an Australian feeling down about Trump’s victory. Maybe I’m missing the metaphor. I guess I’m just not on her intellectual level.

I don’t want to continue without making it clear that all indications point to Brigid Delaney living in Australia. This isn’t an American who is distraught over President Trump, but an Australian. It would take Delaney 22 hours via plane to get to Trump’s current residence.

Could I really avoid the gym for the entirety of his presidency?

I missed being strong enough to open jars and carry groceries. So, last week, I returned to the gym, slinking back in as if no time had passed. I hoped that by wearing a puffy jacket and MC Hammer pants I could hide my lack of definition – that I could pretend I had maintained my fitness on my own. At home, running to the building next door. On the couch. While tweeting.

But you can’t hide fitness. You either have it or you don’t. You can either lift the dumbbell or you can wobble on your fifth rep and drop the load.

You are either strong or you are weak. And I was weak.

Trump is a real estate mogul. Walk around Manhattan for 30 minutes, and you’ll probably walk by a few buildings owned by the 45th President. Take a trip down to your closest liberal arts college coffee shop and you’ll find a room full of minds occupied by Trump owned real estate. That’s nothing new, but I had zero idea he owned this much real estate in Australia.

The cruellest thing about fitness is that it doesn’t last. It should be the rule that you only need to get fit once. And once you get there, you stay there.

I was fit in 2016, before Trump. But when you stop, it goes. And it goes quickly. A week or two and you have to start again with the 2kg dumbbells and the tremor in your forearms.

I returned again this week – to the boredom and pain of the gym – trying to build up back to the strength I had before Trump became president.

Here’s to Brigid Delaney’s journey back to fitness. Hopefully, she’ll get back to opening jars without any problem: