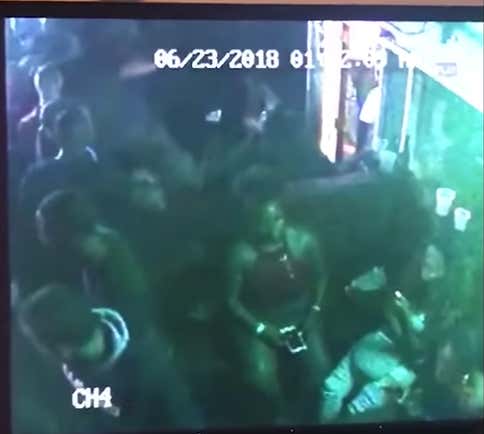 Yesterday, word came down that VanDarius Cowan was dismissed from Alabama by Nick Saban:

“Violation of team rules” translates to sucker punching a random guy in the bar and giving him seven stitches, a broken tooth, and nerve damage:

Tuscaloosa News-The dismissal comes less than a week after Tuscaloosa Police charged Cowan with misdemeanor assault. The statement did not address the arrest.

The arrest was related to an incident at a Tuscaloosa bar last month.

Cowan was charged with third-degree assault, Tuscaloosa Police confirmed. He turned himself in Thursday and immediately posted $500 bond without having to go to jail, which isn’t uncommon for misdemeanor charges through TPD.

According to the police report, Cowan is accused of punching Jesse Ray, 26, in the face at High Tide bar off the Strip early on the morning of June 23.

He said he drove himself to the emergency room at DCH Regional Medical Center where he was treated for a gash on his lip that required seven stitches. He has a broken tooth and nerve damage, he said.

Ray told The Tuscaloosa News that he was entering the bar as Cowan was leaving and said he did nothing to provoke him.

He said he drove himself to the emergency room at DCH Regional Medical Center where he was treated for a gash on his lip that required seven stitches. He has a broken tooth and nerve damage, he said.

Here is a video of the “alleged” incident (watch the top of the video, the punch occurs around the 0:20 mark):

Yesterday, on Twitter, the brother of the guy who was punched, tweeted out a thread with Facebook messages with another user that he claims to be VanDarius Cowan. He has since deleted the thread (did Nick Saban get to him?). Here is a picture from that thread (WARNING: GRAPHIC): 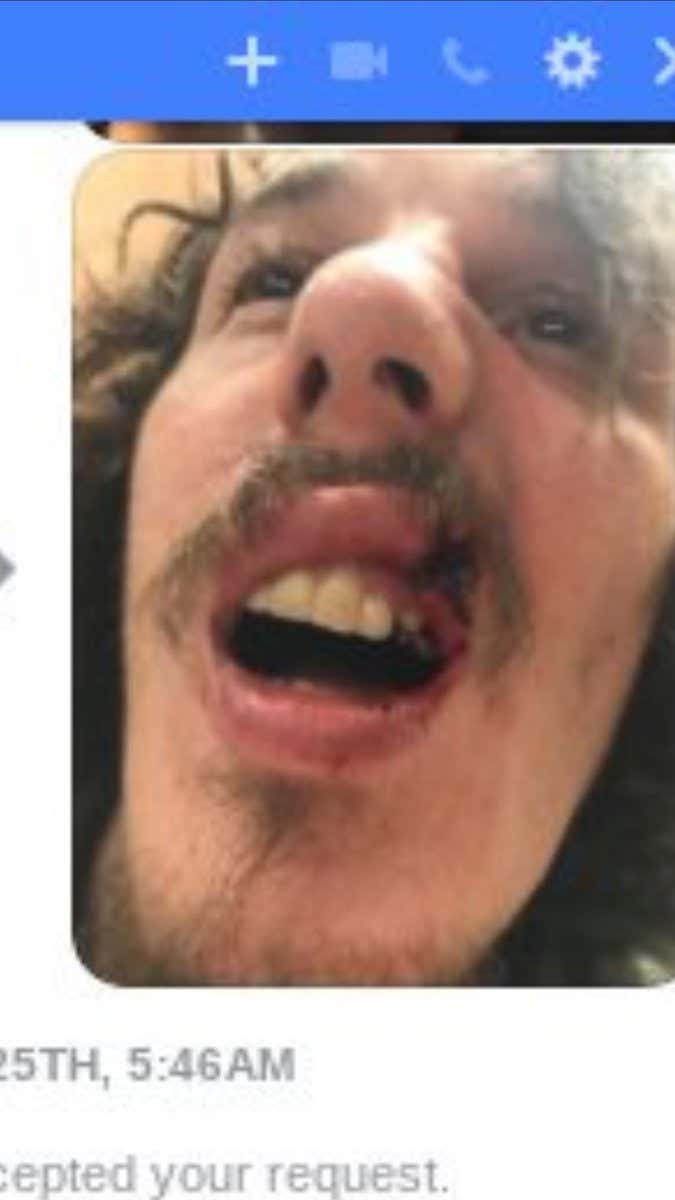 In that thread, the brother’s victim posted a screenshot of him challenging VanDarius Cowan to a fight. I don’t know if that guy is reading this, but I would highly suggest him taking back that challenge. VanDarius just broke your brother’s face and he’s 6’4, 236 LBs. I know you want to defend your brother’s honor, but I’d HIGHLY suggest you reconsider.

Cowan is now off of Alabama for obvious reasons. He, also, has a tattoo he probably should get rid of: 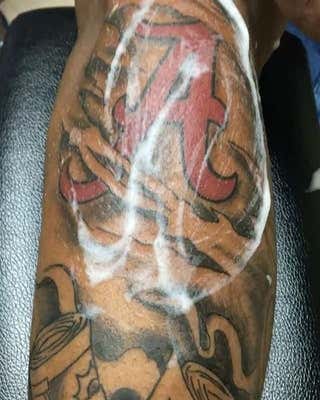