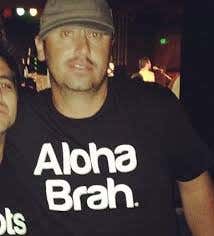 Steve Sarkisian was fired from USC back in October 2015. What led up to that decision by USC was various events that included showing up drunk at a booster event and a team meeting, where he wasn’t allowed to go on the field because of how drunk he was.

Here’s a video of Sarkisian at a USC rally, where he was allegedly drunk:

Sark found out that he was fired through an email.

After his termination, Sarkisian ended up suing USC for $30 million for “wrongful termination.” Sark didn’t end up winning that lawsuit:

Salt Lake Tribune-Former USC head football coach Steve Sarkisian has lost a $30 million lawsuit that claimed he was improperly fired by the school instead of being allowed to seek treatment for alcoholism.

An arbitrator last week ruled in favor of the University of Southern California, saying Sarkisian concealed his condition from the school.

In a statement Monday, Sarkisian said he was “disappointed in the decision, but we will respect it and move on.”

I’m no arbitrator, but this seems to make a lot of sense. The allegations against Sark seemed as if the two reported incidents of him showing up to events drunk were not isolated:

Source-A player told [us] via text that Sarkisian “showed up lit to meetings again today.” Another source said he showed up Sunday morning and “appeared not normal,” and then was told to leave.

“They wouldn’t let him come to practice,” the source said.

Sarkisian is currently the offensive coordinator of the Atlanta Falcons. After leaving USC, he checked into a rehab center thanks to CC Sabathia. All indications point to Sark overcoming his battle with alcohol since then. He replaced that vice with another one: