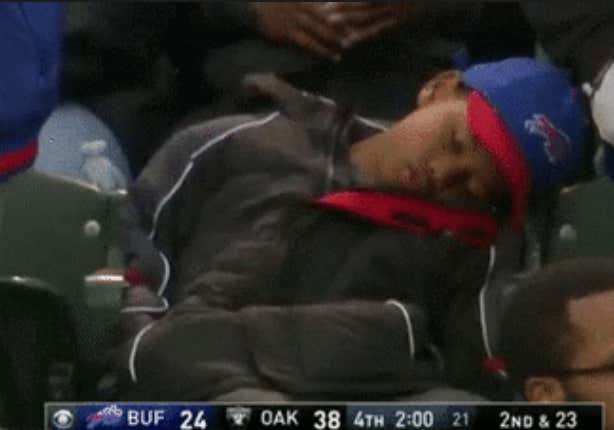 It’s the dog days of July. Not much is going on in the football world and writers need something to talk about. Hypothetical arguments are created for content. That includes the age-old discussion “what’s better, the NFL or college football?!” as if it is a competition. The most recent writer to dive headfirst into this argument is Andy Benoit:

I went into this article with very low expectations. Honestly, I was expecting the worst. To Benoit’s credit, his first paragraph exceeded expectations:

SOURCE-For the past six years I have watched almost every NFL game and, aside from a few pre-draft projects, zero college football games. This is partly because covering the NFL is my job, but mostly because I enjoy pro football infinitely more than college. To me, comparing college to pro is like comparing a small town community theatre to Broadway.

I have never been apart of a debate team (s/o to me not being a nerd), but I know for sure the “I know nothing about [x], but I LOVE [y], so, therefore [y] is definitely better than [x]” is the worst argument style known to man. To think Mr. Benoit led off with that is dumbfounding.

I realize many fans watch football mainly for that glitzy presentation. They love the pageantry of football. The tradition. The sense of community. Most people say that in this regard, college beats pro. To those people, I say: you’re right. In fact, it’s really not that close. But there are those of us who like football’s pageantry but love its strategy. We see the game as a chess match, only where everyone’s pieces are not the same, those pieces are not confined to individual squares, they move not one at a time but all at once, and that movement usually doesn’t stop until someone scores or gets hit.

Seems like Benoit is describing the love of football strategy. I don’t think I’m breaking any news here, but the game of football is played at both the NFL and college level.

Benoit then gets into his main arguments on why the NFL is a superior product: career lengths (fair), number of teams/ players on roster, overtime format (CFB is far superior), width of field, and length of game (he doesn’t like how there are more plays in CFB than the NFL because he has to….*gasp*…break down more plays on film). I included everyone in that list except for the two arguments which made me laugh out loud. The first of which was this NFL elitist including “feet inbounds for a catch.”

In the NFL, it’s two feet, which makes sense. In college, it’s one foot, which doesn’t. If a player straddles the sideline as a he runs with the ball, his left foot on green grass and his right foot on the white, he’s out of bounds. But if that player jumps to catch the ball and comes down with that same left foot on green grass and that same right foot on the white, he’s inbounds, just as long as that left foot touched first. Why?

The NFL, an organization worth BILLIONS of dollars, still doesn’t know what a catch is. Can any of the NFL’s thousands of employees tell me what a catch is? Seriously.

Jersey numbers-In the NFL, they mean something. Numbers in the 20s, 30s and 40s are running backs on offense and defensive backs on defense; those with 60s and 70s play in the trenches; teens and 80s are wide receivers, etc. This continuity—while imperfect (see Packers running backTy Montgomery, whom the league inexplicably allows to wear No. 88)—tells a story. You can glimpse the field and quickly surmise what’s happening. For coaches and signal-callers, this streamlines the vital process of identifying personnel packages. That leaves more time for strategizing.

In college, the jersey numbers are random. Any player at any position can wear anything. It’s chaos. Looking at the field is like poking your head into a noisy classroom and trying to make out what students are saying.

My pet peeve in life will forever be NFL fans/journalists who stand on a tower made of glass, supported by q-tips, and virtue signal how they are too good for college football. The funny thing is they haven’t even reached peak form at that point. If those same folks want to level up their #wokeness to galaxy brain level, they bring in how their morals don’t allow them to “support college football.” Imagine that! NFL fans bringing up morals! GROSS!

Here’s a wild idea: enjoy the NFL and college football. You can do both. Most people do. Games are rarely on at the same time. The NFL has advantages on college football and vice-versa. We are talking about sports here.