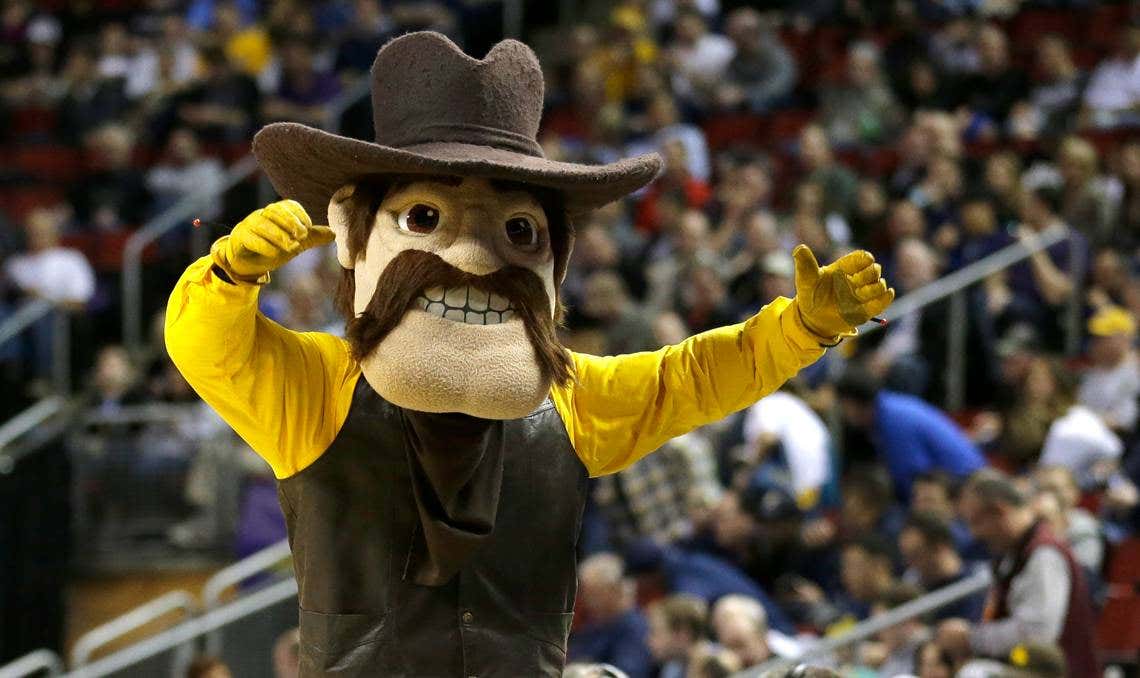 Does the world need more Cowboys? The University of Wyoming certainly thinks so:

Reuters-A marketing campaign adopted by the University of Wyoming in Laramie centered on the slogan: “The world needs more cowboys”

Laramie Boomerang-The U. of Wyoming has proposed a new tag line, “The world needs more cowboys,” for a promotional campaign that seeks to upend the stereotype.

Makes sense, right? The University of Wyoming’s mascot is a Cowboy. Colleges get creative when they come up with marketing campaigns and center them around what’s unique to their school. Nice job, Wyoming!

Technology has come a far way, but there is still a way to go. Hopefully, before I die, I can get a chance to enter another person’s head to see how they think for a day, because there are so many quotes I see on a daily basis that just blow me away. How could Professor Currano think this was a joke? Was it April 1st? Hahahaha professors! We were just joking about our totally fitting marketing slogan! Nothing like a marketing slogan joke on April Fools, amiright lmao?!

Kansas.com-Porter also said the slogan is “unacceptable” because the word “boy” excludes anyone who identifies as a woman.

“In 2018 — and really for the past 20 years — it’s not been acceptable to use the generic male to pretend that includes female,” she told the newspaper.

It’s almost as if Wyoming expected this response as the campaign is subtitled “inclusive, by design,” which I guess wasn’t large enough text for everyone to see: 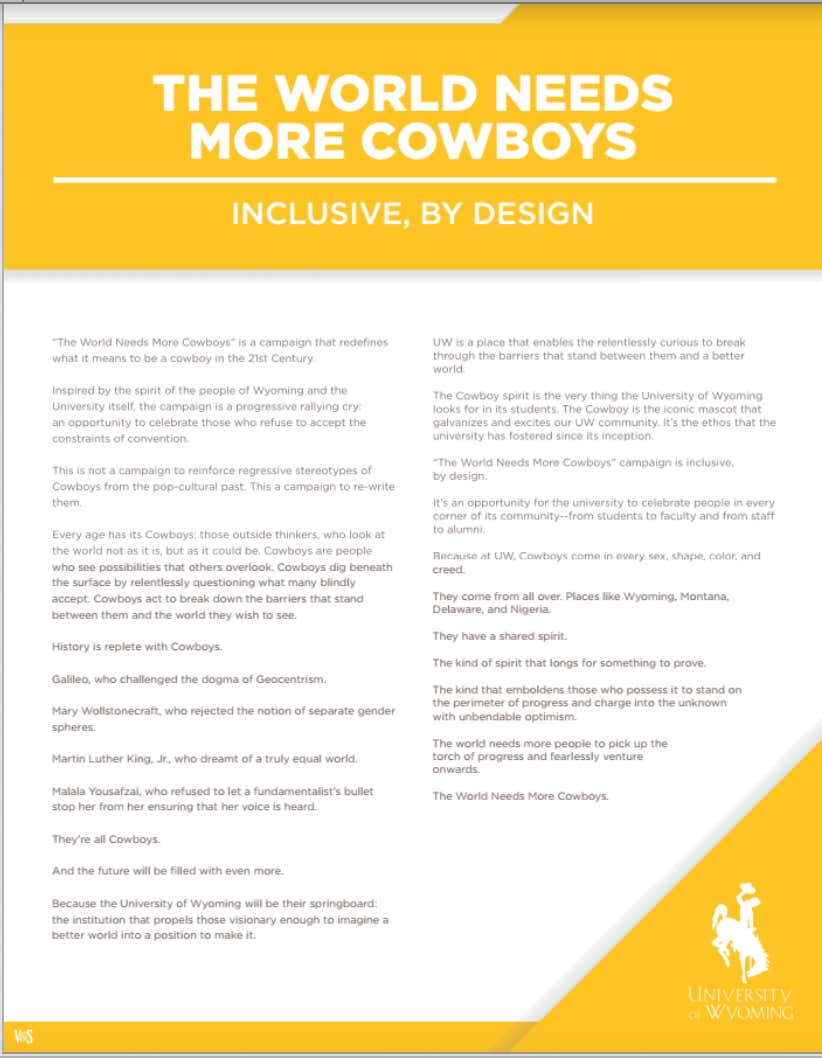 “I am not the only person for whom the word ‘cowboy’ invokes a white, macho, male, able-bodied, heterosexual, U.S.-born person,” Porter said. “The history of cowboys, of course, is much more diverse than that racially, and presumably also for sexual orientation. But the image — what the word ‘cowboy’ means off the top of almost everybody’s head in the U.S. — is the white, heterosexual male.”

What is being swept under the rug for this story is how the “the world needs more Cowboys” campaign was created by a mastermind group that was paid $500k for their services:

Boulder, Colorado-based marketing firm Victors & Spoils was paid around $500,000 to develop the campaign. It is part of a more than $1.4 million investment to advertise the university both within and outside Wyoming.

If you are wondering why college is so expensive, it’s partly for reasons just like this. $500k for “the world needs more Cowboys?” Really? I need to start one of these marketing “firms.”