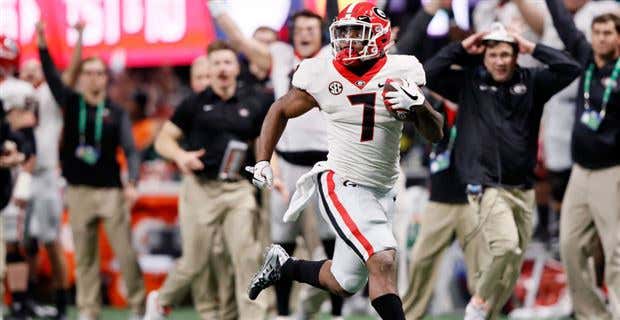 Odds have been released for all 10 college football conferences. Let’s take a look at them and see if there is any value:

Don’t see much here. Clemson being -200 makes sense; they are way ahead of everybody else in the conference in terms of talent and coaching.

Virginia Tech 14/1 may pop out to you, but don’t throw your money away with that one. The Hokies are going to have a tough road ahead in 2018, replacing around 9 contributors to their 2017 defense.

Ohio State is loaded coming into 2018. Yes, they lose 13-year starter JT Barrett, but there is a feeling in Columbus that his replacement, Dwayne Haskins, may be better.

Wisconsin +285 is interesting. It may be worth the bet, as they won’t have a problem getting back to the Big 10 championship game, as they return Alex Hornibrook at QB and Jonathon Taylor at RB. Similar to last year, the Big Ten West won’t have much competition.

Michigan State 10/1 may be worth a bet, as well. They catch Michigan and Ohio State at home this year. The Spartans are loaded this year, returning the most production in the country from a team that was already pretty good in 2017.

The Big 12 is going to be the wild, wild west this year. Oklahoma leads the pack, but who knows if a team with 0 defensive players on the preseason All-Big 12 team can keep their offense, which is replacing Baker Mayfield, in games.

West Virginia at 8/1 will be a trendy pick. Will Grier and David Sills may be the best QB-WR combo in the country, but will they be able to escape a Big 12 schedule that ends with a 4-week stretch against @ Texas, TCU, @ Oklahoma State, and Oklahoma?

Give me all of Georgia +325. If all goes to plan, Georgia will face Alabama in the SEC championship game. That game will be on a neutral field. I’d predict that’s Alabama -3 or so. You can let the Georgia +325 ride or take Alabama -150 and take the profit.

My two favorite teams in the Pac-12 this year are both, unfortunately, in the Pac-12 North. I am very high on both Oregon and Washington. Oregon 8/1 may be better based on value and that Washington has to travel to Eugene.

Arizona 18/1 may be worth a bet. If Khalil Tate can get hot and dethrone USC in the South.

I like North Texas 12/1 here. They were in the championship game last season and return most of their explosive offense for 2018. FAU is the class of this division, but if you have a 12/1 position going into a championship game, you wouldn’t be complaining.