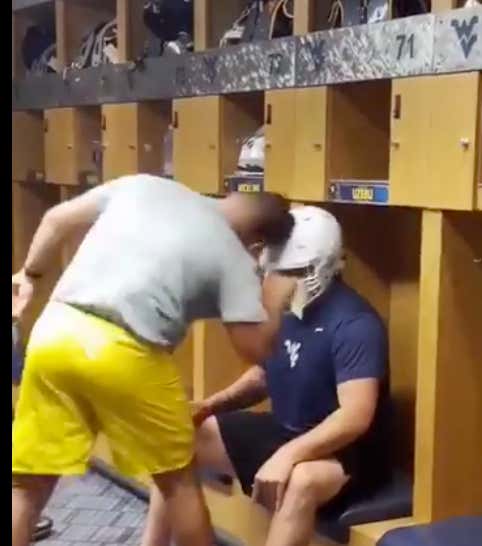 SOMEBODY HOOK FOOTBALL INTO MY VEINS NOW:

(Watch this with sound on)

The two absolute animals in the video seem are linemen from West Virginia. The guy with a head made out of titanium is offensive guard Chase Berndt: 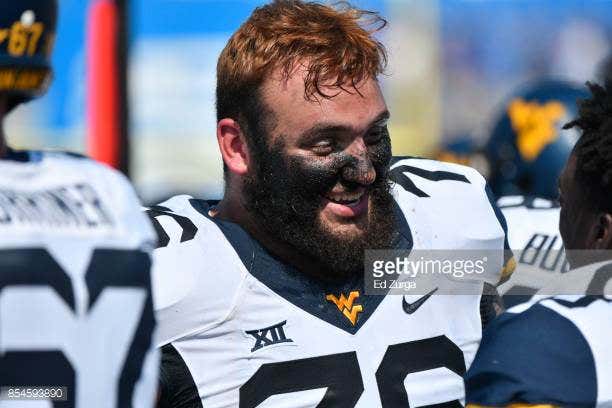 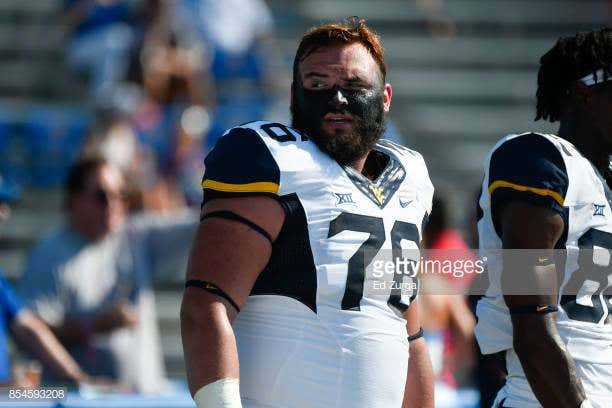 Imagine that guy pulling off the line and coming for your head as a 190 LB defensive back?!? I just pissed myself thinking about it.

When I first saw this video, I thought I was looking at the reincarnation of Owen Schmitt, one of the last true old-school football players: 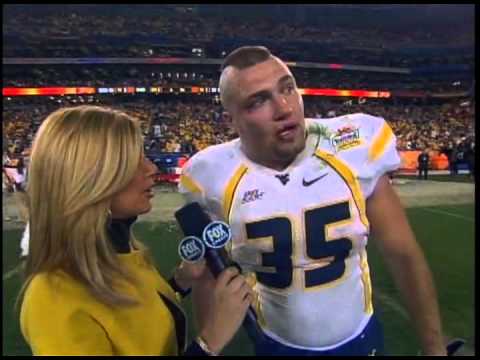 Owen Schmitt was a mid-2000’s West Virginia fullback in the body of a man that was meant to play football in the 1970’s:

You can’t explain Owen Schmitt to a non-college football fan. He is the epitome of an “if you know, you know” player.

I think this is the only time he cried, ever. Sometimes when I’m asked why I love college football so much, I reference this video: 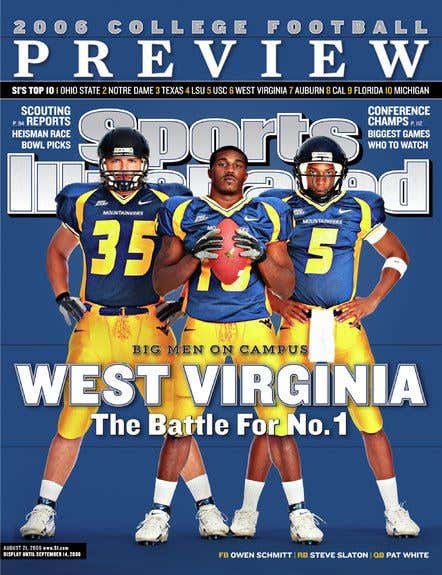