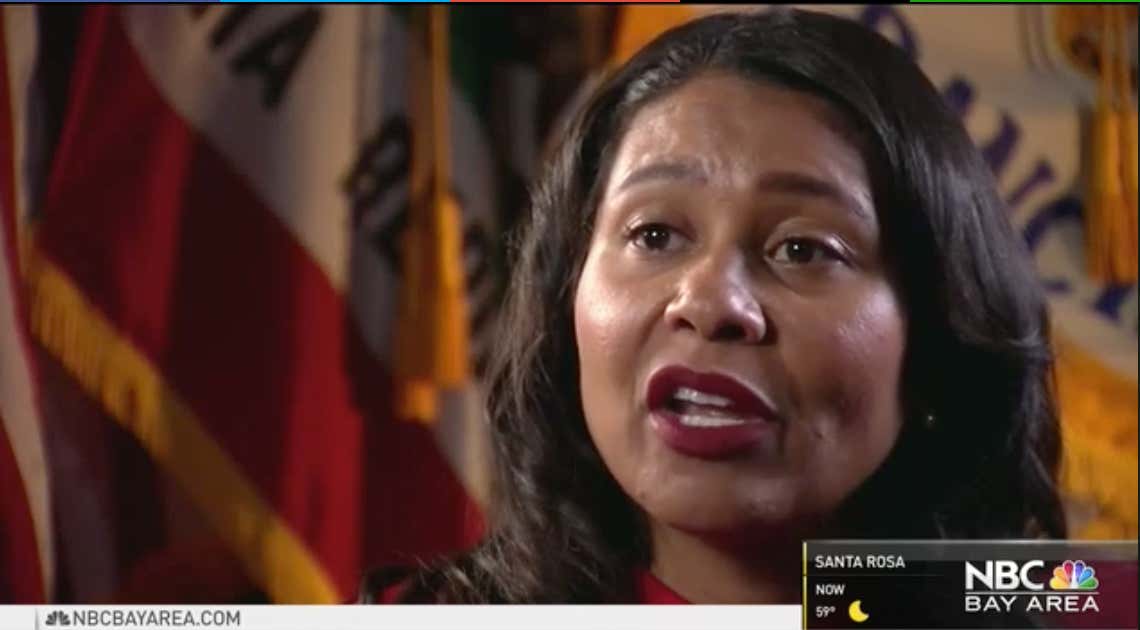 Business Insider-In February, the NBC Bay Area Investigative Unit spent three days surveying 153 blocks of downtown San Francisco to see what they would find. Their search turned up drug needles, garbage, and feces in concentrations comparable to some of the world’s poorest slums.

A whopping 91 blocks were dirtied with feces. The investigation found over 300 piles.

London Breed is well aware of this issue:

“There is more feces on the sidewalks than I’ve ever seen growing up here,”

Yeah, it’s funny to think about having a human poop problem on your hands as a new mayor, but this is a legit problem in San Francisco. In her first one-on-one interview after becoming the mayor, London Breed was immediately asked not about the economy or anything like that, but human poop. We are talking about San Francisco here, not Detroit. The most expensive city in America: 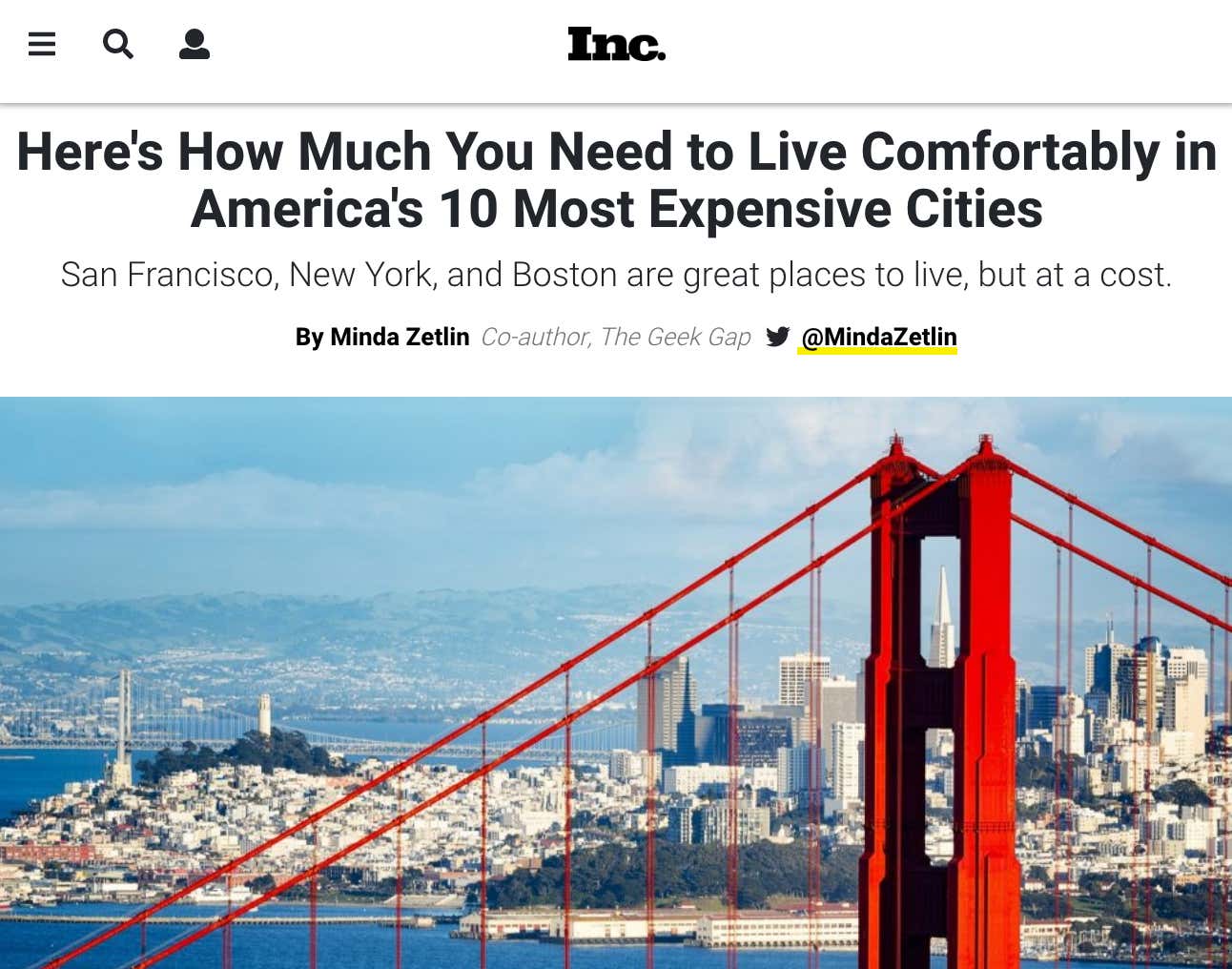 Last summer, I visited San Francisco for the first time. I was excited. I heard all about how great the city was. Friends were telling me that I wouldn’t want to come back to New York after visiting The Golden City. They were all wrong. The city STUNK. It was the summer and I had to wear a winter coat because of the wind. The summer! A winter coat in the summer! I almost stepped in human poop. Everything was more expensive than NYC, which I didn’t think was possible. I’d go into bars and they’d have MSNBC on all TVs instead of sports. Oh! And the hills! Why would ANYONE want to deal with all those hills?! This is the place better than NYC? Really?!

SOURCE-Breed is proposing an increase in funding, targeted at homeless education programs that will instruct San Fran’s transient population on how to handle their own feces, including (we surmise) instruction on how not to fill a bag with 20 pounds of their own waste and leave it on a street corner. 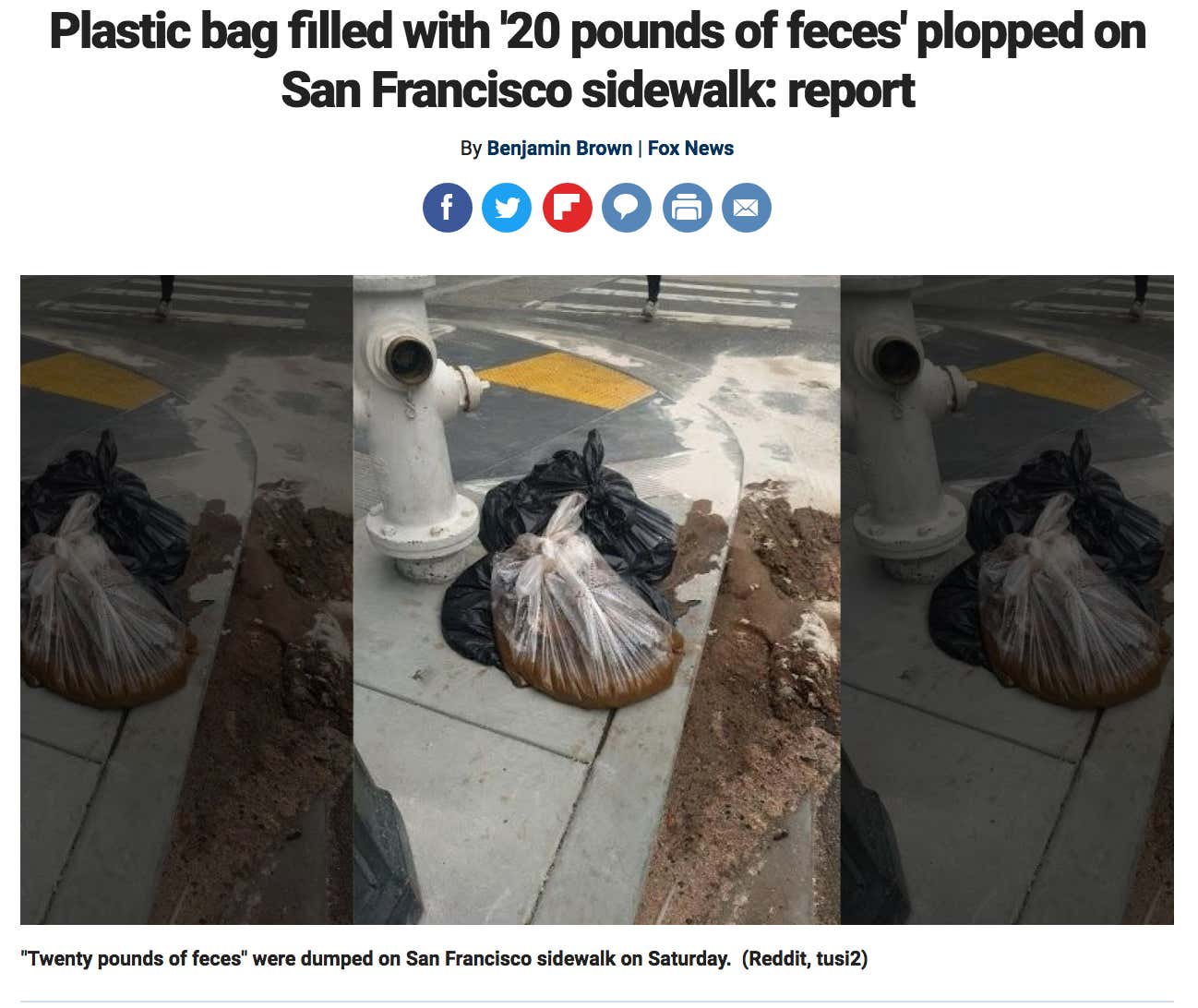