WeWork is the third biggest startup in America located in NYC. They provide shared workspaces for other startups, entrepreneurs, small businesses, and large enterprises. Along with having 10 million square feet of office space, WeWork has decided to step into a phone booth, loosen up their tie, and become the superhero nobody asked for:

The company of around 6,000 will no longer serve meat at events or reimburse employees for pork, red meat or poultry.

“New research indicates that avoiding meat is one of the biggest things an individual can do to reduce their personal environmental impact, even more than switching to a hybrid car,” WeWork cofounder Miguel McKelvey explained in the email announcing the new policy, The Guardian reported. 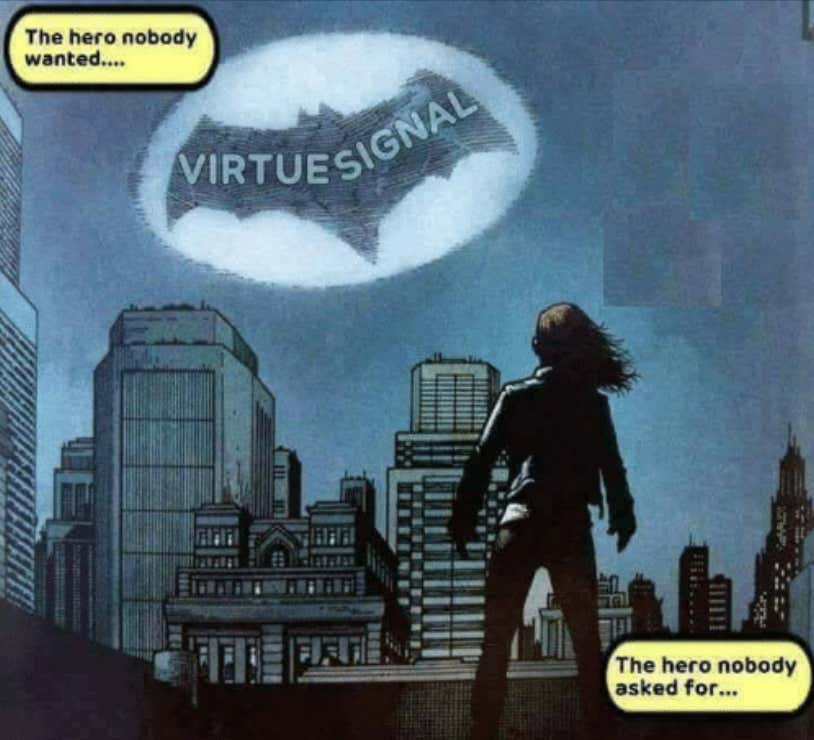 Don’t get me wrong, you should eat your vegetables. They are good for you. Large factory farming has loads of problems. That being said, this move by WeWork is some communistic, discriminative bullshit. Sure, it’s a private company, so they can technically do what they want, but this is some tribal nonsense that a technology/office sharing company has no business asserting themselves in. You are an employer, not a restaurant cop that decides what I can and cannot eat.

I hope some of the 2000+ WeWork employees take a look at this policy and say “oh, okay, you don’t want me to eat a $3 chicken breast? I guess I’ll have the $42 sushi instead. For every single meal. This is your policy, not mine.”Buy an overpriced $18 salad from SweetGreen for a snack.  Go out and buy a tub of $60 soy protein while you are at it. Not that this company needs any more soy: 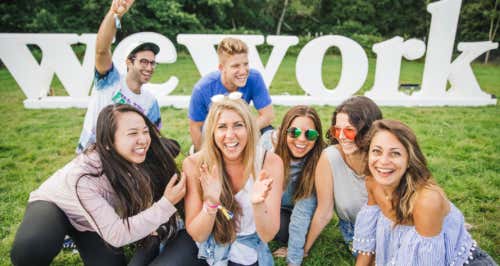 Business Insider-“New research indicates that avoiding meat is one of the biggest things an individual can do to reduce their personal environmental impact, even more than switching to a hybrid car,” McKelvey said in a statement.

Thanks, Mr. McKelvey for your input. Maybe instead of controlling your employees like a Communist dictator, you could take steps as a company. At no point in your “statement” did you mention the carbon footprint that your 406 locations emit? Are all of them LEED-certified? No? Oh, sorry, I forgot that increases your bottom line for profit. My bad.

This is just virtue signaling nonsense by WeWork that isn’t consistent. Apparently, you can still eat eggs on this plan, which have just as much of an environmental impact as pork. Fish is still allowed, which I guess means that WeWork values land animals more than those in the sea. That’s not even to mention the factory farming that happens with the production of salmon. Rice? That’s okay, even though it contributes 20% of manmade methane emissions.

All in all, this is WeWork yelling to the universe: LOOK AT US! LOOK AT US!! WE ARE BETTER THAN YOU!!!!! Apparently, it worked, as PETA has already gave them an award: 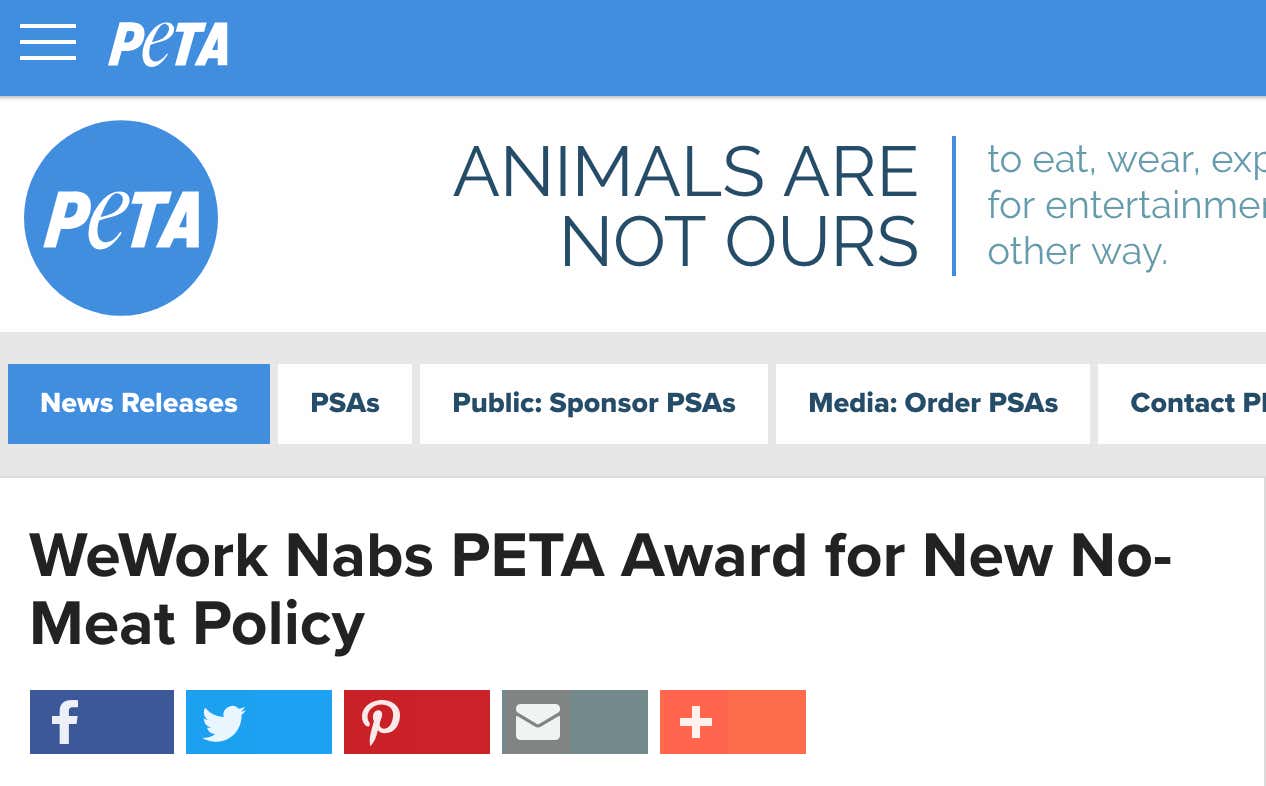 P.s. Environmentalism is hot in the streets these days. New York Times is getting in on the trend: