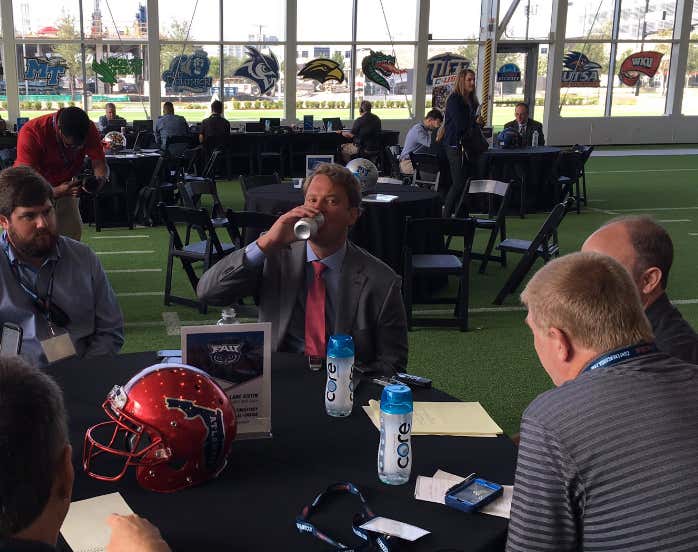 CUSA media day was today and my, oh, my was Lane looking like a snack: 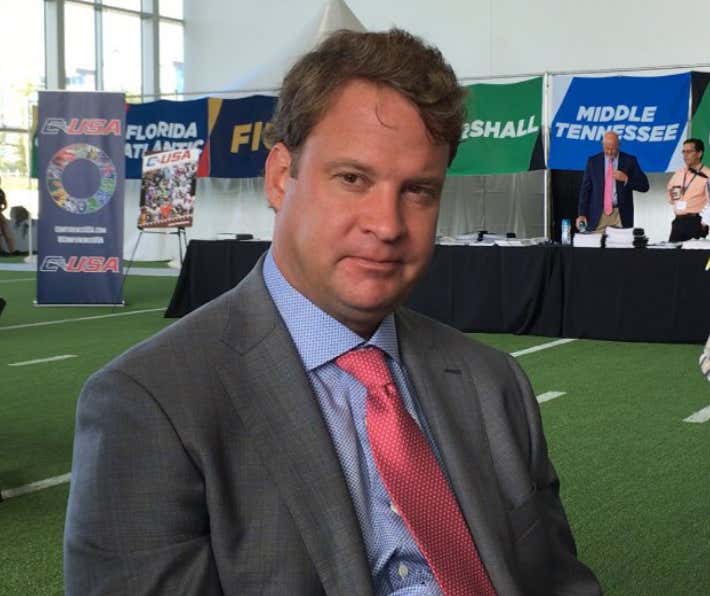 To start FAU’s season, Lane will be taking the Owls over to Norman to take on the Boomer Sooners (**band plays Boomer Sooner continuously**). Oklahoma will be a tough test for FAU coming off of their 2017 Big 12 championship/CFP appearance. There is good news for FAU when they head up to Oklahoma is that Baker Mayfield will not be on the field. The bad news? His replacement Kyler Murray ain’t too bad himself. Kiffin has a suggestion for Mr. Murray:

He is, of course, alluding to the fact that Kyler Murray was drafted 9th overall by the Oakland Athletics in the 2018 MLB Draft and soon signed a $4.7 million bonus. Boca Lane is joking around, but I’m sure he wouldn’t mind not seeing Kyler on September 1st.

FAU @ Oklahoma is one of my favorite matchups in week 1. We get to watch Kyler Murray leading Oklahoma for the first time and answer the question if one of the best G5 teams can matchup with a top 10/15 team. Another underrated storyline is the return of Chris Robinson to Oklahoma:

My only problem? The timing of the game. Why they haven’t moved FAU @ Oklahoma to Thursday August 30th is beyond me. Put it on Fox/FS1. It would be one of the most watched games of that night. Instead, it’s at Noon on Saturday, competing with Texas/Maryland and Ole Miss/Texas Tech. Currently, the line is Oklahoma -21. At the look of that, I lean FAU. No official plays yet, but I may be riding the Lane Train week one, even though he is flying coach:

P.s.s. When you hit Atlantic Ave in Delray and hit the jackpot with a bar that has the perfect amount of Lynn/FAU college girls: 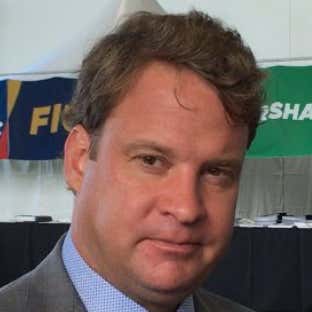