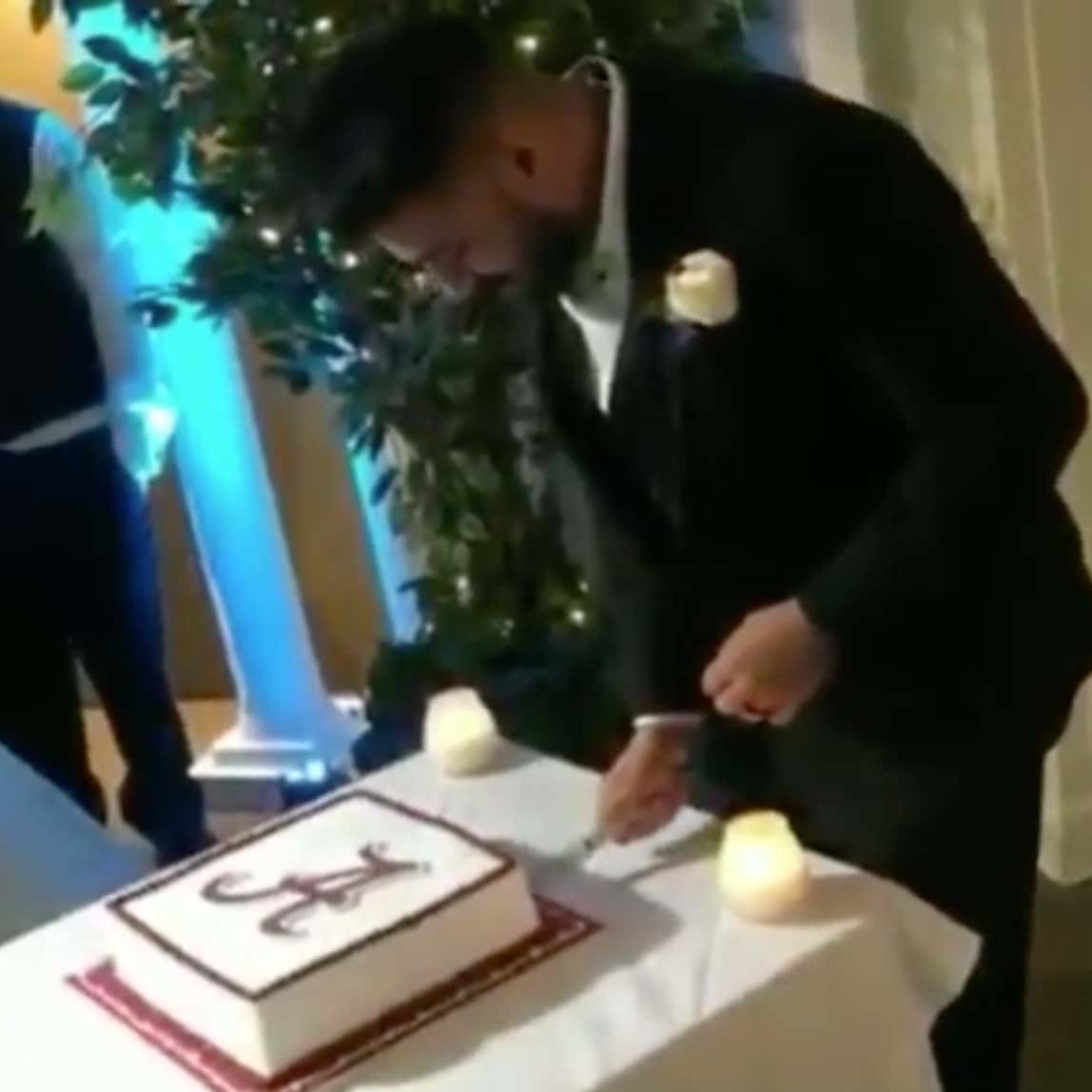 I can’t continue without stating the obvious: this is the first victory for LSU against Alabam since 2011’s “Game of the Century” (which was everything but that). How far has LSU fallen since 2011 that the only win they can find against Alabama is at a wedding? I think that question answers itself.

Whether you’re a fan of the Alabama Crimson Tide or the LSU Tigers, there’s no denying that the rivalry between the two runs deep.

So deep that one Louisiana bride decided to sabotage her newlywed husband’s groom’s cake at their wedding reception.

On Friday, July 20, Johnny and Bekka Campbell tied the knot at Magnolia Plantation in Harahan, Louisiana. After vows, kisses, and first dances, it was time for cake.

I have not decided yet if I like this move by the bride. It’s cute, it’s fun, but at the end of the day, the purple and yellow cake may be foreshadowing what tears apart this marriage. Don’t get me wrong, I hope these two have a phenomenal life together, but will they be able to get through every fall hating each other’s guts? Combine that with the awkward family gatherings during the holidays. An LSU family coming together with an Alabama family at the Thanksgiving table gives us 2018’s version of the Hatfields and McCoys/Montagues and Capulets. It will be an outlier Thanksgiving dinner that should probably talk about politics before discussing sports. They’ll most likely find more common ground.

There are multiple layers to this cake, literally and figuratively. This cake is Nick Saban in carb form. Just like this husband got cucked with this cake, LSU was (sort of) cucked by Alabama when they brought Nick Saban back into the SEC to conquer the college football world. Did the bride consider that irony? Who knows, but the irony is 100% there.

Like it or hate it, moves like this is why we love sports and college football. Nothing but positive vibes being sent Bekka (absurd way to spell Rebecca) and Johnny’s way. Hopefully, they don’t kill each other every fall.

P.s. I know I’m speaking as a #CoastalElite, but getting married at a plantation is a weird move. That could make for a few awkward invitations.