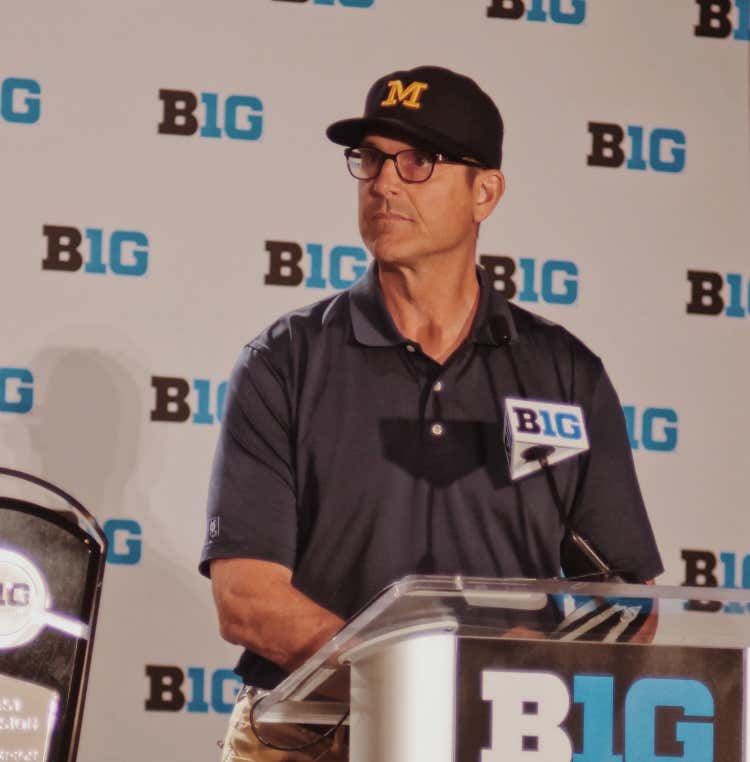 Last week, the SEC, ACC, and Big 12 brought us their overhyped media days. This week, the Big 10 and Pac-12 have their media days slated.

Jim Harbaugh was featured in front of the Big Ten media this afternoon (Urban Meyer will go tomorrow) and, of course, gave us more than a few memorable sound bites:

Expanding the playoff to 8 (or 16) teams is an interesting thought from Harbaugh. That discussion is for a different time. There are advantages and disadvantages to expanding to 8, but as of right now, there are no talks for that to occur:

Harbaugh’s idea to expand to 16 included getting rid of conference championship games, which opened the door for a few jokes:

Harbaugh capped off his day by giving us his thoughts on gambling:

I’m sure Harbaugh won’t run away from the money that gambling produces for his program and personal contract. When he sees more money coming into his program because of legalized gambling, his old man yells at cloud take is going to change very quickly.

I get that Harbaugh has to teach his players the negatives of legalized gambling, but any player that was going to throw a game didn’t have to wait for gambling to be legalized. Harbaugh, also, wasn’t avoiding gambling like the plague last week at Delmar:

One last thing before we go, Harbaugh apparently is okay with injury reports? 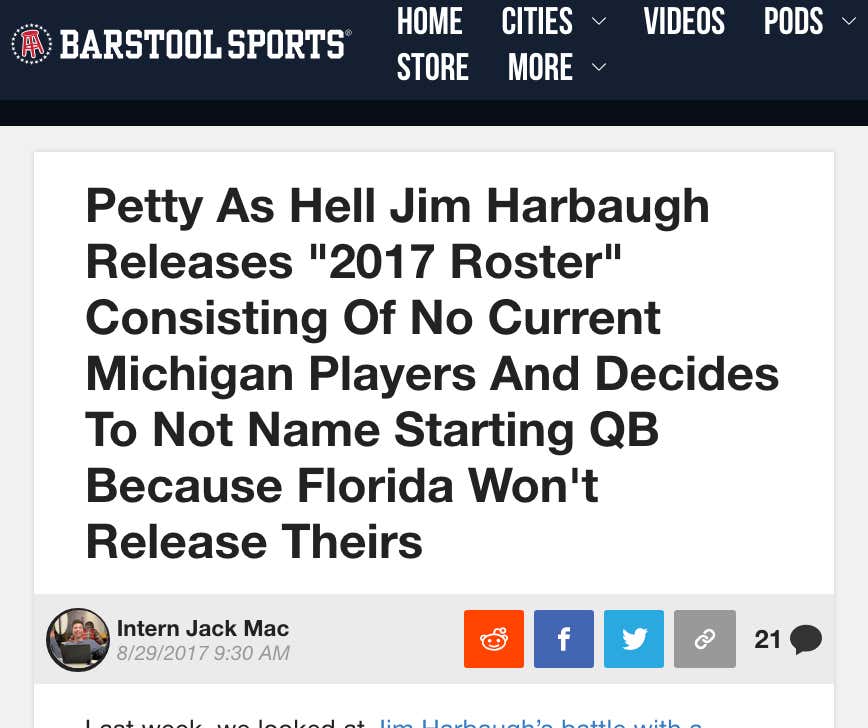 P.s. throwback to when Jim Harbaugh declined a safety in 2012, costing gamblers MILLIONS: