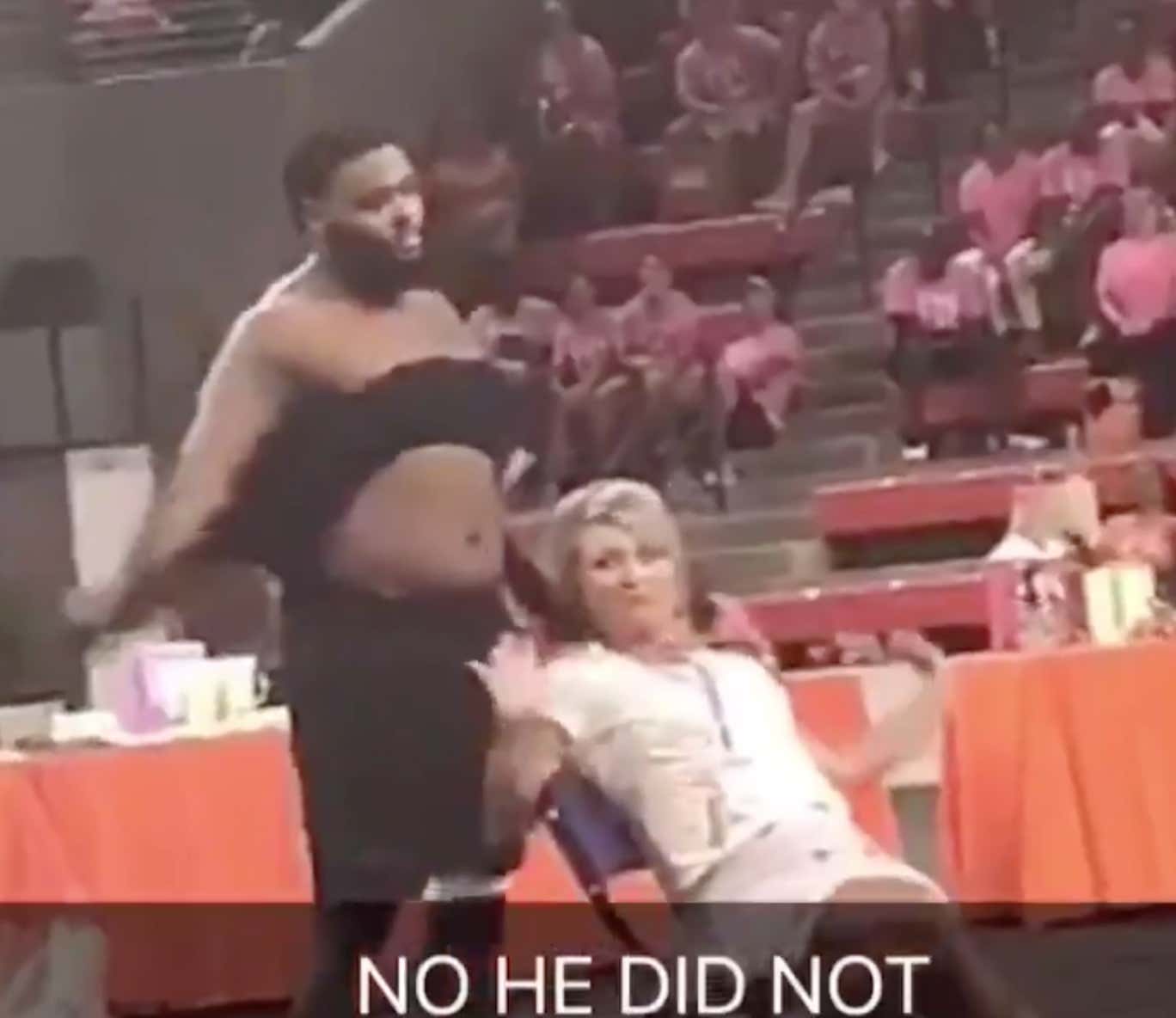 The clinic is a day of entertainment in Clemson’s football facility for the purpose of raising money for breast cancer.

Christian has long been known as a big-time dancer:

The “striptease” by Wilkins got the crowd going. Clemson was really milking the attractive football player aspect to ramp up the donations. They had a “bodybuilding pose off” before the Christian Wilkins performance:

All in all, Clemson ended up raising $350,000 for breast cancer because of this clinic. That wasn’t enough for salty South Carolina fans (haven’t beaten Clemson since 2014), who decided to make this some sort of controversy:

This led to Clemson releasing a statement:

The State-Clemson Sports Information Director Ross Taylor said the video showed part of the afternoon program, a segment called “Dancing with the Tigers.”

Taylor told The State that the 55-second video of Wilkins dancing was not a reflection of what happened throughout the event. He did not comment on the specific actions in the video.

Dabo was asked about it at ACC media days and gave the perfect response:

The State-“It was an amazing day, and it’s unfortunate that there was 15 seconds of the whole day that people focused on and really don’t know the context. It was a lot of fun,” Swinney said. “But that’s kind of the world we live in. Even when you do good and you try to do good you get accused of doing bad. That’s just the way it is, but you do good anyway.”

Swinney added that he is ready for the season to begin and talking season to end.

“We had well over 100 ladies that came down on the floor that are currently battling breast cancer, and it was very powerful and uplifting. Hopefully a lot of people walked away from there gaining a lot of courage and strength from the day,” Swinney said. “I guess it’s time for football because this is some very, very slow news that we’re talking about this.”

Even the lady who was in the chair while Christian Wilkins channeled his inner Stormy Daniels took to Twitter to silence everybody: