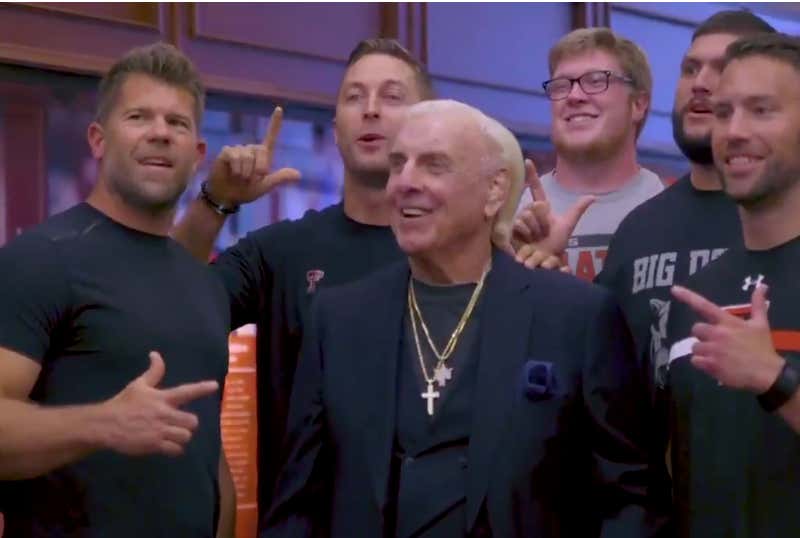 Nobody likes cheering for more teams than Ric Flair. He makes Drake look like a diehard fan. Every week it seems like he is stylin and profilin in a new locker room. He’s a true showman, bringing the energy everywhere he goes. You better bet that the Rolex wearing WWE champion flew his private jet down to Lubbock to put on a promo for Kliff Kingsbury’s Texas Tech Red Raiders:

Texas Tech takes on Ole Miss week 1. They’ll kick off the first full Saturday on college football on September 1st in NRG Stadium. With the support of Ric Flair, Texas Tech was feeling good. That was until Ted DiBiase, The Million Dollar MAN, retaliated for Ole Miss: