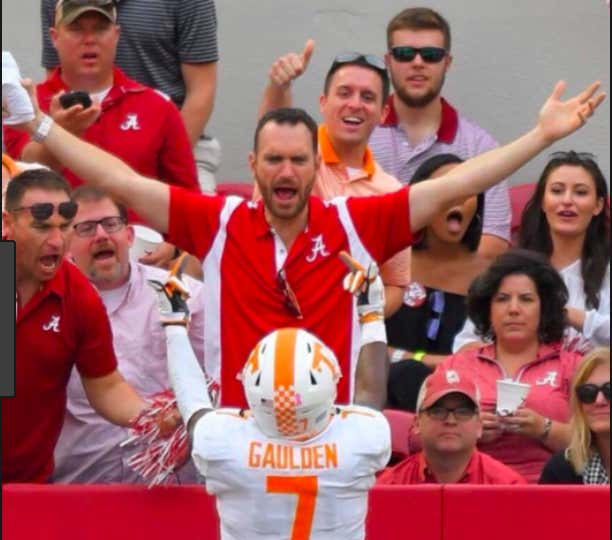 Often, coastal elites across America (cough cough ESPN cough cough) perpetuate a theory that Alabama fans are a group of dumb idiot hicks. Here at Barstool SPORTS, we don’t accept that FAKE NEWS. We report on facts, and facts only. Show me another fan base that is thinking about their team on this level: 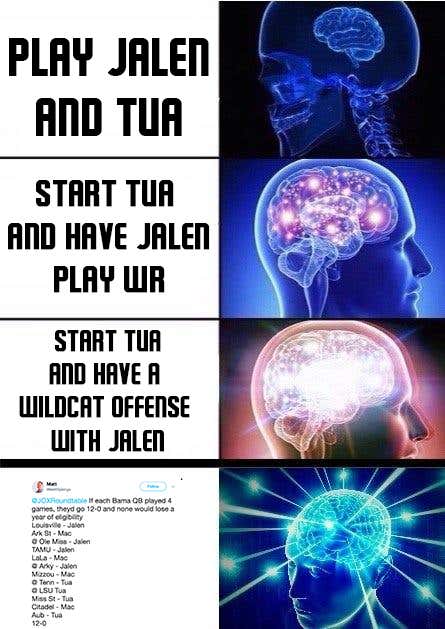 Some may be thinking, “wait a second, who plays in the SEC championship game? Then in the college football playoff?” It’s okay you don’t understand. Not everybody reaches galaxy levels of intellect. Alabama will be so good at that point in the season that they won’t need a QB. Duh.

Jalen and Tua will battle it out in August for the starting QB role. Over at BetDSI, Tua is -230 to win the battle, while Jalen is +160. Unless Tua is injured, I don’t see how he isn’t the starter week 1 against Louisville, where the Tide are 25.5 point favorites. The question and that point becomes will Jalen Hurts transfer? It seems like, at this moment, it is a no:

If he does stay, how will Saban and new offensive coordinator Mike Locksley use Jalen Hurts? He is too athletic to keep on the bench. Will they put in a wildcat package? Will he play reciever in certain situations? Will Alabama pull a 2012 ULM and put 2 QBs on the field at once?

Lots of possibilities. We’ll keep an eye on all of them.