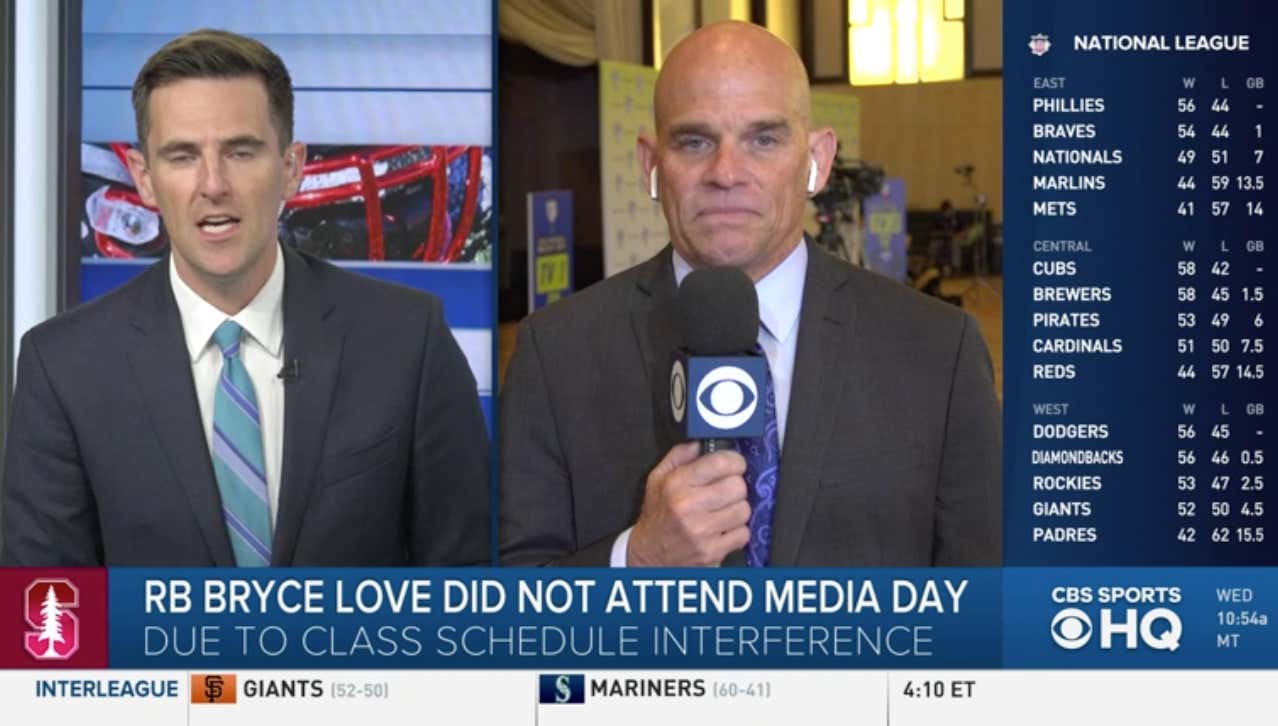 At first, when I saw Dennis Dodd’s “Why Stanford star Bryce Love’s absence from Pac-12 Media Day sets a dangerous precedent” I thought it was some sort of joke. I gave CBS Sports top college football journalist the benefit of the doubt. He was poking fun at his own profession taking themselves a bit too seriously. There’s no way a member of the media wouldn’t understand a biology major (with a focus in stem-cell research and pediatrics) missing a meaningless media days for a class, right?!

I was wrong, very, very wrong.

Bryce Love wanted to be here. He really did.

CBS Sports-The nut balls outside on Hollywood Boulevard during Pac-12 Media Day wouldn’t have fazed him. The media’s nutty questions inside the Loew’s Hollywood Hotel may have, but that’s not the point.

The Stanford superstar tailback was here in spirit only. That is if you count a 1984-ish Big Brother projection on a ballroom video board; Love joined the media day via Skype.

Some Love, it turned out, was better than none. Still, there was a hole in the college football universe when the Pac-12’s best player — and perhaps nation’s best as well — was a no show at media day.

Put it this way: Try to envision Tim Tebow in his heyday skipping SEC Media Days of because, well, school. Right or wrong, that wouldn’t have happened. The need to better himself, the conference and his school would have outstripped another summer school lecture.

That’s essentially what kept Love back in Palo Alto.

“Me, personally, I really wanted to be there to represent the university,” Love said. “But I decided I just wasn’t able to make it happen this year. Based on other commitments, trying to graduate in December required me to take more classes over the summer.”

Okay, so let’s review: Bryce Love, who is trying to graduate a semester early at one of the top colleges in America, had class on the same days as Pac-12 Media Days. The phenomenal, Heisman runner-up decided that instead of answering multiple meaningless questions about his unpaid labor in person, his time would be better spent at class. Knowing his presence was expected, he did the next best thing: called in via Skype. No problem, right? WRONG!

But his absence does set a dangerous precedent. This is going to give every star player an excuse to Skype in.

How dare you skip media days, Bryce! How dare you, an unpaid football player that allows me to have a job, not give me a soundbite!! Without me there would be no way you take part in this sport that will certainly diminish your lifespan! You need me, I don’t need you!!!!!

OK, so you’re already countering: Aren’t we a virtual society already? Yes … and no.

Then on top of that, you call in via Skype??!??!? You millennials think you have it all figured out, huh?!? Ever heard of human interaction?!?

Add it to the list, another thing millennials have KILLED.  Next up? AMERICA.

But there is still something to be said for interpersonal interaction. We have a certain chief executive who chooses to govern by Twitter.

But at Stanford, they don’t necessarily chase trophies. That’s fine. too.

It’s just that we thought we knew ya, Bryce. We wish we knew more.

Here is the kicker: because Bryce Love skipped out on Pac-12 Media Days, he might as well kiss his chances at the Heisman goodbye.

The pretentiousness of Dennis Dodd is astounding. You cover college football. You don’t have a role in achieving world peace. The athletes you cover aren’t paid. On top of that, this is a media day. You know who cares about college football media days? The media. Sure, there are soundbites that make us laugh, it reminds fans that they are closer to football, but that’s it.

But who am I to say that? I’m just an intern that blogs from his mom’s basement. How dare I come at a college football journalist working to save the world from the millennials ruining it? I should be taking notes.

This is the Journalist’s world and we are just living in it. 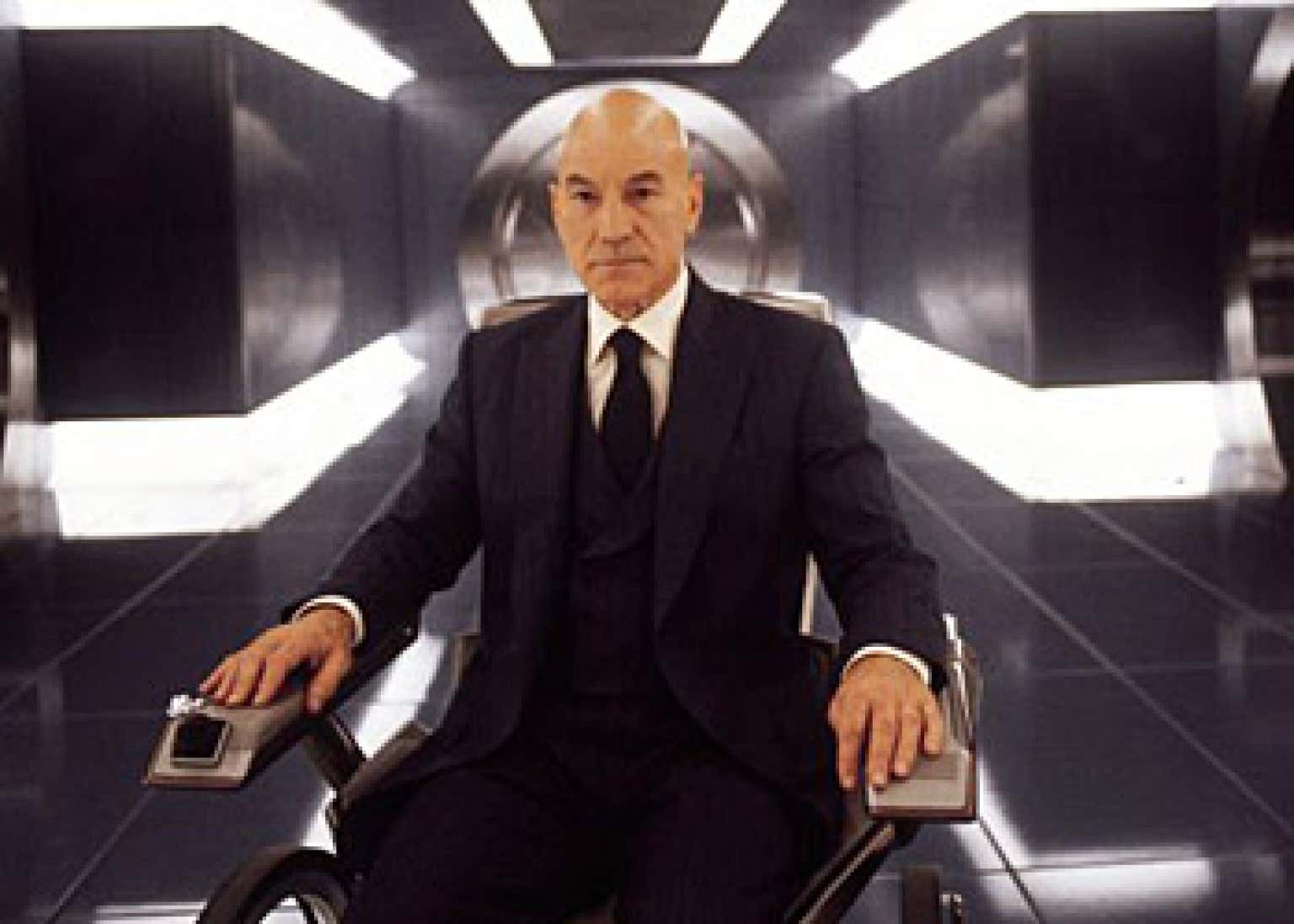 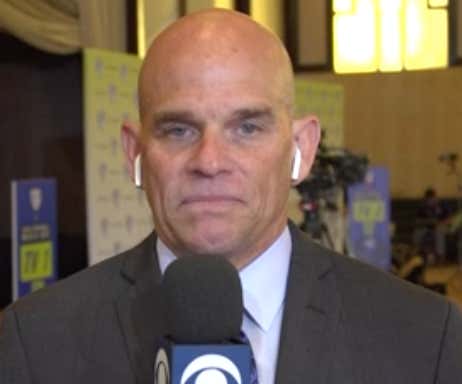