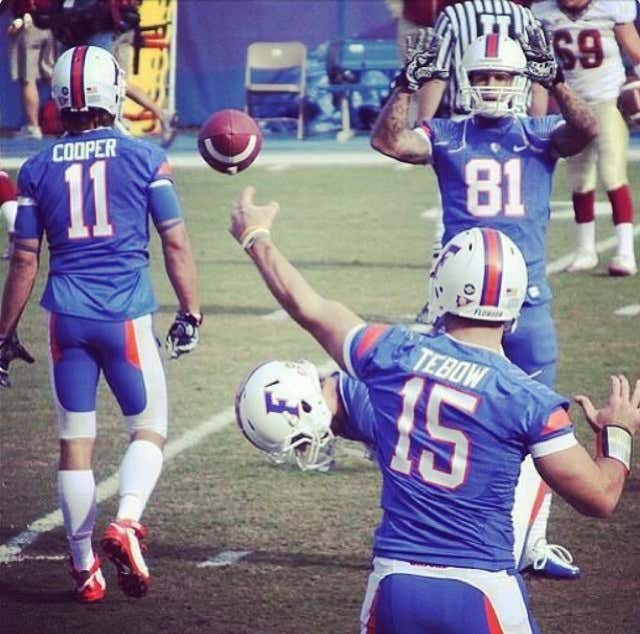 Florida is not in the best situation right now. As it currently stands, Florida has just 11 commits for the class of 2019 and ranks 35th nationally and 10th overall in the SEC. Ole Miss has 24 commits, South Carolina has 16, LSU has 18, Tennessee has 16, I could go on and on. They have just four 4-star commits, which would rank them 9th in 4 & 5-star commits for this class. To make matters worse, 66% of the top 100 players for the class of 2019 are already committed. All this could change, but Florida is far behind the pack.

Their recruiting pitch to hopefully land some big fish late in the recruiting timeline? Aaron Hernandez: 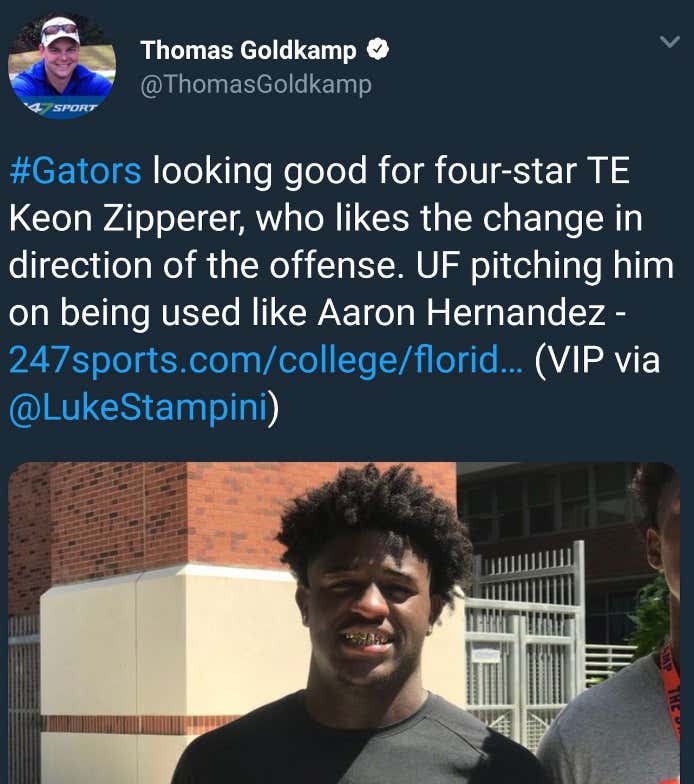 Yes, Keon, come to Florida, where you will become Aaron Hernandez 2.0.

Who knows how true this is. 247Sports has since deleted this article and the tweet from @ThomasGoldkamp has also been deleted. I did not get a chance to read the article before it was deleted, but 247Sports is a trusted source when it comes to recruiting news.

Before we leave, we need to talk a bit about the 2008 Florida Football team, who featured this motley crew: 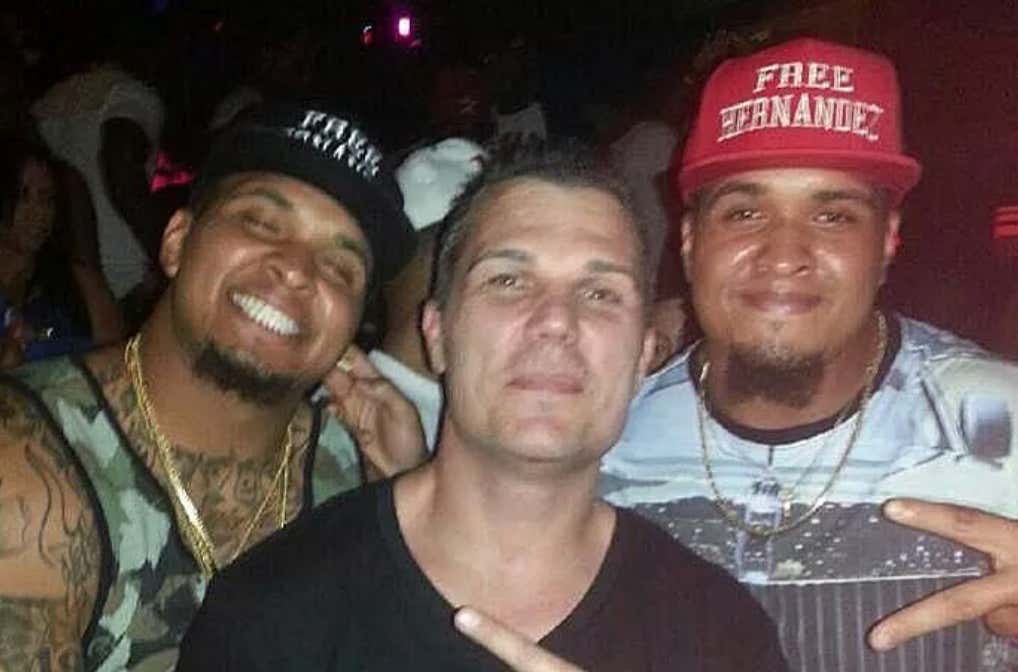 -Janoris Jenkins (who, recently, had a dead body found in his basement, while he was on vacation)

-Graduate assistant Zach Smith (allegedly beat up pregnant wife in 2009 during an argument after bringing home a woman, who worked for the Florida football team, that was calling him “baby” to stay the night with him)

One of my goals is to make a documentary about this team. Barstool is one of the only places in the world that could make it properly.