Jim Harbaugh is a bizarre human being, but that’s why we love him. He makes us smile. He makes us laugh. And nobody looks better in a pair of Lululemon khakis (I know, I know, he’s not going to make out with me). Every week or so, there’s a new story from the land of Harbaugh that surprises us. This week, it comes courtesy of former Michigan QB Wilton Speight:

SOURCE-How do you explain the Harbaugh Experience? Former Michigan (and current UCLA) quarterback Wilton Speight tells a story to sum it up nicely. Early in his Michigan tenure, Harbaugh pulled Speight aside and told him not to eat chicken, a protein that is considered fairly safe by nutritionists. When Speight asked why, Harbaugh said, “because it’s a nervous bird.”

“He thinks some type of sickness injected its way into the human population when people began eating white meats instead of beef and pork,” Speight says. “And he believes it, 100 percent.”

That’s right, baby. Nothing but steak and milk: 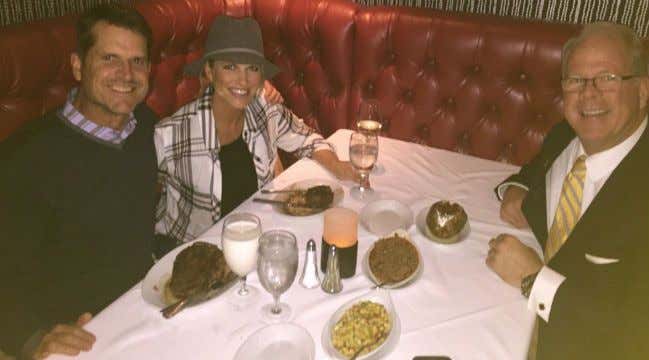 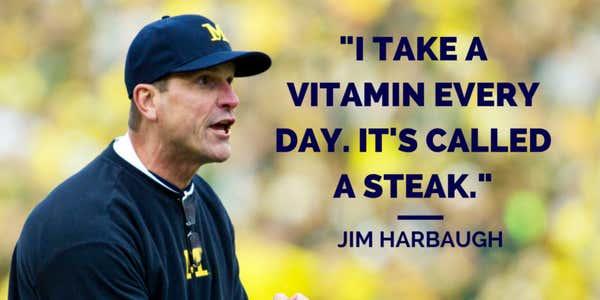 I respect the commitment to the craft. Little did he know, but Jim Harbaugh may have been on the Carnivore Diet before it became a fad.

The conspiracy theory of the sickness taking over humans because of chicken is one I need to hear more about. Maybe Alex Jones can have Jim Harbaugh on for a nutrition segment once a week. I’d love to hear Harbaugh’s thoughts on all things protein and his hatred of soy. There is no evidence of his hatred of soy, but I am just assuming he has the testosterone reducing plant banned from the Michigan football facility. Imagine him and Alex Jones going back and forth on a conspiracy about the New World Order creating companies such as Soylent to destroy the masculine male. Would be must watch YouTube (before they take it off).

A Michigan man’s diet should consist of steak, milk, and, of course, Copenhagen: 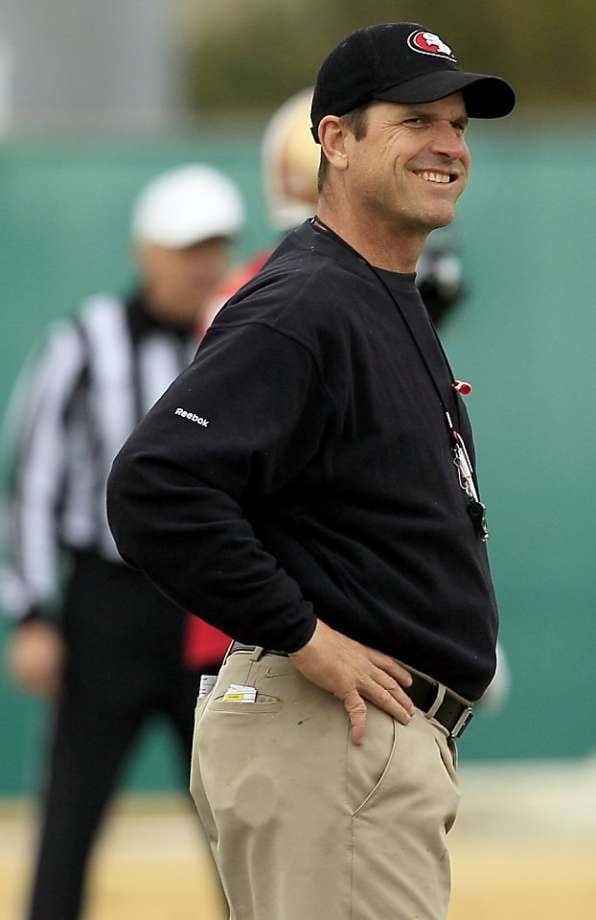 P.s. You should really not be eating Soy. I am not joking about this.