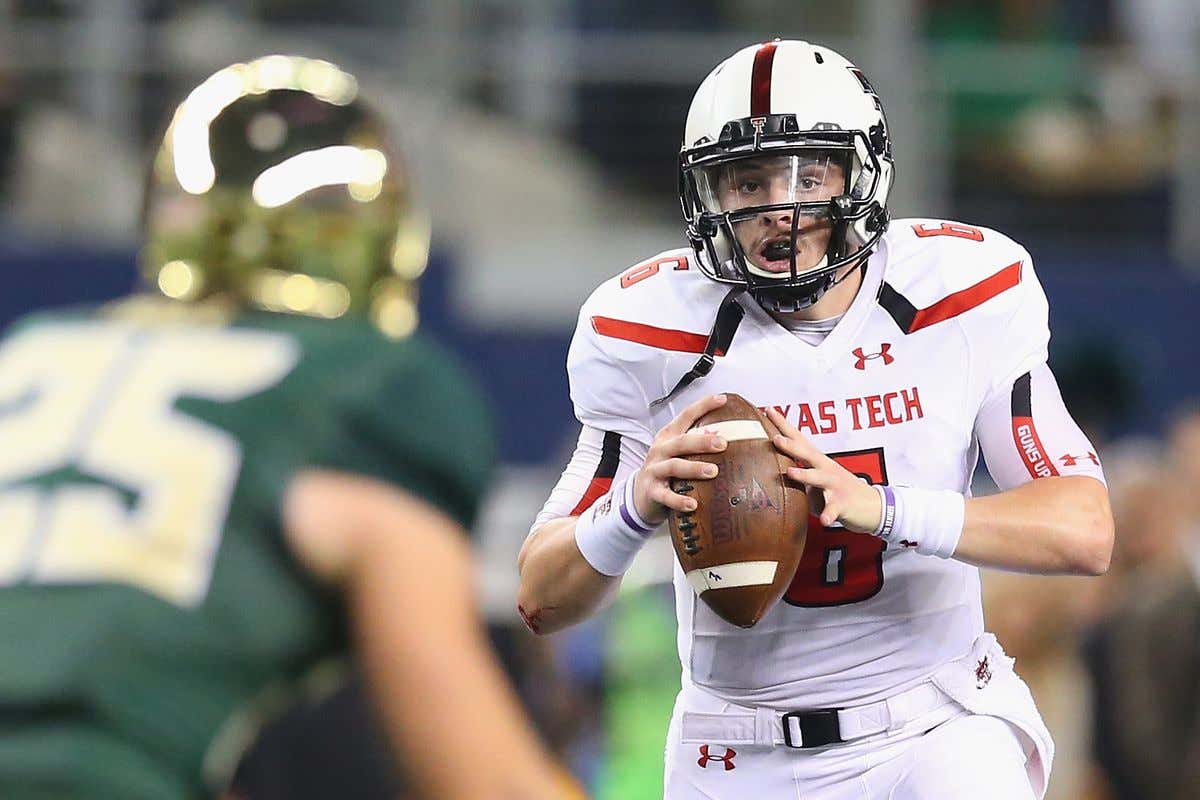 Baker Mayfield’s football career is possibly the most unique college football has ever seen. The Texas grown QB walked on not one, but two power 5 teams before winning the Heisman.

The big question is obviously “how the hell did all these teams miss on the future #1 pick?” When you dig a bit deeper, you’ll start to wonder about what the hell happened at Texas Tech? How was Kliff Kingsbury gifted a once-in-a-generation QB and let him go within a year?!? Baker opened up about this situation in his new docu-series.

Great click bait title from TMZ. Baker did NOT say Kliff Kingsbury treated him like trash, as you can see by the video in the TMZ article:

Lots of people were fired up by this headline by TMZ. To those people, I’d like to simply say: what do you expect? It’s TMZ. The first and second part of their business plan is clickbait.

“It went from being ‘the guy’ for Coach Kingsbury … and then when I got hurt, it just changed a little bit … not a little bit, a lot.”

“All the sudden it was as if I hadn’t played for him, hadn’t done anything for him. It was just different after I got hurt.”

Baker’s father says the coach “completely withdrew his contact” with the QB after the injury — “He didn’t talk to Baker. He didn’t include Baker in the meetings.”

But, Mayfield says what REALLY pissed him off was when Texas Tech officials told him they didn’t have a scholarship for him after that season … despite the fact he was 5-0 as a starter.

“I’ve invested a lot into this and now you’re telling me you don’t have a scholarship for a guy who won 5 games after choosing to come here? That was the final straw for me.”

After Baker’s injury in 2013, Kliff Kingsbury went with Davis Webb and Patrick Mahomes for his future instead of Baker. Was that the right decision? Nope. If Baker stayed a Red Raider, the entire landscape of college football and the Big 12 would’ve changed.

We are only hearing one side of the story here from Baker, not that he would lie about this. The quote from his father is telling. Baker wasn’t the typical walk on. It wasn’t like he just showed up to practice unknown. He was the star of Lake Travis, but many speculated he didn’t bring in any big offers because of his father. That includes TCU coach Gary Patterson:

247Sports-“If Baker Mayfield wants to blame TCU for 128 BCS schools not offering him a scholarship, that’s fine, Patterson said when responding to Mayfield’s initial comments in December. “But ask (Texas Tech coach) Kliff Kingsbury why he didn’t offer him a scholarship at Texas Tech. Ask about Baker’s dad. He’s an arrogant guy who thinks he knows everything. If people knew the whole story, they might not have a great opinion of Baker and his father.”

All of this is history and doesn’t matter at this point. It does paint a picture for everyone who is wondering why the hell the QB of a top Texas high school eluded the likes of Texas, TCU, and Texas A&M, only to walk on at Texas Tech and Oklahoma. College football is a wild, wild world. Baker Mayfield’s story proves it. 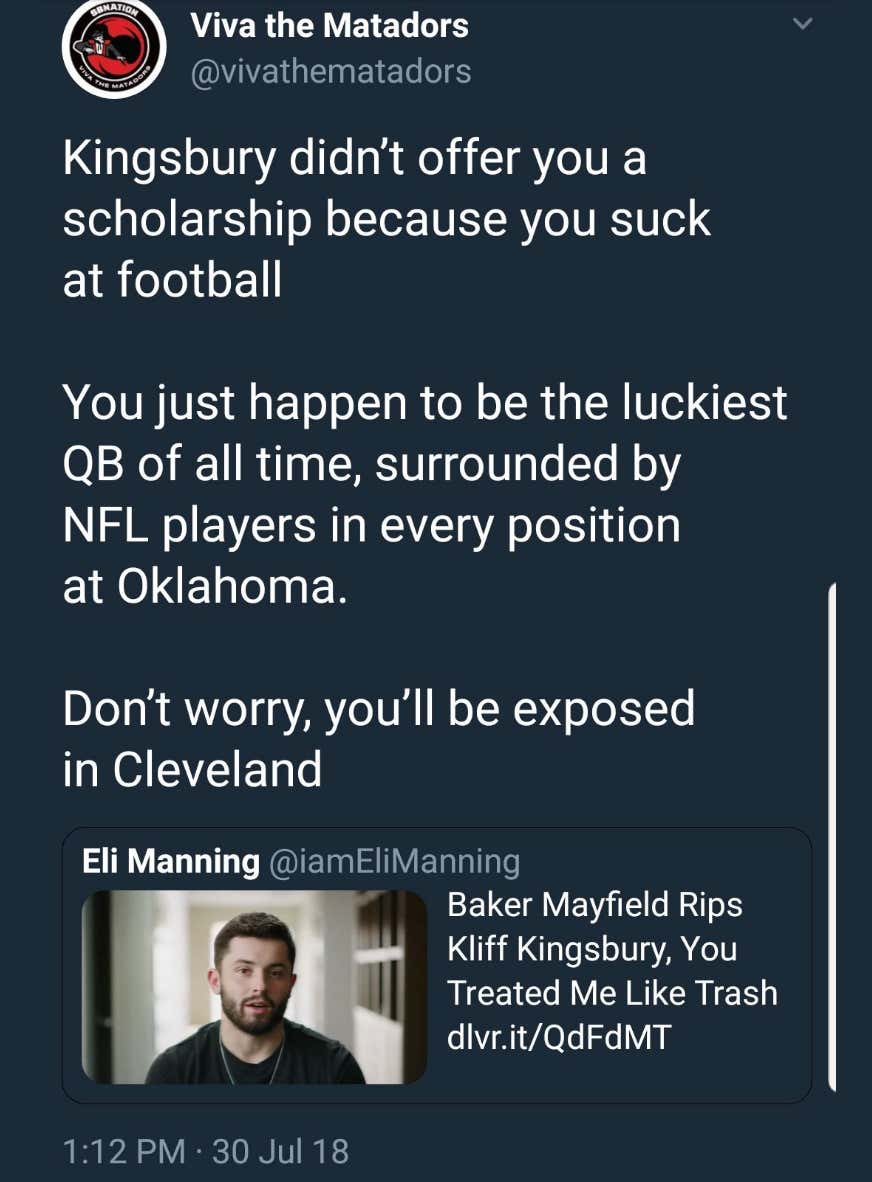