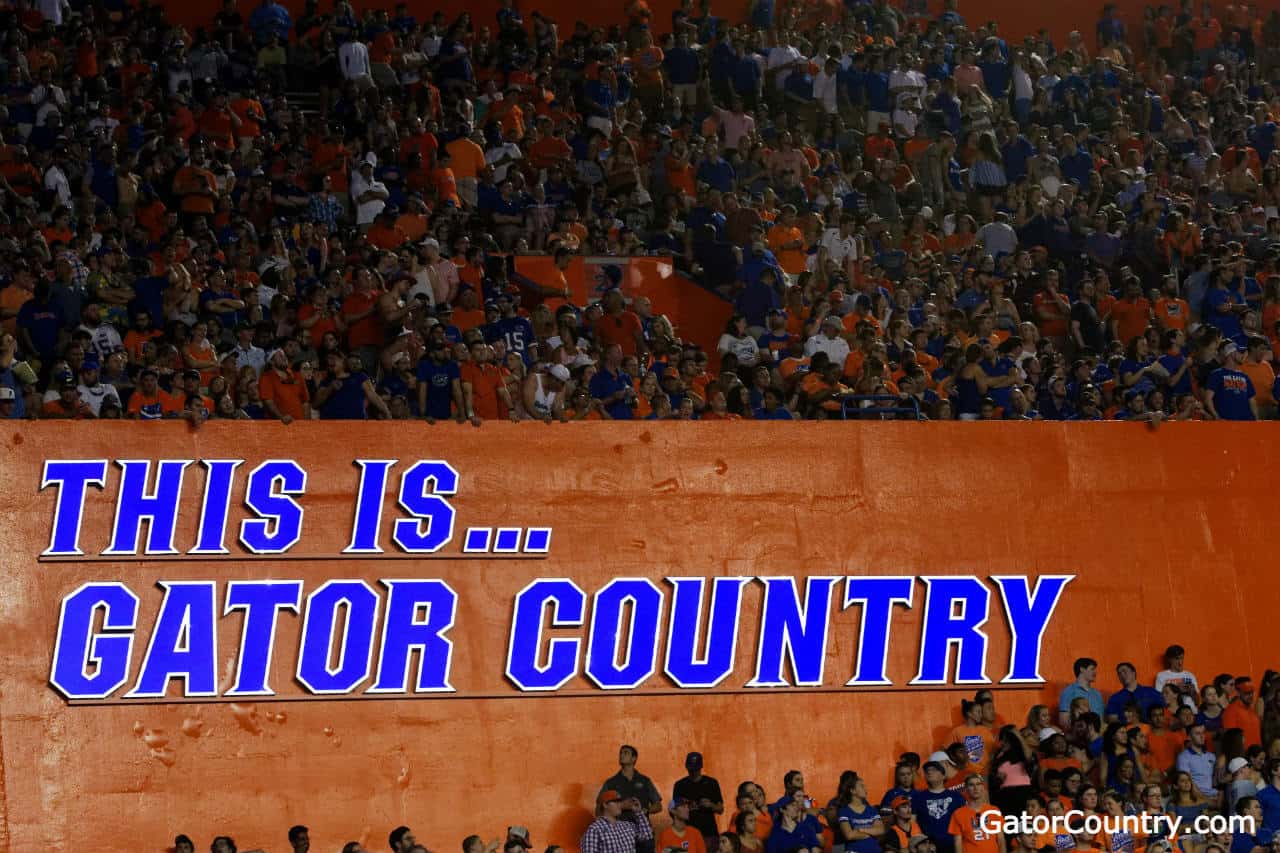 As expected, the story involving multiple Florida football players, a gambler named “Tay Bang,” and a frying pan has taken another turn:

SOURCE-In the latest development connected to the bizarre situation, First Coast News is reporting that Zachery, an employee at Enterprise Rent-A-Car, told the Gainesville Police Department that he gave Gator football players discounts on rental vehicles.  The Orlando Sentinel wrote that “Zachery filed a report last week with the [GPD] that gave further details on the fractious relationship with the Gators.”

The names of the players who were allegedly on the receiving end of the discounts weren’t divulged.

Andddddddddddd there it is!!!!!!!! I’d say Gata’s Back, but they never left. Let’s not forget that we are only 12 months removed from the infamous credit cardgate: 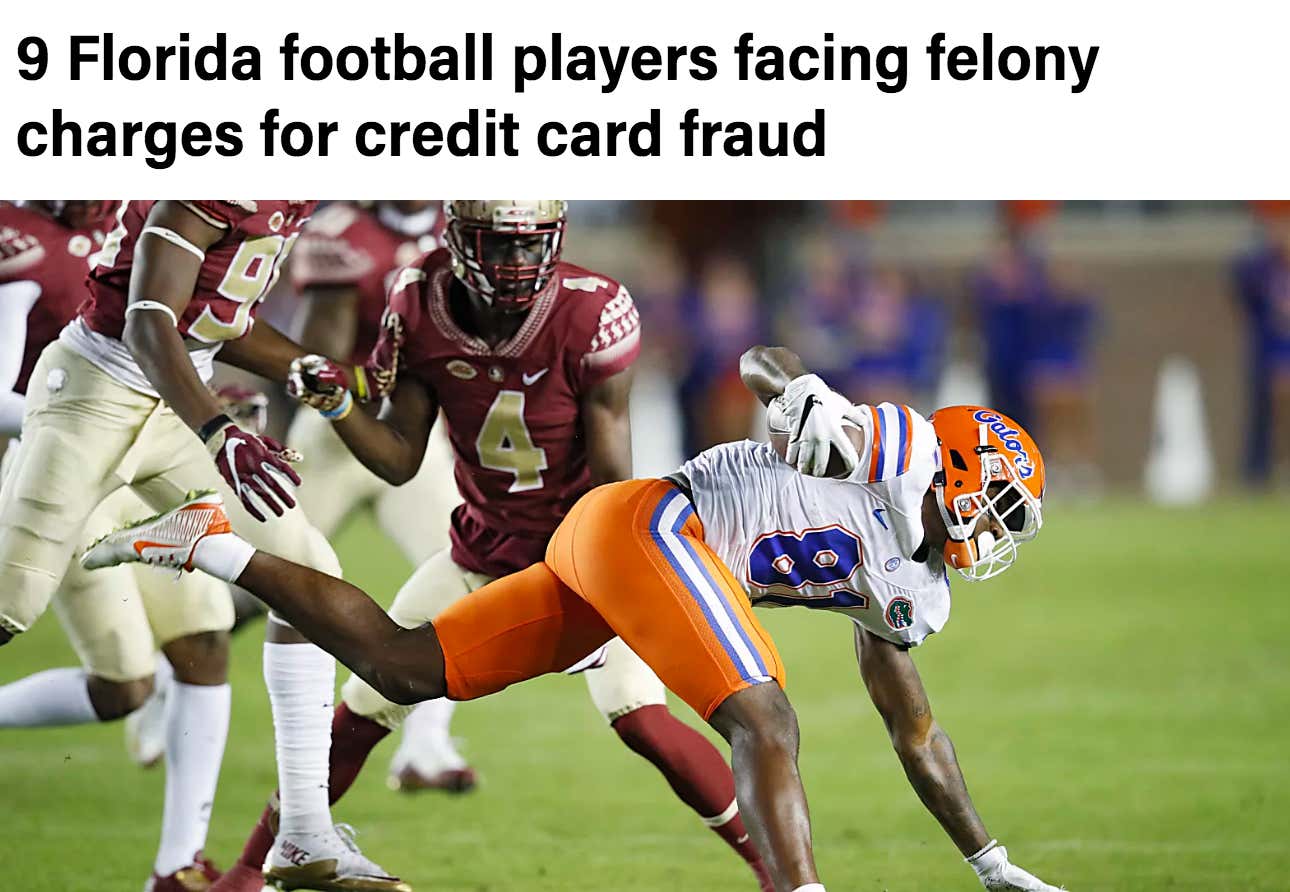 I’m assuming that “Gainesville Gambler” “Tay Bang” is not the most trustworthy fella, so his claim that he gave Florida players discounts on rental cars may not be legit. If it is, the potential list of players linked are prominent players for Florida:

Kadarius Toney and Tyrie Cleveland are both expected to be starting WR’s, while many believe true freshman Emory Jones will end up the starting QB by years end. If any violations emerge from this, Florida’s offense will take a hit. There are, also, potential punishments coming from the university:

Gainesville-None of the seven players were charged in the incident, but six have been recommended to appear before UF’s Student Conduct and Conflict Resolution department. In addition to Toney and Campbell, tight end Kemore Gamble, wide receiver Tyrie Cleveland, quarterback Emory Jones and wide receiver Rick Wells face potential student code of conduct violations for lying to police about the incident.

A video of the incident has also been released:

As a #FilmJunkie, I have analyzed this film like Jim Harbaugh about a dozen times now looking for the player who brought a frying pan to an (airsoft) gun fight. This is all I came up with: 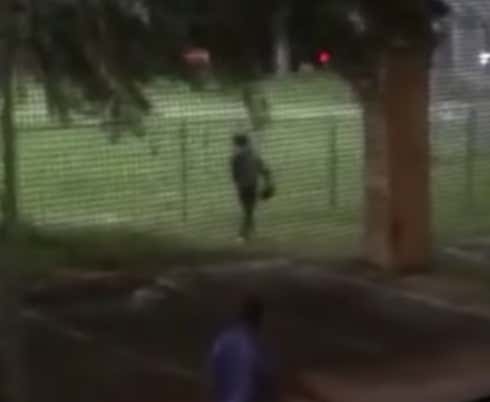 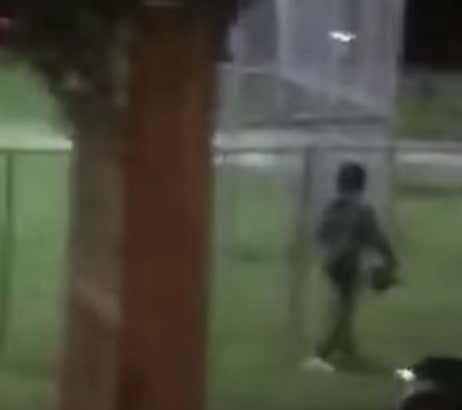 I missed this the first time around, but to make this story ever funnier, the two guys with airsoft guns, Tyrie Cleveland and Rick Wells, were the two Florida players arrested in 2016 for property damage, caused by BB guns: 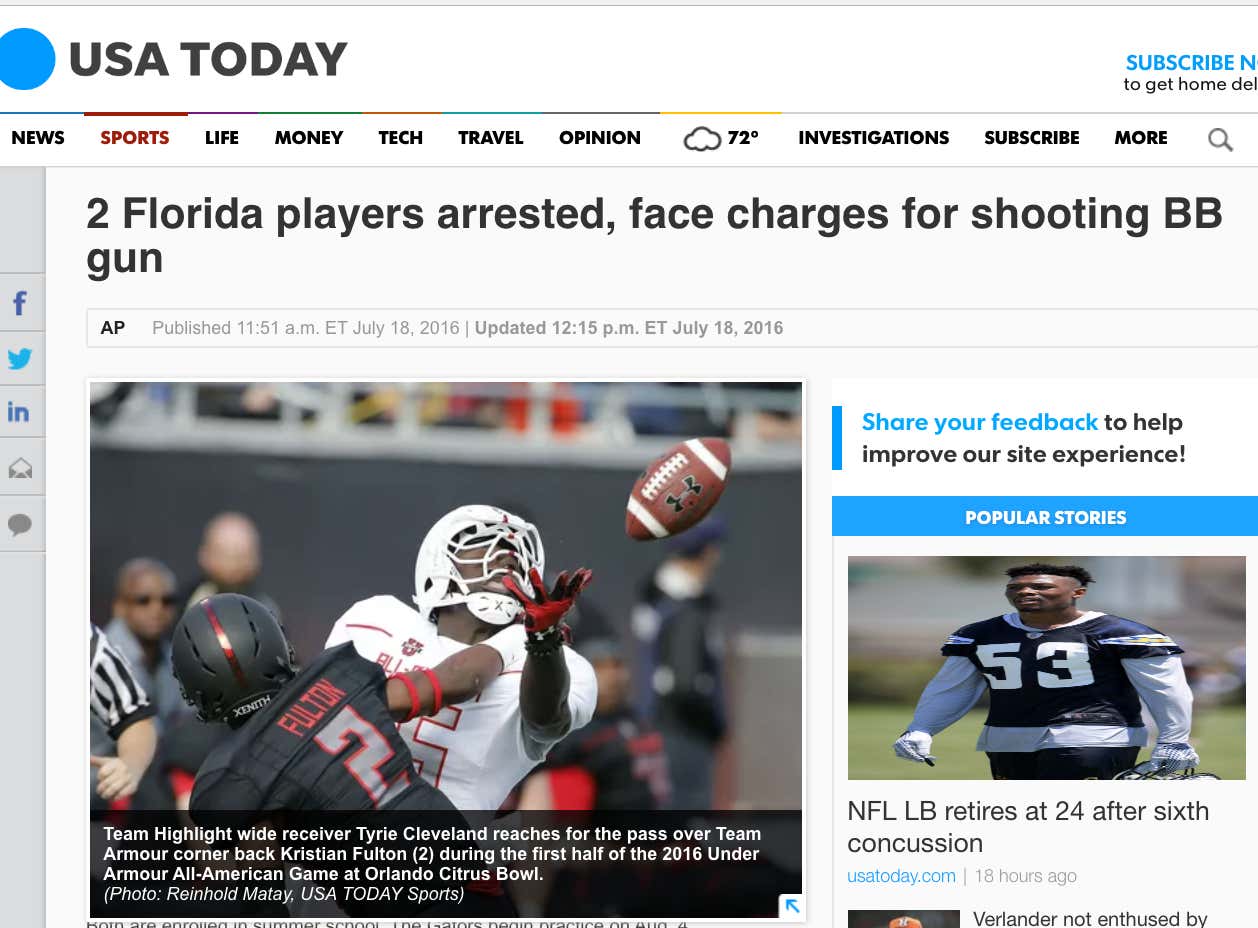 In that incident, both Tyrie Cleveland and Rick Wells wore Florida football apparel while committing the crime:

Can’t make this stuff up. There’s something in the water down in Florida. There has to be.