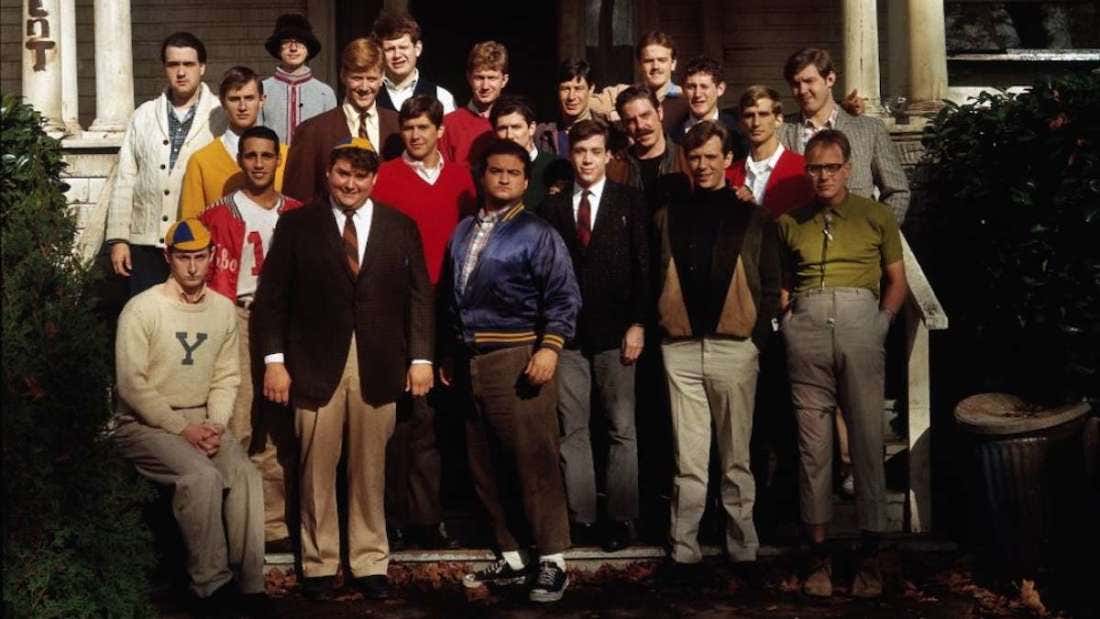 As Kate reminded us last week, Animal House has recently turned 40-years-old. A big time anniversary for an iconic movie that has stood the test of time:

It’s the dog days of summer. Not a lot is going on. A perfect time to watch Animal House for the 800th time, right? That may be the case for all you non-woke people out there. Vice has recently made it clear that if you achieved galaxy brain wokeness level, you’ve thrown Animal House in the trash a long time ago: 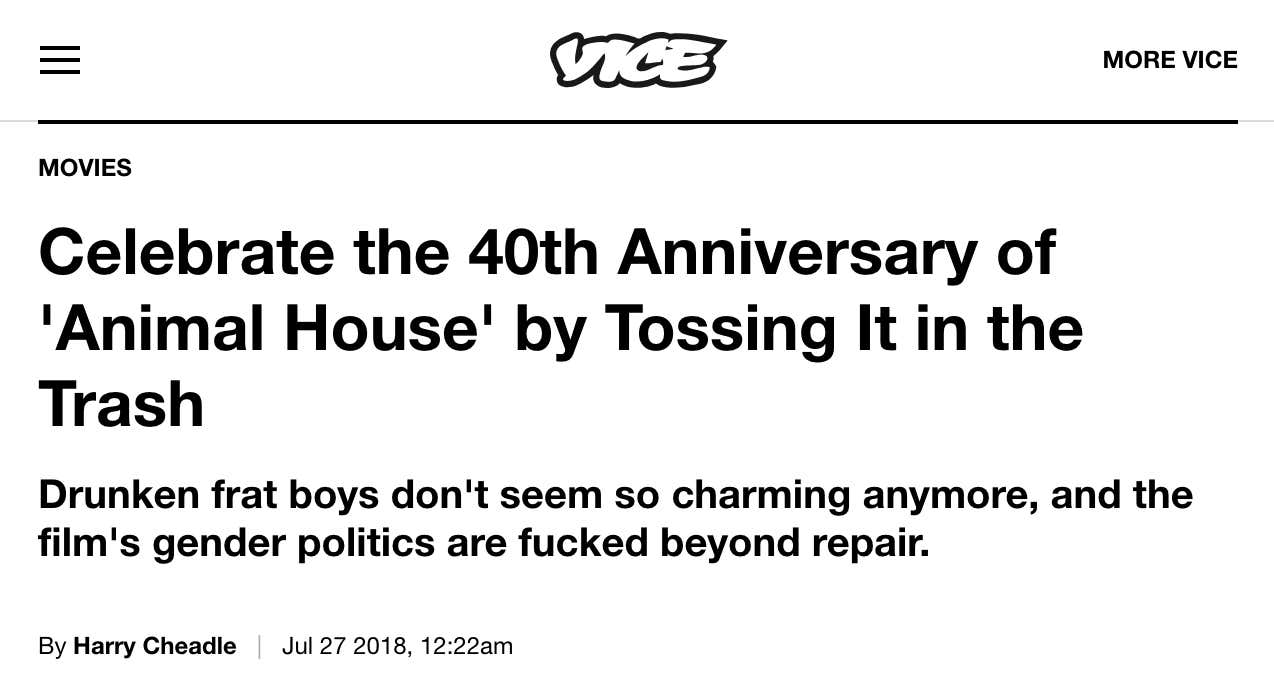 Is Animal House perfect? No, it was a comedy from 1978. The parody of fraternity life in the 70’s can still be funny in 2018. You can laugh at it without agreeing with the actions of all the characters. It’s a damn movie.

We also probably know the scenes that look the worst to modern sensibilities: the all-white gang taking some girls to an all-black bar and getting scared away by threatening patrons; Belushi spying on sorority girls getting undressed in a segment whose main thrust is, “Hey check out these hot girls!!”

It’s a shame that Vice doesn’t have the money to start a production company to give us a 2018 version of Animal house featuring an all-female cast starring Lena Dunham, Leslie Jones and Katy Perry. Special appearances will include Alexandria Oscio-Cortez and Chelsea Handler as the sorority house mother. Instead of chronicling the life of the party, the film will be focused on the gender-inclusive sororities attempt to smash the patriarchy.

Animal House is anarchic but it’s also fairly slow by today’s standards, and it doesn’t cross the gross-out thresholds comedies routinely hop over in 2018; when Kent Dorfman pukes on the dean, we don’t actually see any puke. Some of the jokes are groan-inducing today, like when a scantily-clad woman falls through a Playboy–reading kid’s window and he yells, “Thank you, God!”

Because of this misbehavior, they get kicked out of school, and respond by crashing a parade and causing a brawl. Oh yeah, and everyone involved is white, obviously. There are female characters but most of them are primarily sex objects. (The exception, Katy, played by Karen Allen, mostly exists to tsk-tsk her boyfriend’s bad behavior, but it must be said she gets some good lines and also bangs Donald Sutherland’s professor.)

Sorry, in my proposed Animal House, most of the characters mentioned are white. That’s on me. Going to have to take Lena Dunham out of this one.

Just as it’s difficult to imagine watching Animal House in 1978, it’s difficult to imagine coming to it today never having seen it before. Drunken frat boys don’t seem so charming anymore, the film’s gender politics are fucked beyond repair, and there’s no one to latch onto as a sympathetic character, save for maybe Katy, or maybe the women exploited by the protagonists. If you went in knowing nothing about it, you might see it as a clunky piece of Boomer-made nostalgia. The whole drinking-is-awesome ethos is tired, the nudity is boring unless you’re a horny 14-year-old, and so many of the movies Animal House inspired are terrible. If we didn’t have Animal House we wouldn’t have the American Piefranchise, which should tell you how much of a mixed bag its legacy has been. If you had an Animal House poster on your dorm wall, you were probably a sad, weird loser and if you have one in your dorm today, guess what?

Hopefully, nobody reading this has ever rocked the famous “college” shirt. If you have, I’m sorry to inform you that you are sexist scum.

I really think we, at Barstool Sports, should start a Woke Hall Of Fame. Every time an article like this is published in the “you think this is funny? Well, that means you are a racist and sexist douchebag” part of the internet (e.g. Vice, Huffington Post, Salon, or Vox), we will induct the author of the think piece.

With that being said, I want to congratulate Harry “Throw It In The Trash” Cheadle for being the first member of the Woke Hall Of Fame. Congrats Harry! 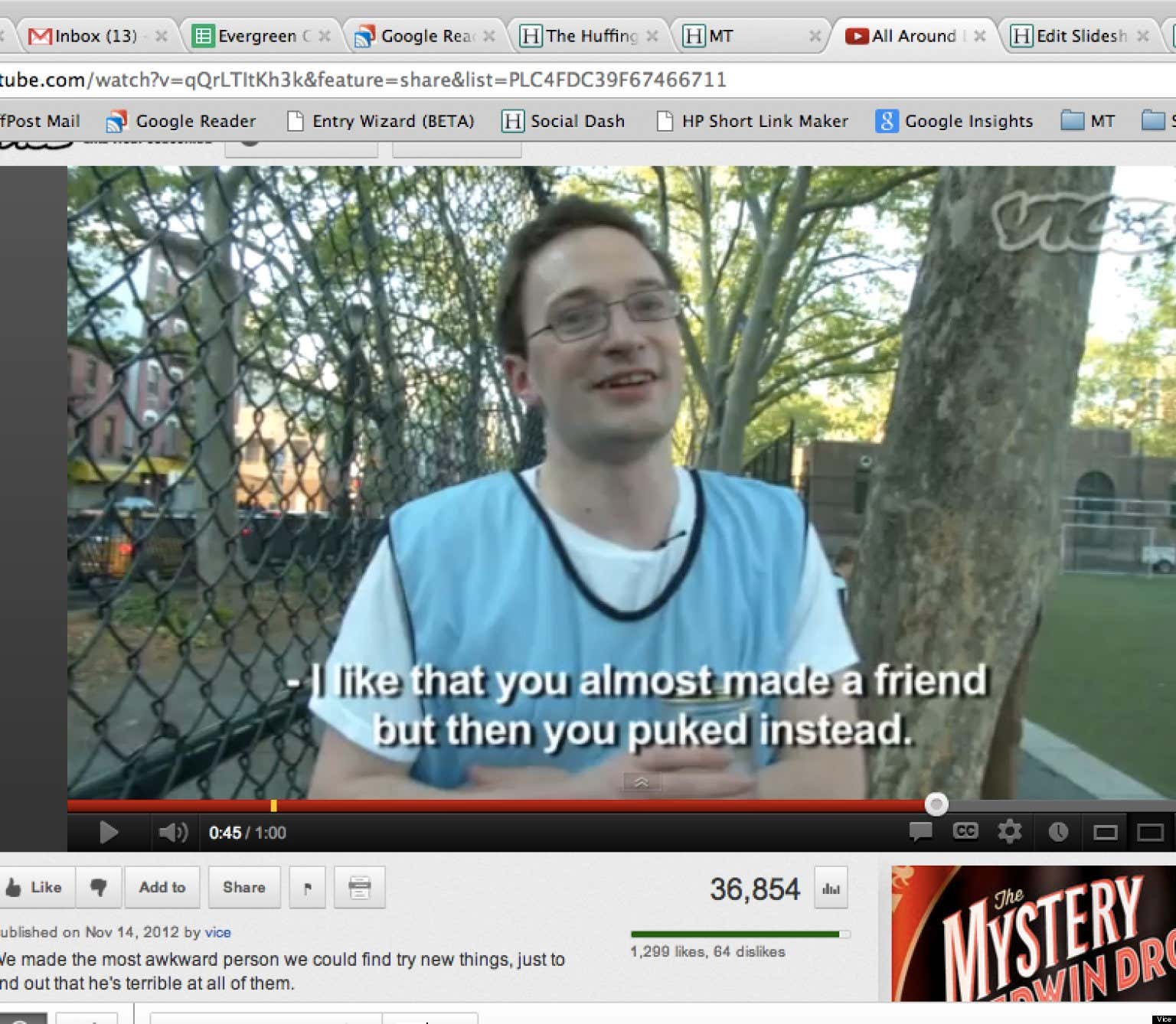 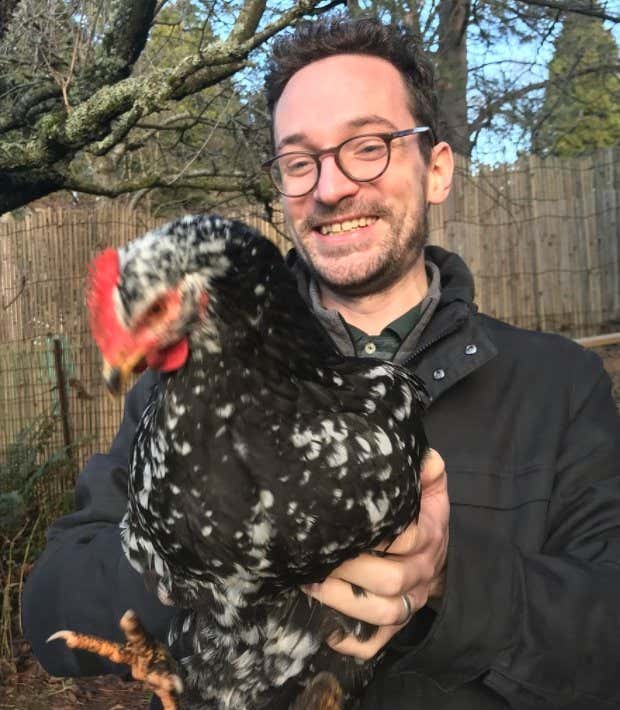