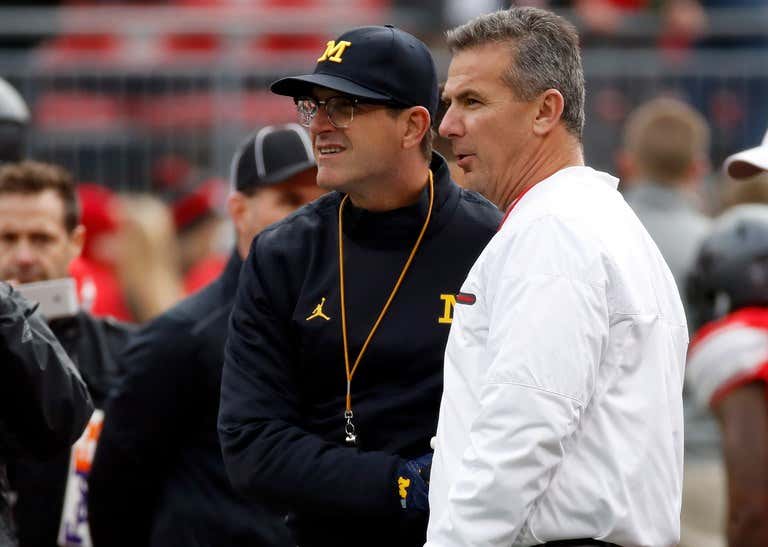 In the case you were living under a rock, Urban Meyer was placed on paid leave yesterday by Ohio State as they launch an investigation into his knowledge of Zach Smith’s domestic violence allegations.

A lot still has to come out, but what does this mean for the 2018 season and beyond? If Urban Meyer does get fired, a lot of moving pieces will be set into motion. Here are 3 questions I am considering:

It seems that Urban Meyer’s time is done at Ohio State. That leaves an opening at one of the top jobs in college football. Who does Ohio State go after? When do they do it? The one name that has been mentioned a lot is Iowa State’s Matt Campbell:

Campbell is from Ohio and coached at Toledo before ending up at Iowa State. If he gets hired, Iowa State, a program that has been on the up and up since Campbell arrived, takes a massive blow. That will change the landscape of the Big 12. If Ohio State wants to hire Campbell immediately, when do they offer him the job? In October or after the season?

Bob Stoops, from Youngstown, Ohio, has also been mentioned.

I’ve heard from sources this Boca resident has received a few phone calls as well: 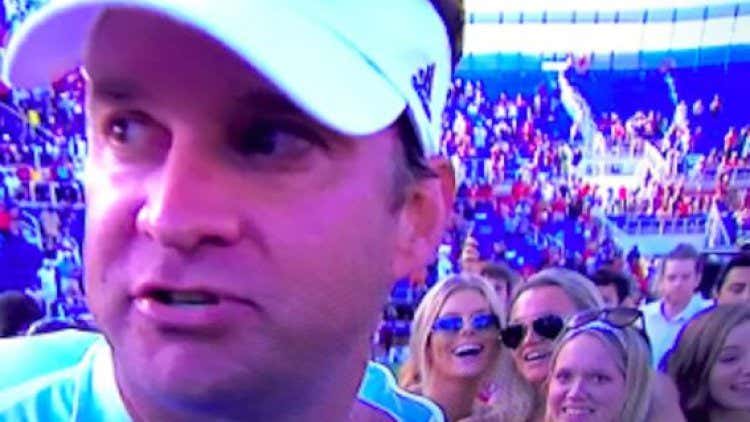 (Those sources are the voices inside my head. Let me dream, dammit)

This job will be one of the best on the market in some time. It will be even more enticing considering no NCAA violations will likely stem from this situation. A coach can come into this job with a talented roster and immediately compete in recruiting and on the field.

The Big Ten East will be the best division in college football this year. Ohio State was the clear favorite before yesterday’s news dropped, but Michigan State, Penn State and Michigan’s chances of finding themselves in the Big Ten Championship game have increased. It’s hard to say how much worse OSU is without Urban Meyer because there are a lot of factors to consider. How does the controversy affect the team? Is there any locker room problems because of it? What happens in a close game when the team is used to having Urban on their sideline?

Ohio State’s win total has been pulled off the board:

The odds to win the Big Ten have, also, changed: 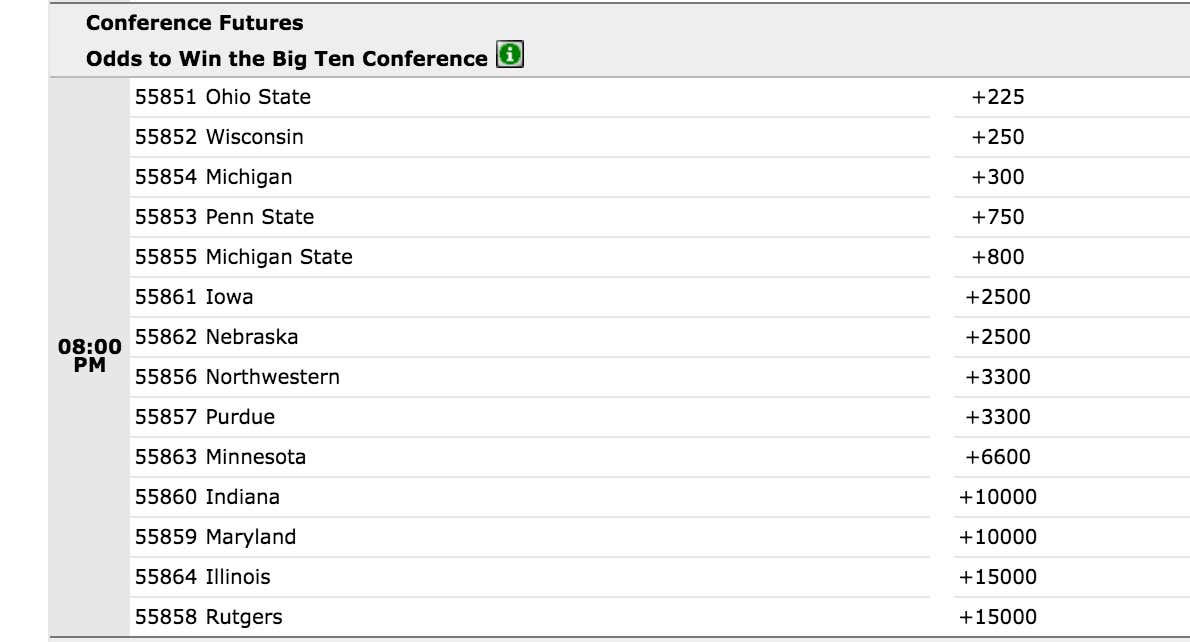 Wisconsin’s chance to find themselves in the college football playoff have increased as well.

This kind of goes hand in hand with the Big Ten situation, but the college football playoff landscape could change a lot with a 10-20% worse Ohio State without Urban Meyer.

Imagine this scenario: Michigan State, Michigan, Penn State, and OSU all finish 10-2 with 2 Big Ten losses. Whoever wins the tiebreakers goes into the Big Ten Championship games and beats Wisconsin. That leaves us with an 11-2 Big Ten Champion. Do they get in over a 12-1 Pac-12 champion Washington? What about the loser of the SEC championship game, which could feature Georgia and Alabama? If it’s between 11-2 Michigan and an 11-2 Oklahoma, who gets in?! Everything just got a bit more interesting.