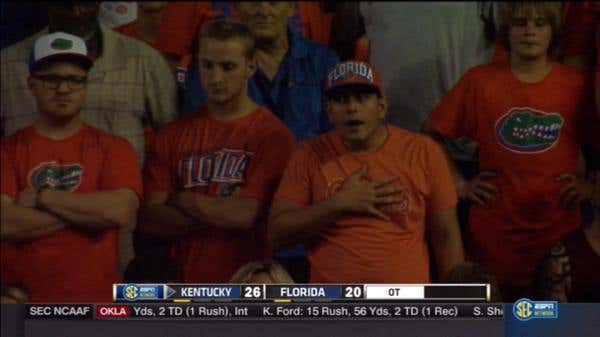 It’s been a wild few weeks for Dan Mullen and Florida Football:

-They are pitching recruits to be “used like Aaron Hernandez”

-Their 2019 recruiting class ranks 11th in the SEC. Georgia currently has more 5-star commits than Florida has 4-star commits.

-Several players were involved in a fight with a “Gainesville Gambler” named “Tay Bang.” Those players brought airsoft guns that looked like AR-15’s and frying pans (yes, frying pans).

-“Tay Bang” told the Gainesville Police Department that he was giving those same Florida players discounts on used cars. If true, that is a massive NCAA violation.

-Incoming 4-star Freshman Justin Watkins was arrested for the second time in 3 months. Has since left the team.

More information has been released about Justin Watkins arrest and it involves another Florida football player.

Watkins, a freshman, was kicked off the team after being arrested on two misdemeanor counts of battery causing bodily harm and two third-degree felonies — false imprisonment of an adult and domestic battery by strangulation, according to court records.

According to the incident report, obtained by First Coast News, an 18-year-old female told police Watkins punched her repeatedly, threw and chocked her and held her against her will.

I may be going out on a limb here, but this Justin Watkins fella seems not to be the type of guy you want in your locker room…

Watkins allegedly became angry when, according to the report, he saw another football player liking the unnamed female’s Instagram pictures. The victim says she told Watkins she had never met the other player in person, but he didn’t believe her.

Whatever they are feeding the Florida players needs to change. Start filtering the water, because something is in it. Change the protein powder. Fire the football chef and get a new one. Control what you can control here, because whatever has been going on in that football facility is not good for the Gators future.

According to the report, Watkins called the other player via FaceTime, and asked him if he had met the victim. The other player said no. The report states that Watkins responded, “If you don’t tell the truth, I’ll kill her.”

According to the report, Watkins threw the phone down, and pinned [redacted] to the bed again. He began to choke [redacted] with both hands from a mounted position with his legs on either side of her waist. Watkins was on top, [redacted] laying on her back. According to [redacted] Watkins was aware [redacted] had asthma. He strangled her with two clasped hands around her throat cutting off her airway for about 15 seconds. He then paused, and continued strangling her for about 8 seconds, paused again, and then about 8 more seconds. Watkins got off of her and said “get out.” [redacted] wanted to leave, but Watkins was blocking the doorway preventing her exit, the report says.

An Instagram like. This scumbag threatened to kill this girl over one of his teammates liking her Instagram photo!!!! Kick this guy to the moon and leave him there!!!!

After all of this came out, Watkins left Florida football in a “we are going to fire you” “no, I am quitting” situation.

Gainesville-“I will be leaving the university of Florida to better my opportunities” Watkins wrote on his Twitter account Friday.

To make things worse for Florida (yes, they can get worse), a player was recently found by police with a loaded AR-15 in his car for “protection because of locals:” 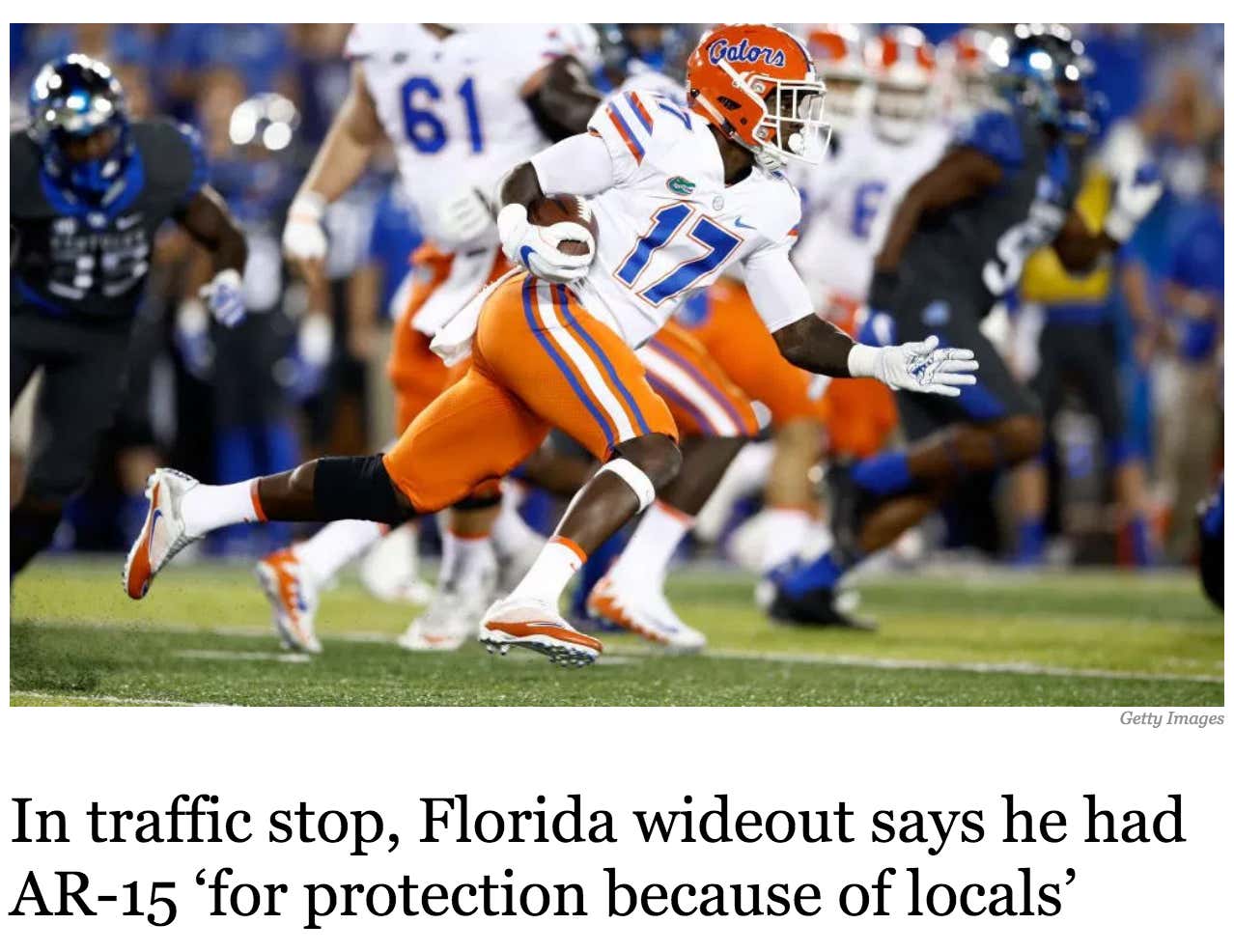 This led to some confusion because Dan Mullen was thought to have a no gun policy for his players:

However, Mullen, who was hired last November from Mississippi State to turn around a struggling Gators’ offense, said that’s only the case in “certain situations.”

“It’s a no-weapons policy in certain situations of how to be educated to not have (issues),” he said. “No weapons, that’s easy to remember. If I write out all the different (scenarios) — no weapons in these situations or have a weapon for a hunting situation, if I’m doing this, I store it at this location, I keep it here, I have gun safety rules and knowledge — that’s not a quick catch to them to register in their mind. Does that make sense?”

Not a great start for Mr. Mullen. Not great!!!!