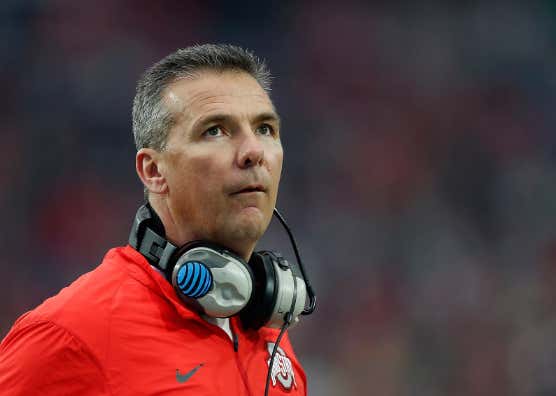 The group was formed to direct the work of the investigative team and be available to provide consultation and advice, and to assist with communication to the full board on the matter.

Decisions about actions, based on the findings of the investigation, will be made by the president of the university in consultation with the Board of Trustees.

Former Chair of the U.S. Securities and Exchange Commission Mary Jo White will lead the investigative team. White is a senior chair with the national law firm Debevoise & Plimpton and is a former U.S. Attorney for the Southern District of New York.

“Ohio State is committed to a thorough and complete investigation,” Davidson said. “We look forward to sharing the results of this investigation and any action the university may take.”

The investigation is expected to be completed within 14 days.

Let’s go over the main points:

-An “independent working group” will begin their investigation into Urban Meyer’s actions surrounding the Zach Smith domestic assault scandal. Although “independent,” three current university trustees will be apart of the group. That could be seen as a little fishy, but they will probably provide the proper resources for the group to do their best work.

-The investigation will be completed within 14 days. How much can you investigate in 14 days? That’s not a lot of time. I didn’t realize thorough investigations have timeframes.

-“Decisions about actions, based on the findings of the investigation, will be made by the president of the university in consultation with the Board of Trustees.” This pretty much makes the investigation meaningless. Their decision is already made. How much is a 14-day investigation going to change their mind?! This is a PR move by Ohio State, so when they make a decision it will be easily backed up by a professional document.

A lot has been coming out about Urban Meyer’s knowledge of the situation between Courtney Smith and Zach Smith. It is hard to determine what to believe. The validity of a source on an Ohio State message board is close to zero, same with Facebook posts and tweets. At this point, the best thing to do is to sit back and wait.

What do I think is going to happen? I don’t see them firing Urban. They’ll suspend him for four or so games. The fall man will likely be athletic director Gene Smith. I see them putting the blame on him, saying Urban “properly” reported the incident and covering his own ass. Although Urban constantly preaches he is more than a football coach and runs more than a football program, Urban will survive strictly by the “hey, I’m just a guy who coaches football!” excuse. Is that the morally correct decision? That’s a conversation for a different time.

Another scenario that I was thinking about last night: Ohio State does end up firing Urban Meyer. Notre Dame has a disappointing 8-4 season and cans Brian Kelly. They turn around and immediately hire the one that got away: Urban Meyer (devout Catholic, ND WR coach 1996-2000). Oh, you think the top Catholic university of America is too virtuous for that? You know what Notre Dame likes more than morality and virtue? That’s right: