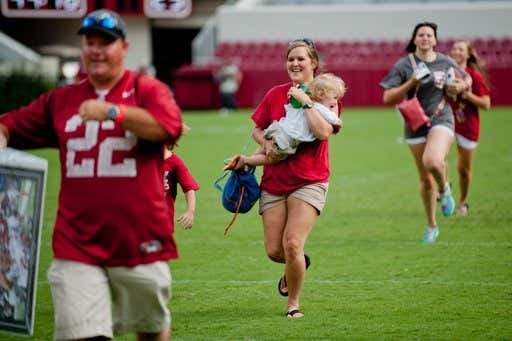 My favorite sporting event of the year was over the weekend, THE RUNNING OF THE GUMPS!!!!!!!

Look at all those grown men running to get autographs from teenagers that are paid in #education. Don’t you dare slip them a dollar bill or a penny to thank them, that’s an NCAA violation!

Look at that ball protection!!!! Ball security is job security!!! 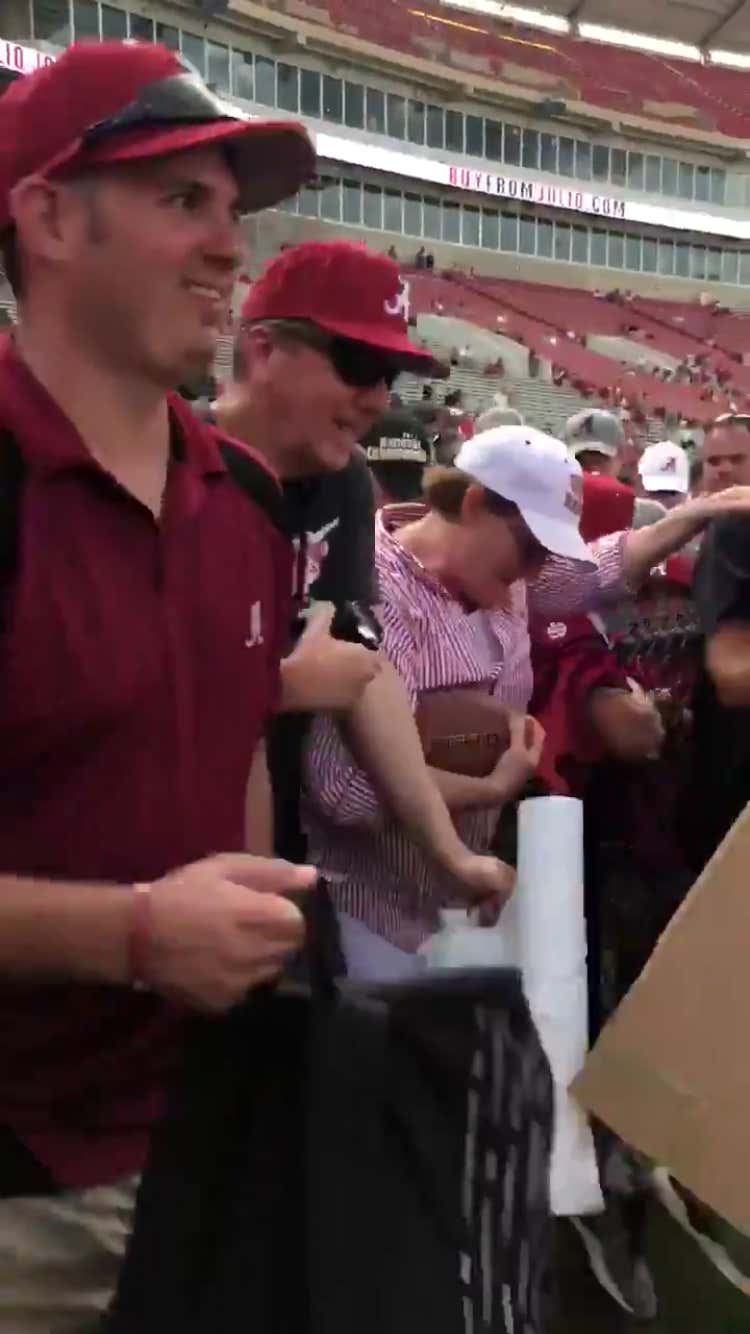 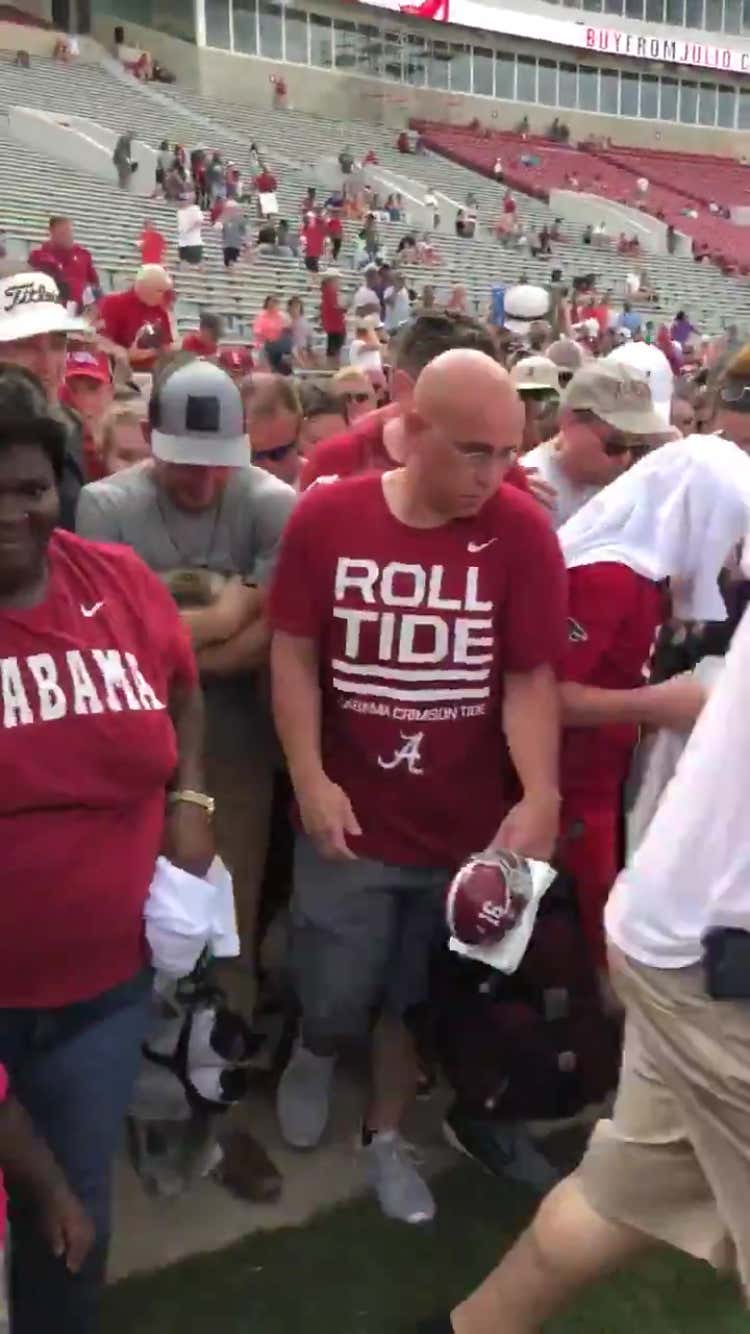 Not a fan of this technique, though. In the running of the gumps, there is no age, gender, or race. A 55-year-old virgin will take your ball if you are holding it like a loaf of bread!!!! 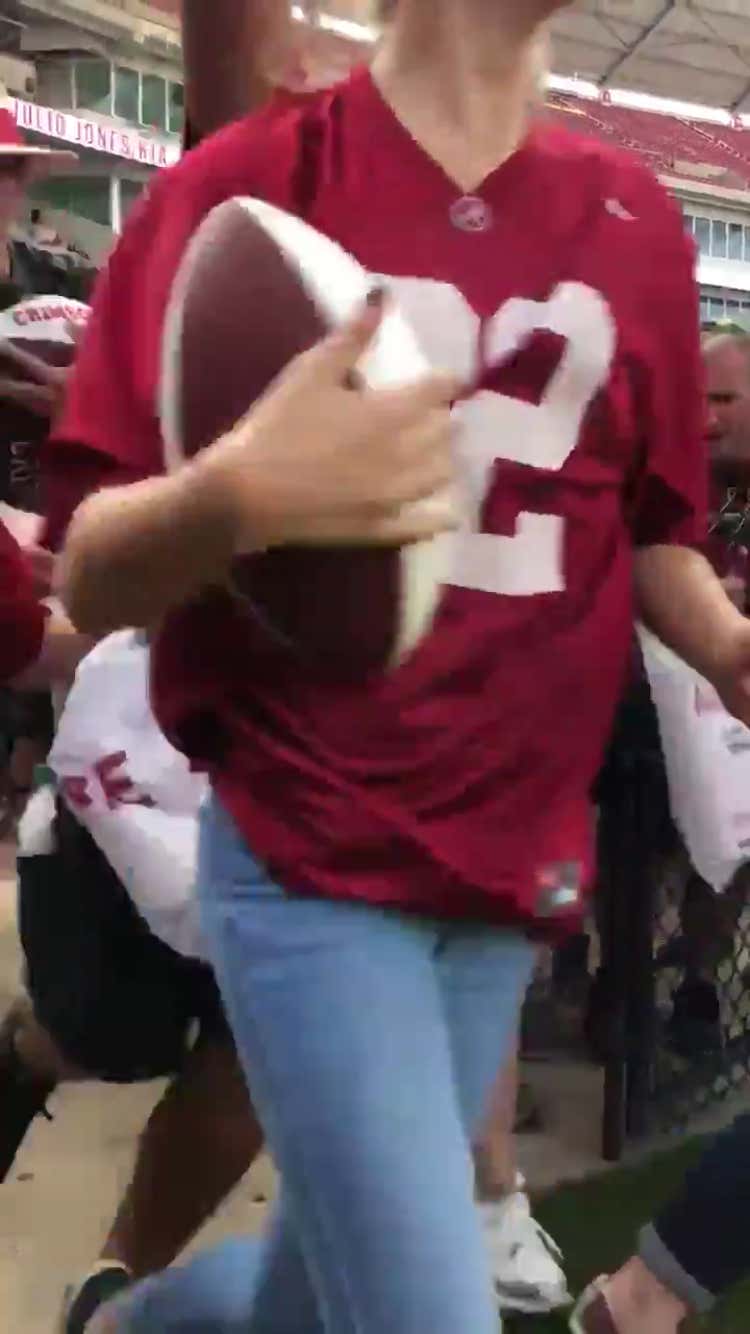 A few highlights from the past: 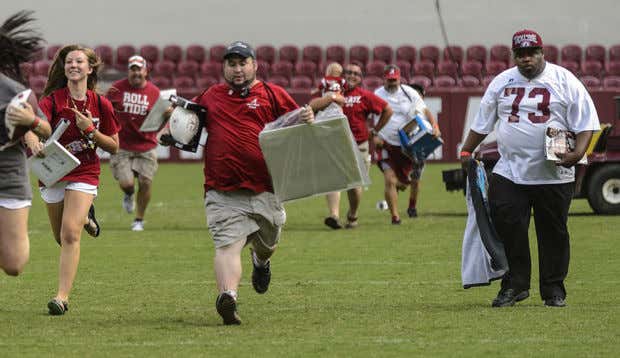 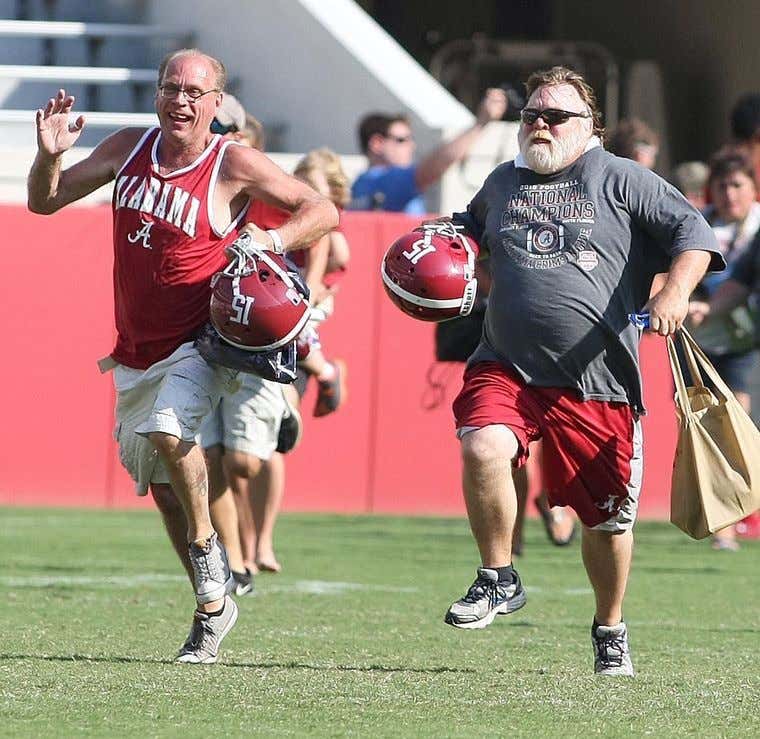 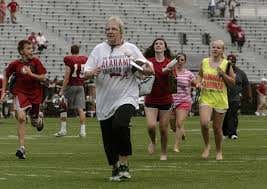