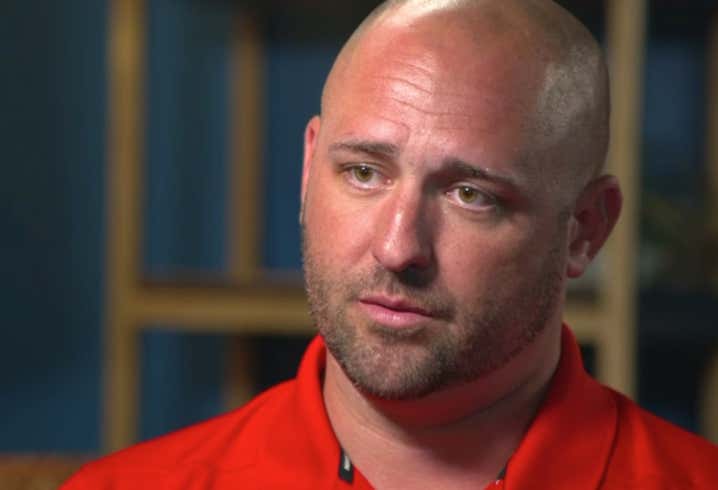 The $6,600 increase was the lowest in his six-year career at Ohio State, according to documents provided by the school.

According to Ohio State, on Feb. 1 of each year, Zach Smith’s base salary was:

Hmmmmmmmmmmmm, why would such a small raise happen in 2015? Hmmmmmmmm, oh, what happened in 2015? That’s right!

Sure, there could be other factors that led to a lower raise, but I believe it’s time to call a spade, a spade here.

What a bizarre reaction to having one of your coaches involved in yet another alleged domestic violence situation. Oh, you may have beat up your wife again? Going to have to lower your raise! Don’t worry, though! You’re still getting a raise!

Less than two months before Ohio State WR coach Zach Smith was investigated in 2015 for domestic violence and felonious assault against Courtney Smith, Shelley Meyer was a featured speaker at a Birmingham, Ala., conference to draw awareness to the ongoing fight to eradicate domestic violence.

The conference – “College Football Wives 2015” – was in August 2015 and featured eight wives of prominent coaches speaking against domestic violence. The event was part of a public awareness campaign called “Refuse The Abuse” – and came less than two months before Zach Smith’s alleged domestic violence on Courtney Smith on Oct. 25, 2015. 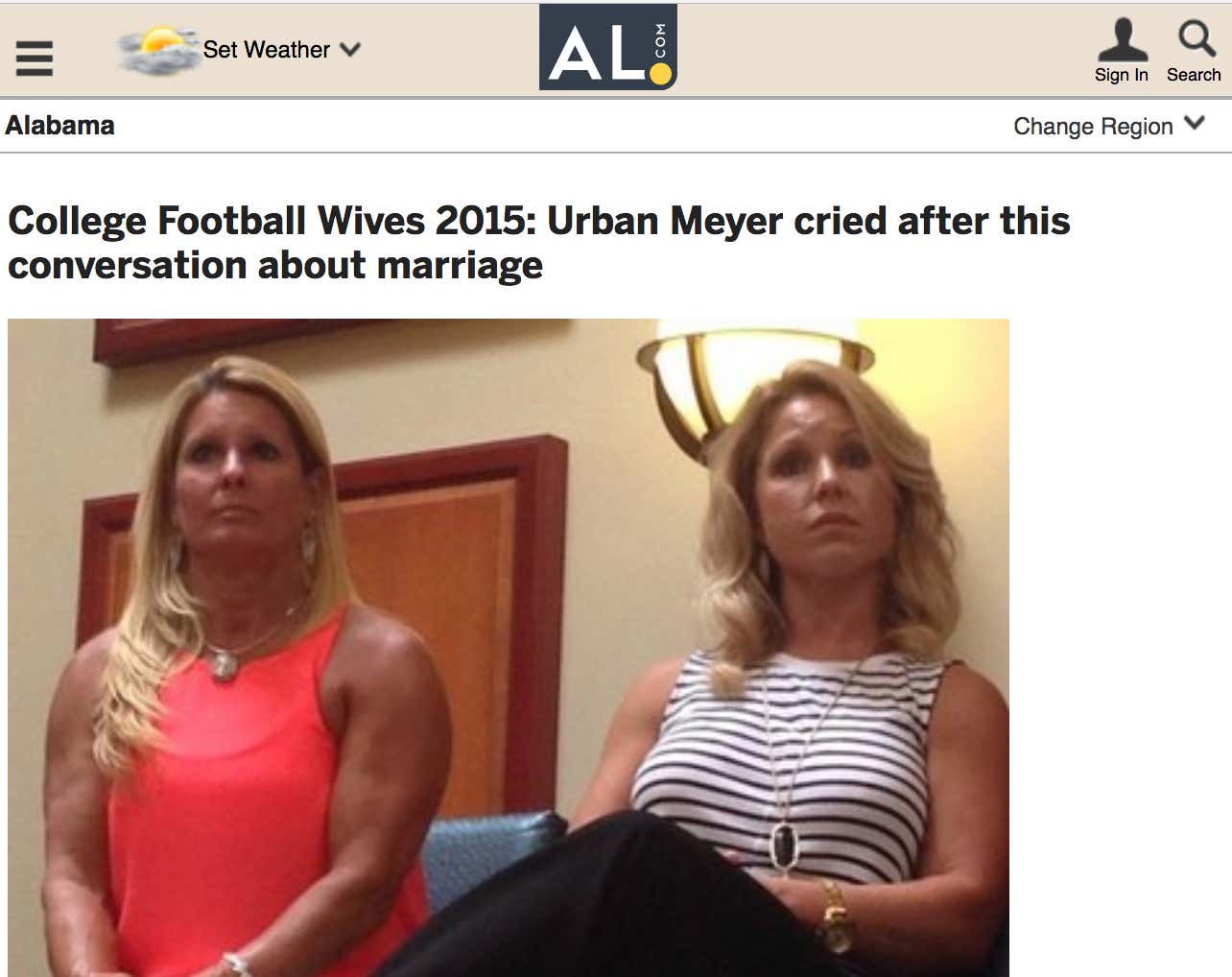 AL.com-At College Football Wives 2015, ShelleyMeyer told the Birmingham audience about a life-changing conversation her husband, Ohio State coach Urban Meyer, had with one of his football mentors.

Earle Bruce, elected into the College Football Hall of Fame in 2002, told Urban his biggest regret was that he did not make his wife, Jean Bruce, feel special every day. Jean died in 2011.

As Shelley Meyer retold the story, her voice started to crack.

“And my husband came home with tears in his eyes,” she said. “This is just a couple of years ago. He said, ‘That really hit me.’ And he just tells me (now) all the time how pretty I look.

“This is Urban Meyer, people! When you see him on TV, just think about that. ‘You look so pretty. You’re pretty.’

“And he calls me babe and sweetie. And he’s always been good to me, but after Earl said that, there’s a lot more of ‘You’re so pretty.’ It’s really sweet. He’s so sweet. And most people think he’s not sweet. But he is.”

“And most people think he’s not sweet. But he is.”

Rumor has it that Aaron Hernandez said the same thing.