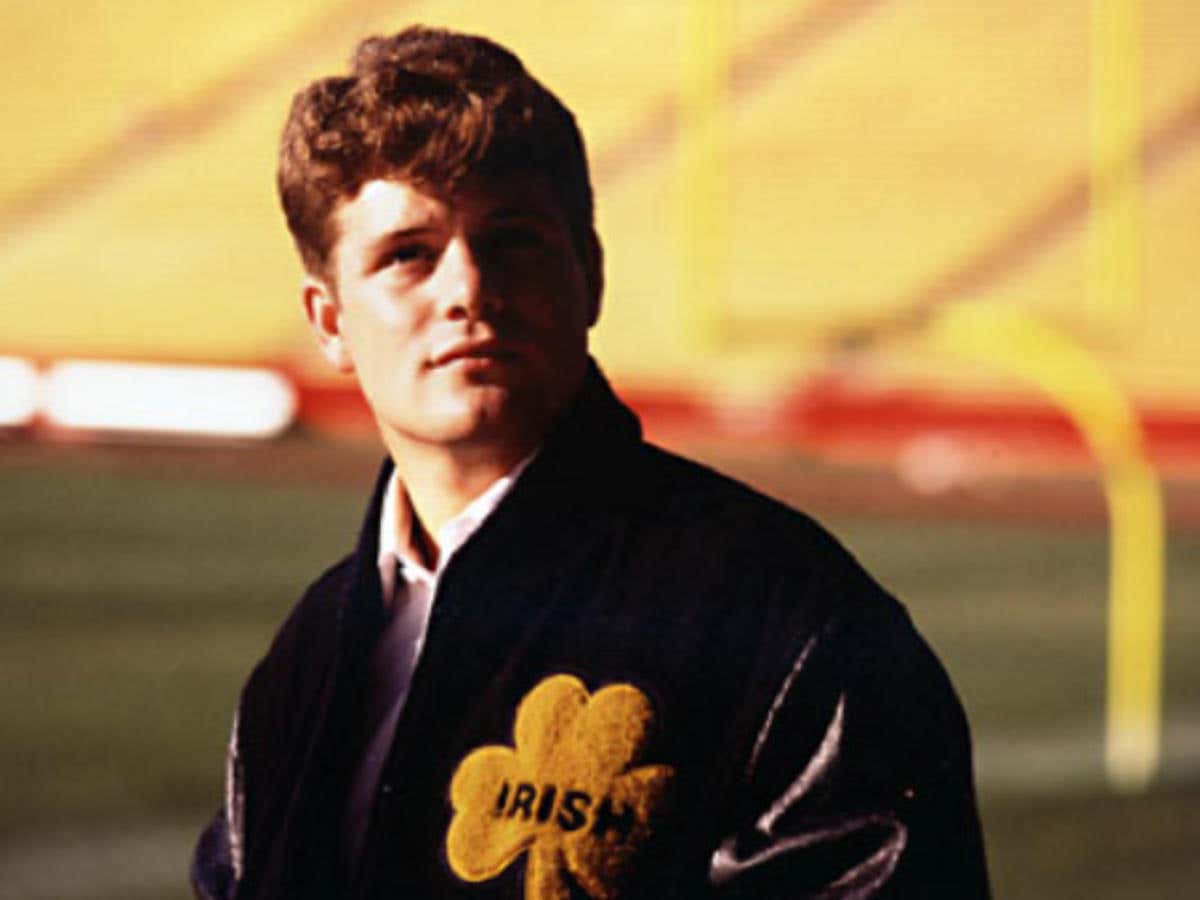 To celebrate their 25th anniversary, Rudy (1993) will be returning to a select few movie theatres for one day in August and another in September:

“Rudy” is returning to theaters nationwide for two days only, Aug. 28 and Sept. 2, as part of Fathom Events’ celebration of the sports classic’s 25th anniversary.

The 1993 movie is based on a true underdog story. Sean Astin stars as Daniel “Rudy” Ruettiger, a too-small player with a big enough heart to practice with the University of Notre Dame Fighting Irish football team, and who makes history on his final play with the team.

“It feels like only yesterday. But it’s a timeless message,” says the real Rudy Ruettiger, now 69, who made the rounds in Hollywood for years before he found the right team willing to take on his sports story (“Hoosiers” director David Anspaugh and screenwriter Angelo Pizzo). “When we put this film out there, we didn’t know it would ever take off like it did.”

I liked Rudy. I think it’s a bit overrated, but it’s still a movie I’ll enjoy watching if it is on. What prevents this movie from being great in my book is the failure of investigating whether or not Rudy was offsides.

In the infamous scene in the movie, Rudy follows the rules:

But, what about real life?!? Was Rudy, truly, a man of integrity that followed the rules?! Let’s do a little investigating:

TO THE MICROSOFT PAINT! 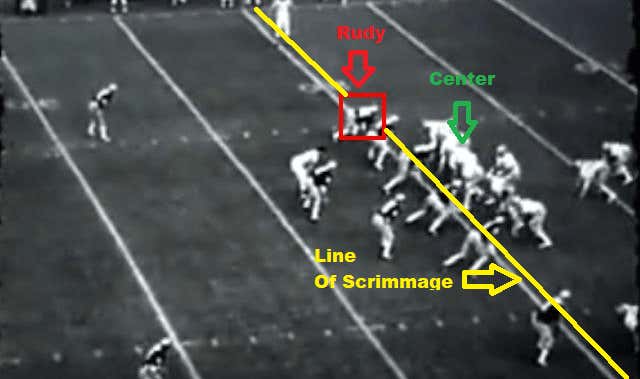 So, Rudy wasn’t necessarily “offsides,” but he was clearly lined up in the neutral zone!!!! That’s a fact! Check the tapes!

Conclusion: Rudy was offsides. Saying “Rudy was offsides” is so much better and easier than “Rudy was lined up in the neutral zone!” So, if you are a non-Notre Dame fan, keep on, keeping on with one of the greatest reoccurring college football jokes/memes. It will always trigger Notre Dame fans. Be thankful for that. 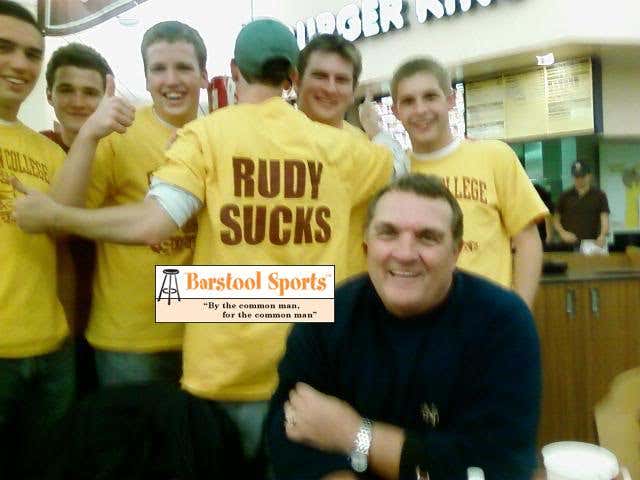 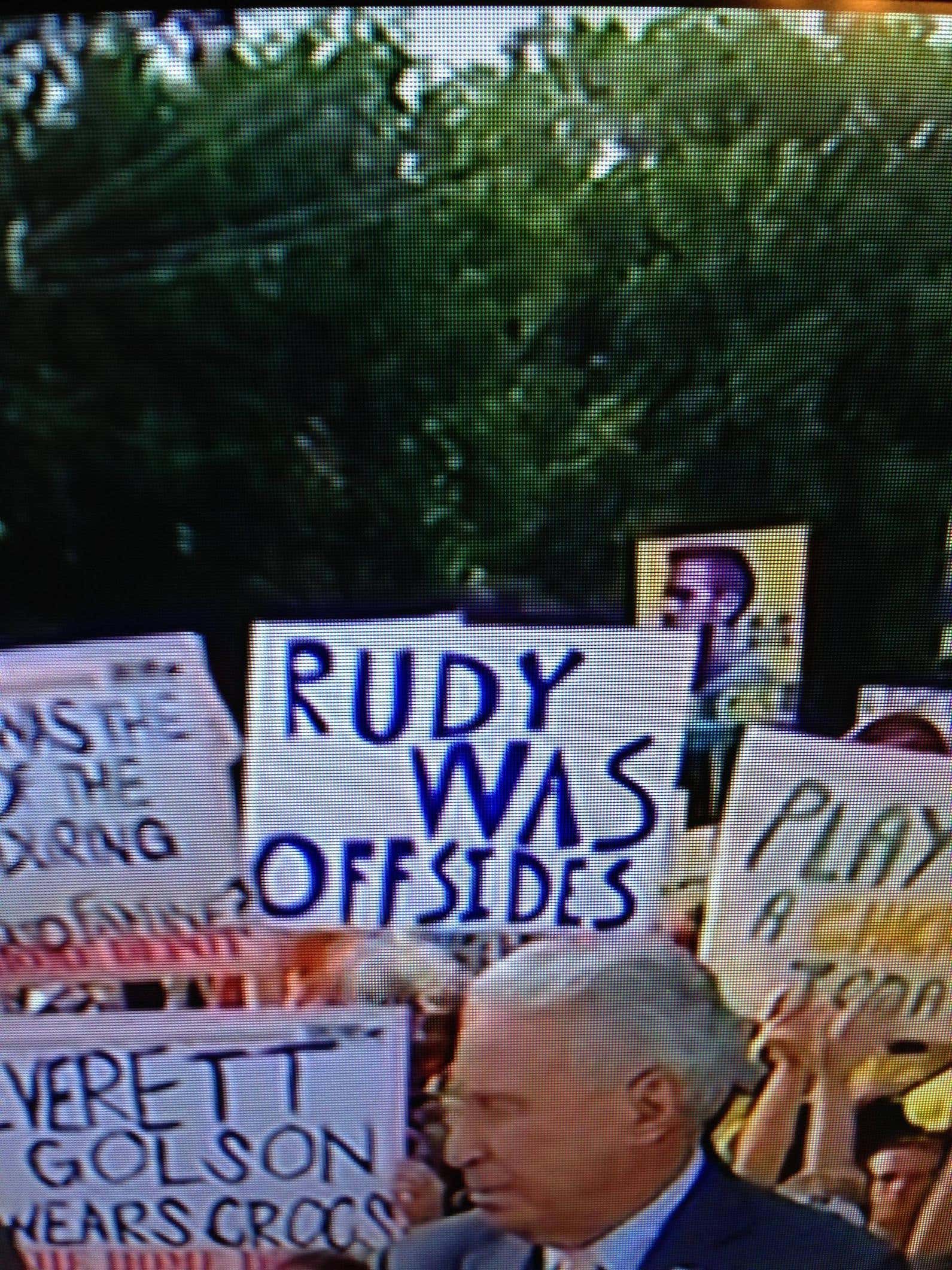