Every year, Wisconsin puts together an offensive line that is full of beefy, farm boys that epitomize #B1g football. If Nick Saban produces 5-stars in a secret laboratory in the basement of Alabama’s football facility, Wisconsin produces 6’5, 320-LB white offensive linemen in the basement of their football facility that love to destroy opposing defenders. After they are produced Frankenstein style, the players are apparently fueled by Red Robin:

If center Tyler Biadasz had to endure an initiation when he became the youngest member of the Red Robin High Council, his fellow Wisconsin offensive linemen aren’t revealing any details. “The first rule of Fight Club,” left guard Michael Deiter says, “is don’t talk about Fight Club.”

Look at these thicc young men: 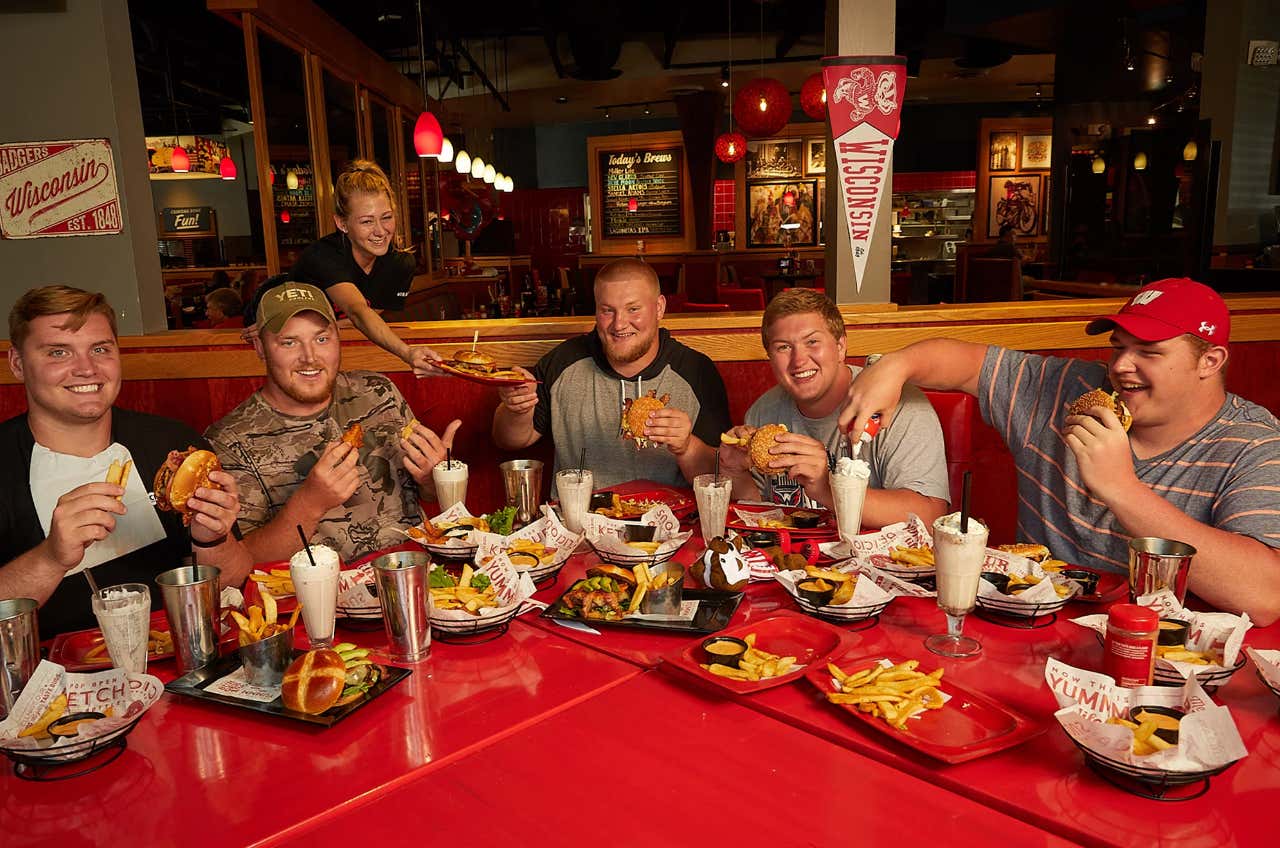 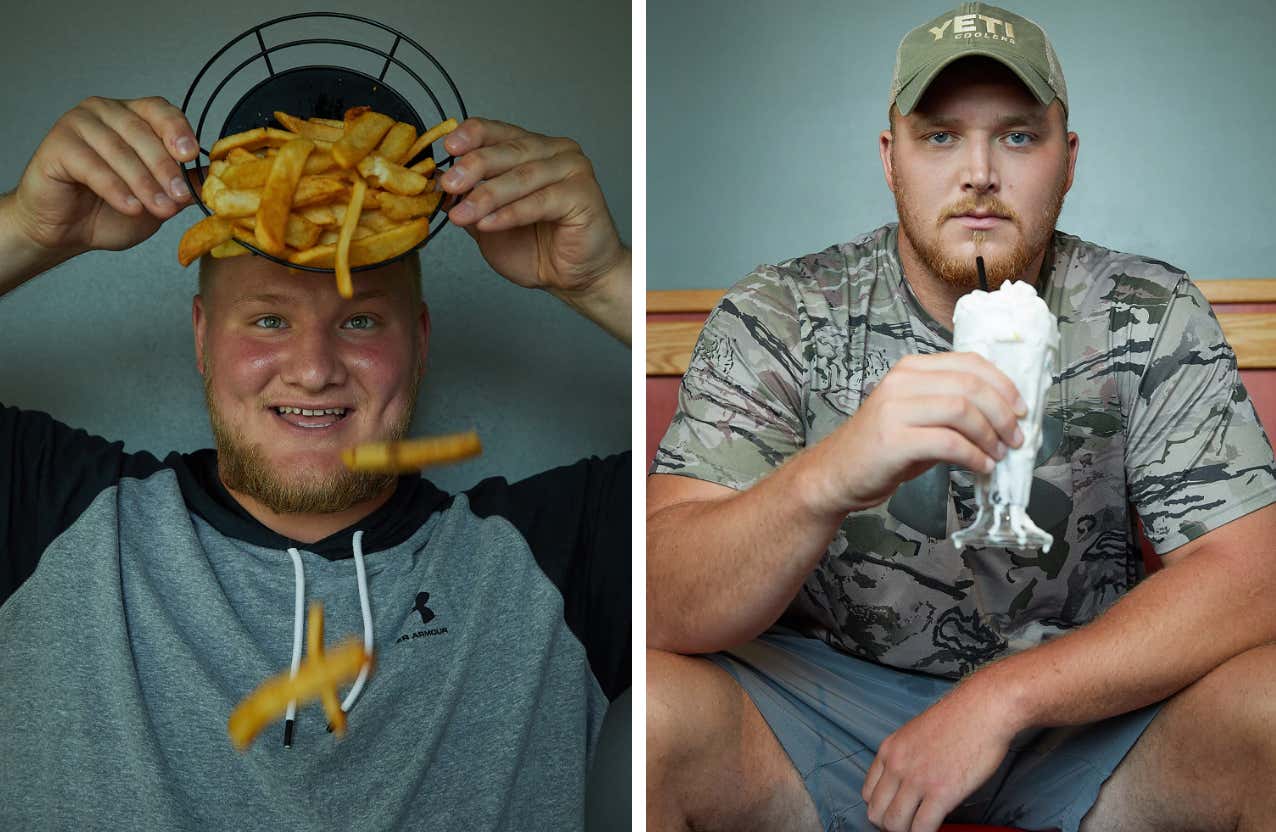 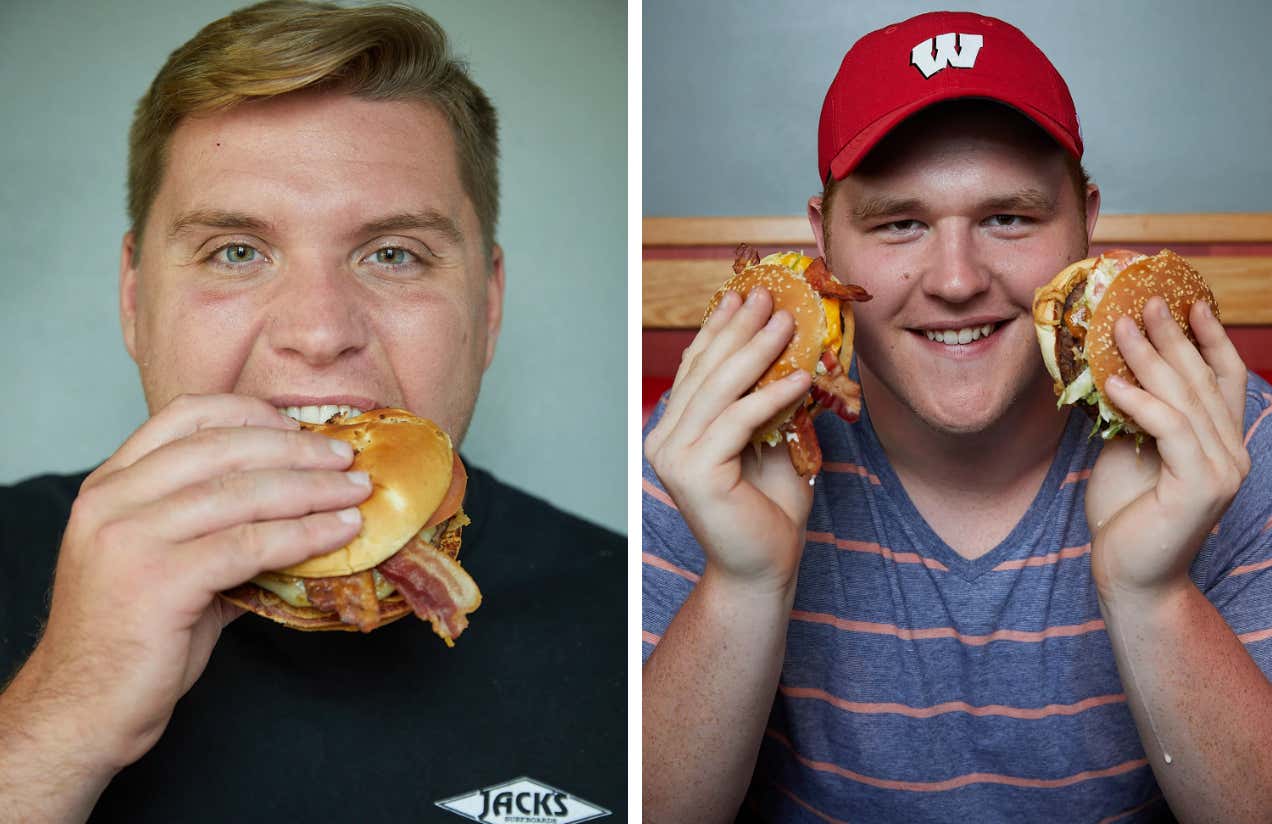 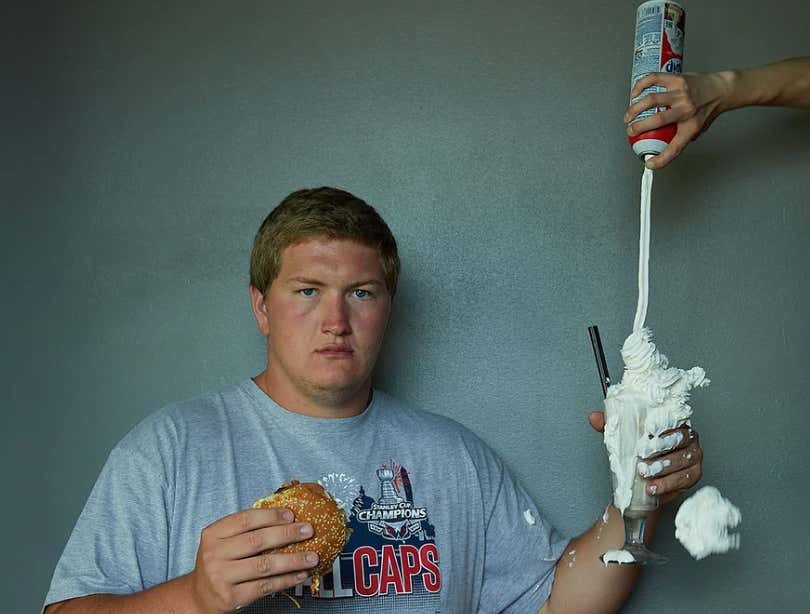 That fine young man above is Michael Deiter, who has achieved what every lineman has dreamed about: scoring a touchdown:

I’d love to get some stats on the number of calories the “Red Robin High Council” has destroyed over the past year. It has to be astronomical.

Junior right tackle David Edwards (6’7″, 315 pounds) was an option QB at Downers Grove North High near Chicago and signed with Wisconsin as a 245-pound tight end. But thanks to a diet that included two Chipotle burritos at a sitting, he has packed on 70 pounds and is expected to be the first of the group to be drafted.

Right guard Beau Benzschawel has yet to be admitted to the Council because of his insistence on ordering fish and chips or chicken fingers instead of a burger*.

First of all, Beau Benzschawel is the most Wisconsin offensive lineman name ever. Second, you do you Beau. Don’t change for anyone.